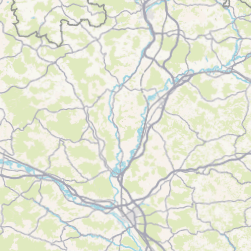 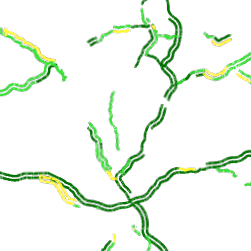 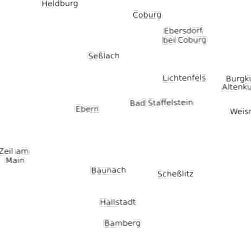 It’s all a question of character: ridiculing Nazis at the risk of your life and not making a Hollywood career out of collaborating with Hitler’s journeymen. Goebbels deserved the stink bomb, director Schunzel did not deserve his fate. Author: Xaver Fruhbeis

Sitting between two chairs is no easy task. And afterwards no one thanks you for it either. A man between two stools was, for a time at least, Reinhold Schunzel. Schunzel was among the most brilliant talents of Germany’s emerging sound film industry. He produced, directed, played villains, seducers, and airheads. Whatever Schunzel touched:
it came out a success. And this is how the new German Reich government decides in 1933:

The "half-Jew Schunzel can still be useful to us. While many of his colleagues are being fired, threatened, beaten, expelled, Reinhold Schunzel continues to work in Germany. That will be resented. He makes great films: the comedy of disguise "Viktor and Viktoria", the musical comedy "Amphitryon" and his last German project: "Land of Love".

Already in "Amphitryon Schunzel has included side blows against the German Reich. He demonstrates the stupidity of men, the vanity of courtiers and the hollowness of mass staging and ostentation architecture. With his next film "Land of Love, he builds on a real stink bomb. On the surface: an operetta-like farce of confusion. Beneath the surface, Schunzel pokes fun at government pomposity and the complacency of elites.
A Reichsfuhrer who has no desire for women, a beautiful blonde who has no desire to be paired with the Fuhrer, plus a limping police minister and a bombing, all by accident:
Clear indications of who is being teased in this film.

The supreme lord of the German film industry, Propagandaminister Dr. Joseph Goebbels, gets all this much too late. For the 29. April 1937 is the premiere of "Land of Love" announced. Two days before Goebbels takes a look – and is horrified. "The film brings us a tremendous damage", he writes in his diary. "He must not go out like that. That’s what this half-Jew Schunzel did on purpose. But I will clean up this mess."

Goebbels has the premiere cancelled without further ado. Justification:
technical problems. The head of production of the film company is fired, the screenwriters are taken care of by the Gestapo. The film itself can’t just be thrown away, after all it cost almost a million and a half. So they re-shoot scenes, re-cut it, and after two months, in June 37, comes "Land of Love" in a toned-down version in the cinemas. The name Reinhold Schunzel is not read in the credits.

A question of character

Schunzel himself left the country before the Gestapo could take hold of him. In Karlsbad he meets Louis B. Mayer, the third part of the American film company "Metro Goldwyn Mayer". And he makes him a tempting offer. He should work for him in the USA. Schunzel travels to Hollywood.

But there are already Germans there. Colleagues who left home earlier than Schunzel, fled, expelled, sent into exile. And they are now scheming against Schunzel. Every decent person has turned his back on Germany in the past, why not Schunzel?? Did he help the Third Reich to earn foreign currency with his films?? It is said to lack character, profiteering. From such actions speaks mainly the fear for his own business. But: they work. Schunzel, who risked his career to ridicule Nazi celebrities, is shooting a few more films in the U.S., but he doesn’t really stand a chance. Finally he stands again in front ofthe camera, and plays for the Yanks – the evil Nazi.

Schunzel returns to Germany in 1949. Again too late, again others have beaten him to it. And he doesn’t have much time left anyway. In September 1954 Schunzel dies, 65 years old, in Munich.
His heart has failed.