In an interview with "Manager Magazin", investment advisor Reinhard Panse gives advice on how investors can protect themselves against inflation.

According to Panse, this problem affects 50 percent of Germans.

Since inflation protection through real estate only applies with restrictions, the wealthy clientele also has a problem, explains the asset manager.

Reinhard Panse is an expert in the field of asset management and has been looking after the financial investments of wealthy people for more than three decades. In an interview with the business magazine " Manager Magazin", Panse expresses his concerns regarding Germany. "In Germany, we have the lowest unemployment rate in the entire euro zone. The eurozone average is more than twice as high. France, Italy and Spain are even higher," Panse explains. He continues, "These countries also have bigger debt problems than Germany, so they will want to prevent the ECB from adequately fighting inflation. In addition, the central banks now also look at the financial markets, where too strong interest rate steps can lead to distortions". So the inflation rate will remain high for the time being, if only because debt is higher today than it used to be, says the asset manager.

50 percent of Germans should be worried

The wealthy clientele, who own stocks, real estate and gold, among other things, are also well positioned for higher inflation rates, he says. According to Panse, however, 50 percent of Germans should be worried: "Namely, those 50 percent who have neither real estate nor a stock portfolio. They will be hit hard. Because their old-age provision, be it a Riester contract or a life insurance policy, is largely underpinned by fixed-interest securities," he says in an interview with Manager Magazin. In these cases, the return is six to seven percent below the inflation rate. Panse finds it very depressing that the state is doing nothing in this area.

The wealthy clientele, however, have a different problem: The inflation protection provided by real estate is only valid with limitations. For investments in commercial real estate are currently clouded by the home office trend, retail is threatened by online trade. "Even an investment in the high-priced luxury housing segment hardly offers any protection against inflation," explains Panse. 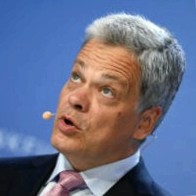 For someone looking for a property that brings the desired inflation protection, Panse has one piece of advice: simple new-build apartments in cities that are not "too bad" are best suited for the job. This includes the space around major cities. "Buying around Frankfurt is undoubtedly better than buying in Frankfurt itself," Panse explains.

According to Panse, shares and company participations should even offer better inflation protection than real estate in the long term. "The reason is that there is less political influence in the area," explains Panse. In addition, with shares, one can spread the capital much better. After all, companies also have advantages in times of inflation, he continues. Panse recommends the health and basic consumer goods sector. "Companies in these sectors are hardly dependent on the economy," says the asset manager. In addition, from Panse’s point of view, these companies also have strong balance sheets with plenty of equity and are less vulnerable to rising prices.