Dying Light 2 did not get an Ab-18 stamp from the USK. That is why the game is released as a cut version in Germany. We explain to you what this means. 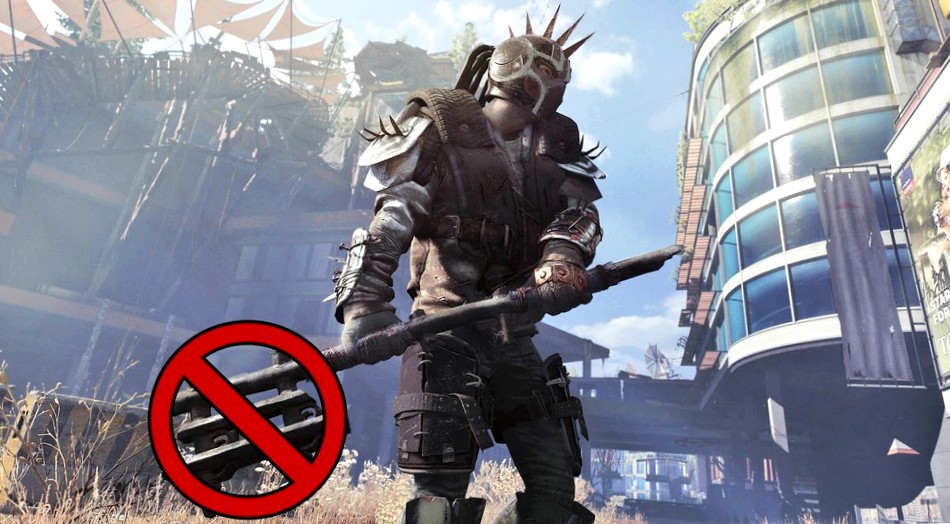 On 4. February 2022 Dying Light 2 is expected to be one of the few current titles not to be released as an uncut original version for the German market. By its own account, developer Techland has failed to get a USK rating for the game despite numerous attempts and exhausting all legal means available to the company. This would have been necessary for the distribution of the original to 18+ year olds.

Techland therefore feels compelled to release a specially adapted version Of releasing Dying Light 2 for the German market only. However, many players are now flirting with the Buying the Uncut version from the european neighbor country.

We have compiled a FAQ for you to answer the most important questions around the consequences of this decision. One click will take you immediately to the question that may now be burning under your nails:

In addition to our own research, we also contacted publisher Deep Silver and asked for more information. As soon as we get an answer we will post the new info here.

Am I allowed to own Dying Light 2 Uncut at all??

Short answer: Yes. If you are over 18 years old, you are allowed to import an uncut version of Dying Light 2 from abroad or get it from a retailer, even if it is not sold in regular stores or advertised publicly in this country.

Which version do I get as a preorderer?

If you pre-ordered Dying Light 2 some time ago, you should also expect to receive the version intended for your home country – in this case, the cut version. If you don’t want this, you have to check if a cancellation of your pre-order is still possible.

Where can I buy the Uncut version?

If you want to own Dying Light 2 uncut in physical form and still want to hear the German voice-overs, you should check out retailers in Austria or Switzerland. But keep in mind that you might have to pay additional costs for importing the games.

Digitally the matter is already more difficult. At Steam you must truthfully state your residence in your profile, otherwise you will be threatened with an account ban. Also the activation of a key via VPN does not work for quite some time now.

That’s why you will only be able to buy the cut version of Dying Light 2 in Valve’s store. One possibility would be to have a person from abroad give you the key for the uncut version via Steam. Then you will also get the desired variant in this country. But it could happen that you have to wait up to 90 days before you can activate the key due to Steam guidelines, but we don’t expect this temporary block.

What are the differences between Uncut and Cut?

The German version will Only in digital form appear and be classified as USK 18. Along with this, however, some changes have been made to the game. Players will not be able to kill neutral NPCs or decapitate or dismember human enemies, unlike the original version. More changes you will be able to spot only after release.

According to the developers, the changes in the cut version should not affect the story, game progress or the basic gameplay. Nevertheless, Techland wants to submit further versions of the game to the USK, in the hope that the final German version will be even less different from the uncut game for release. German players should also experience the game as the developers have imagined it .

The fact that the game’s story doesn’t have to be changed is good news for all gamers, because it turned out to be a hidden highlight when playing Dying Light 2:

Do I have to pay attention to anything when activating the key?

In the meantime, developer Techland has spoken about this in the Steam forum. If you get a key from abroad and activate it in Germany, you have the following options no restrictions to be expected. Also, the version is not converted to the cut version upon activation. For example, if you redeem a key from Austria, Dying Light 2 will also be added to your library in this version.

How does the cut version affect co-op?

According to current information, German players will be able to play the co-op mode first Only with fellow players from your own region use. However, the developers want this restriction to be lifted as soon as possible.

Will I get all the updates even with the cut version??

We do not have any information on this point yet. Although it is safe to assume that the uncut version will receive all updates without any problems due to the content being identical to the rest of the countries. But it remains to be seen whether this also applies to the German, cut version. As soon as we get an official statement on this, we will post it here.

A problem-free supply of updates and DLCs for the cut version of Dying Light 2 is especially important because developer Techland recently presented its insane DLC plan. According to this, you can expect new content until 2027.

What do you think about the announced changes? Will they bother you, or can you do without such depictions of violence in games anyway?? Feel free to write us your opinion in the comments!