On 25. April 2015 earthquake in Nepal and the Himalayas. The earthquake reached 7.8 on the Richter scale and occurred at 11:56 a.m. local time. An aftershock of magnitude 6.7 followed the next day, and more aftershocks continued into June. For the people in Nepal it was a catastrophe for which they were neither prepared nor sufficiently protected. In the end, Nepal complained of over 10.000 deaths, and countless citizens of the state were left homeless – the quakes destroyed about 130.000 houses. Impressive acts of solidarity followed – from NGOs as well as from the world community. Nevertheless, the question arises as to why, in an age when we have the technology to protect entire high-rise buildings from earthquakes, such tragedies are possible. The answer is simple: Nepal is not a rich country. The University of Brighton is currently developing technology to protect buildings from earthquakes, which can also be used in poorer countries.

Earthquake protection on a grand scale

Much progress has been made in recent years in the field of earthquake protection for buildings. Systems that isolate buildings from the earth’s surface can significantly reduce, if not completely prevent, the damage that occurs during earthquakes. The problem is that the systems can only be installed in new buildings and are also quite expensive. So they are not really an option outside large industrialized countries.

There is therefore a need for technology to protect existing buildings from damage. This is important not only in view of the hundreds of thousands of homeless people in Nepal, but especially because a large number of fatalities in an earthquake fall victim to collapsing buildings.

Such technology is being developed at the University of Brighton’s School of Environment and Technology. A team led by Pierfrancesco Cacciola is working on a so-called "Vibration Barrier" (ViBA), which is designed to protect several buildings from earthquakes at once. The barrier is buried in the ground and is able to absorb much of the vibration generated by seismic shock waves. According to Cacciola, this can intercept between 40 and 80 percent of the energy before it causes damage to buildings.

The team does not look at buildings as individual entities, but tries to view them as an integral part of cities. The ViBas can protect individual buildings or groups of buildings, but they also serve as part of a network that can protect entire cities.

ViBa: This box protects against earthquakes

The ViBa itself is an inconspicuous little box containing a solid, central mass held in place by springs. In the event of a seismic event, the mass in the box vibrates, absorbing a significant portion of the impacting shock waves. The coupling with the surrounding buildings is done by the earth itself. The depth at which the ViBa is buried depends on how deep the foundations of the buildings go. 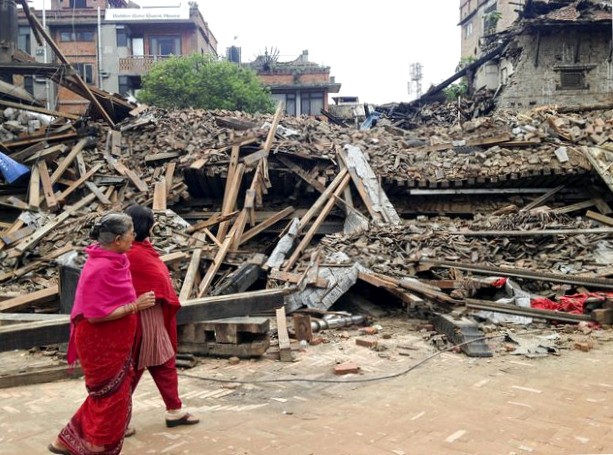 The devices can be used not only to protect against earthquakes, but also to isolate buildings from all other vibrations, such as those generated by road or rail traffic.

Size is a problem

Because the ViBas do not require costly technology, they would also be readily applicable in developing countries. There is one problem, however: the size. The units would have to have about half the mass of the buildings they protect. This again leads to a cost factor. But because the units can be deployed to protect multiple buildings, they could still prove viable.

At the moment, ViBas exist only in computer models. To use it in the real world, the team still needs to conduct some experiments to rule out damage from secondary vibrations. In addition, the cheapest possible way would have to be found to install the units.

In the long run, however, ViBas can contribute to the efficient protection of cities from earthquakes. They might have prevented a percentage of the deaths in Nepal.