Elden Ring is developed by FromSoftware, the makers behind successful games like Dark Souls 1-3, Bloodborne and Sekiro. In contrast to these titles, the action RPG relies on a real open world for the first time. Can this work? MyMMO author Tarek Zehrer tries to answer this question.

For several years now, the gaming industry has been experiencing an "open-world boom". Quite a few games, especially from the AAA-range, with high production and development costs now have an open game world.

More and more franchises rely on ever larger sandboxes with sometimes huge dimensions. Even the Halo franchise has now moved to an open world with Halo Infinite.

Now developer FromSoftware is following suit, offering a huge open world for the first time with the intermediate land in Elden Ring. How this should work and whether it works well, I will analyze here.

That’s why some see it critically: Titles like The Witcher 3, The Legend of Zelda: Breath of the Wild, and The Elder Scrolls 5 Skyrim are among the best games of the last 10 years and are often explicitly praised for their game worlds.

In the meantime, the open-world concept is often viewed critically. This is especially evident in the infamous "Ubisoft formula".

They feature oversized game worlds filled to the top with diligence and collection tasks that let players play mostly the same activities with minimal differences:

Such games are often designed to keep the player busy, and their content often feels like a means to artificially stretch out playtime. The dimensions are also often criticized in the meantime, many find the size of some maps simply too oversized.

The maps of Assassin’s Creed Odyssey and Valhalla have almost 100 km² or even more, depending on the calculation. By the way, this corresponds to over 14.000 soccer fields.

A video shows you the comparison of the different maps by size:

Some players are now almost exhausted by this and so the warning light goes on for some as soon as a new game talks about open world. Concern is also present in Elden Ring.

But is this one justified? What has it actually been like so far?

The level design of the Soulsborne games

How was it before Elden Ring? The game worlds of FromSoftware games all work on similar principles:

Nevertheless, for numerous fans they are among the best game settings created so far.The narrow corridors, confusing paths, and the numerous enemies lurking around every corner give a sense of menace.

In the end, most of the design is believable and coherent, making the game world feel "realistic".

By cleverly placing secret passages, treasures, traps, and other secrets, these worlds simultaneously encouraged careful exploration until you eventually find your way blindly through the mazes.

Whether it’s the gritty Lordran from Dark Souls 1, Yharnam from Bloodborne or the Japanese setting of Sekiro, they all have beautiful, gruesome and twisted areas to explore. The story here was told primarily through items and the environment.

The intermediate land of Elden Ring

This horse can be called at any time, or disappears as soon as you jump off its back. You can also fight from the back of your horse and traverse steep slopes in giant leaps.

We also already know some weird creatures that we can encounter in the game world. Here you can watch some scenes from the first area, called Limgrave, in the gameplay:

How much Ubisoft formula is in Elden Ring?

With its game world, Elden Ring is attempting a balancing act: on the one hand, they want to keep the familiar and very successful gameplay from Dark Souls, Sekiro and Bloodborne.

On the other hand, you want to break new ground with the open game world. The dangers of this are obvious:

Or in short, could Elden Ring "fail" at its new open world and degenerate into boring busywork?

That’s how you want to avoid it: Thanks to reports and the known gameplay scenes from the network test, this can be answered at least in part.

Unlike games like Far Cry or Assassin’s Creed, the map is not overflowing with icons or question marks marking "interesting places". Instead, you can set markers yourself and must explore the world to discover its secrets and treasures.

Side tasks are also not displayed via a diary or something similar. You have to interact with NPCs directly and don’t follow a fixed quest structure, as far as we know so far.

The inhabitants of the intermediate land sometimes act dynamically. So they don’t just stay at fixed points, but also move through the game world. So you may be attacked by a dragon at random locations at times.

Currently, it at least looks like FromSoftware is staying true to its previous virtues despite the open world:

Once again, the game world is told gradually through the level design, NPCs and items, rather than in elaborately staged dialogues.

Elden Ring could thus avoid typical open-world traps. Especially dynamic events and random encounters, like with the dragon, are supposed to provide variety and make the world seem alive.

Also, it’s not as if the level design from the earlier games is completely history. On the contrary, because an important part of Elden Ring relies exactly on that.

Legacy Dungeons are reminiscent of the best in Dark Souls& Bloodborne

What does the intermediate land offer apart from the open world?? This is where the dungeons of Elden Ring come into play. There will likely be two different types of this:

These are legacy dungeons: The first, known Legacy Dungeon from Elden Ring reminds a bit of the castle Lothric from Dark Souls 3. You can definitely compare these dungeons to some areas from previous FromSoftware games in their structure and designs.

They are narrow, convoluted, full of secrets and dangers, and a boss awaits you at the end.

With the new freedom of movement thanks to new game mechanics such as the manual jump, it can also be assumed that there will also be more opportunities for exploration. This should have an effect on the placement of items and hidden items, for example.

Conclusion: I count myself among the people who love the games of FromSoftware just for their very good level design. Few worlds, despite their dangers, have captivated me and motivated me to explore every nook and cranny as much as those in Dark Souls, Bloodborne, and Sekiro.

Accordingly, I am actually one of the people who were rather skeptical about the announcement of a completely open world. After all the info we have so far about the game world and the first area of Elden Ring, I’m cautiously optimistic.

Because if FromSoftware manages to actually translate their level design skills into an open-world model, there could be a game world waiting for us here that is actually exciting and motivates you to discover its secrets. In addition, we do not have to do without the well-known level design, which is simply shifted to the dungeons.

Of course, with about a month to go before release, it’s impossible to give a final answer, and there are still quite a few pitfalls the game could stumble into. Who knows if the rest of the game world can keep this quality?

Currently, however, it seems to me that Elden Ring follows only a few of the now "spent" open-world trends. Much more seems to stay true to their own line once again and create their own variation of an open game world.

In addition, there is also the multiplayer with co-op and PvP, which should provide additional variety. So I am optimistic and looking forward to the intermediate land. 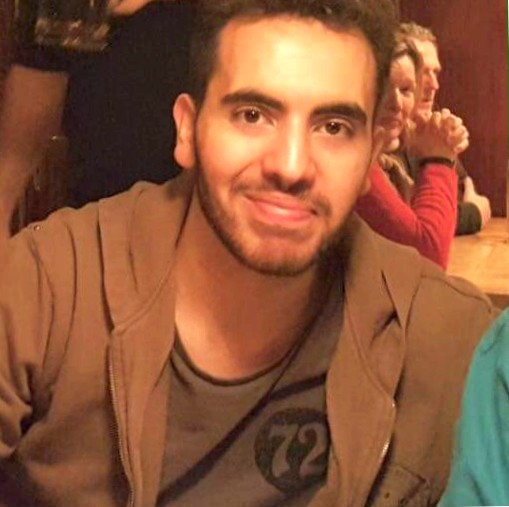 When is Elden Ring coming? The action RPG will be released on 25. February for Steam, PS5, PS4, Xbox Series X|S and Xbox One.

What do you think about? Are you worried about the open game world? Or are you already looking forward to explore the in-between land?