At 21 she married and raised two daughters. Now she is 52 years old. The children are out of the house, the husband left her. Of the difficult task of finding oneself anew in midlife.

While her daughter is on the way to the other end of the world, Christine Tiemann sits (name changed by the editors) at the computer and flies with. She knows the flight number, keeps looking to see where her child is. Does the airport in Seoul already list the machine? Does she land on time? If the connecting plane takes to the air? What it might mean if she didn’t. Her husband asks her if she would like to get up. Whether what she’s doing isn’t over the top. Good, she says. At the stopover in South Korea, she lies down for a moment.

That was seven years ago. Christine Tiemann, 52, a dental assistant, sits in her kitchen and looks out into the park. When she had to let her first child go at that time, she still lived on the other side of the trees. Where she did laundry for four people and not just for herself. Of course, says Christine Tiemann, she indulged her daughter in the adventure. Then in Australia, later in Romania and Egypt. She was happy for her straight A student. The globetrotter. How she would have liked to say, stay. Instead, she said, "Go! Make your experiences!"

Whereas the letting go did not come abruptly. It happened very slowly. At some point, her two daughters closed the door on the phone and whispered as they walked across the hallway. They brought boys who called her boyfriend, had heartbreak, fell in love again. Still, it was hard when the eldest packed her suitcase. And went. No more wet towels lay over the kitchen chair, no used plate stood on the table. Christine Tiemann felt she had lost her role as a mother, her job.

"’It should be normal for parents to grieve a little’

When children leave home, some parents enjoy the reclaimed time. Others slip into a crisis of purpose. In the 1960s, American sociologists found a term for it: the empty-nest syndrome. Researcher Elizabeth Bates Harkins wrote in the early 1970s that the syndrome set in after the last child moved out and lasted a year and a half to two years. Family researchers like Georgios Papastenfanou differentiated the term. He speaks of the "pre-empty nest" when the process of detachment begins at home, the "partial-empty nest" when the children study nearby and come home on weekends, and the "post-empty nest" when they have moved out completely. In developmental psychology, a child’s moving out is one of the normal transitions in life. If parents sleep badly because of it, become depressed, they have an adjustment disorder.

How many women and men are affected is hard to say. In her patients, alternative practitioner Bettina Teubert often hears symptoms of empty nest syndrome and knows them from her own experience. When her children packed their lives into boxes a few years ago, she was proud, but also sad. Wondering why she was so miserable, she started the first support group of its kind in Berlin: the Empty Nest Moms. Although men also suffer, but they talk less about it. "It should be normal for parents to grieve a little," she says.

What made it bearable for Christine Tiemann to say goodbye to her first daughter was that the younger one was still there. The one who still doesn’t know what she wants to be one day. Who goes shopping at the mall instead of the thrift store. Who is not so restless, but would like to stay in Berlin. When she also left two years ago, her mother had a nervous breakdown.

Christine Tiemann needs a moment before she continues speaking. Avoiding direct eye contact. Letting go of her daughters was one thing. But something else came along. Shortly before that, Christine Tiemann came home from a health cure and was happy to see her husband. For the first time, he had sent her flowers, and written a poem saying how much he missed her. A day later he wanted her to sit down. He told her: "I’m sorry, but I’ve fallen in love. I would like the separation." After 28 years.

The feeling of being superfluous

For a while she went to Magdeburg to visit friends. On the phone, her younger daughter said she had written a letter to her mother. "The letter said she loved me very much," Christine Tiemann says, her voice quivering. "But that she had to make a choice, and she chose her father."She wipes a few tears from her cheek with a handkerchief and looks out the window again. Over to the park that lies between her and her old life. That wasn’t perfect, but seemed safe.

When her younger daughter moved out late summer before last, Christine Tiemann was not there. It had already been bad for her when the first daughter had taken her furniture away. Only a closet remained, her TV, a few of her books and pictures. Once again, she didn’t want to see the room where her child grew up become emptier and emptier. In the evening, Christine Tiemann came back and was alone in this cleared-out, quiet apartment. She didn’t have to cook, wash, get up for anyone anymore. So she didn’t. 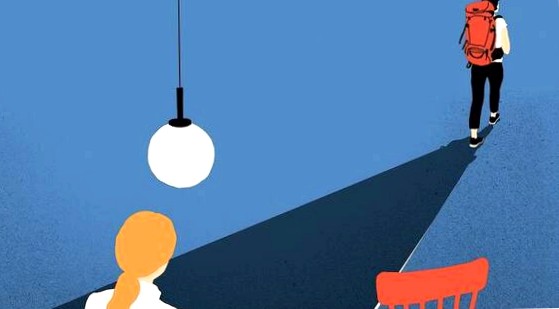 She had been a mother for so many years, waking the children in the morning, nursing them back to health when they were sick. Who was she now without that? Because this feeling of being superfluous wouldn’t go away, Christine Tiemann went to a day clinic and later to the "Silberstreif" association in Kreuzberg’s Bergmannstrabe. Here women like her meet. Overwhelmed by life.

In the self-help group, Christine Tiemann learned to redefine her role. It was especially difficult for participants who had stayed at home and only ever identified themselves by raising children. How long the women come to the meetings? "Most leave after a year or two," says Karin Blana, executive director of the association. Strong enough, they say, if they found a tango class at the same time they’d rather go to.

The wall in the conversation room is yellow, the cushions on the dark sofa patterned white and red. Blankets lie folded next to it. There’s a box of paper towels on the table. "Many women are afraid in this phase that they are no longer needed," says Karin Blana. With some of them, it shows that they are getting older. Or with the children moving out, the marriage is failing. Over time, partners have become pairs of parents who, tired from the day, only talk about the parent-teacher conference in the evening. Then suddenly there are two of you sitting at the table again, and the other person seems so strange to you. "Enjoying your free time together can be nice," says Karin Blana. Or disappointing.

She has started smoking

In addition, there is the half-time thinking: where am I in life? Where else do I want to go? I am around 50. Did I miss something?

Christine Tiemann stayed for almost a year in the 120-square-meter condo where she lived with her family. Then she moved out. What should she do with so much space? With two bathrooms. With all these abandoned rooms. She never went back into the former children’s rooms until recently.

Here in her new apartment in Wedding, it’s quieter, tidier – but also less lively. Christine Tiemann misses the cuddling, the fighting over the dishes, the loud music. When her daughters come today, she doesn’t care if they leave something behind. What they are discussing now is why the mother smokes.

A lot has changed. Christine Tiemann used to sit at the kitchen table with her family every evening, and on weekends for breakfast, too. That was important to her. Her day had a rhythm, her week a structure. At the dining table, she looked at the others to see if they were okay or just pretending to be. "I didn’t know everything, but I knew their daily lives and the friends they met." When she talks to her daughters on the phone today, there are just some names.

Behind Christine Tiemann hangs a picture from the photo booth on the refrigerator. From her and her daughters. They laugh. Cutting faces. Look happy.

Parents often fill the space taken up by children who have flown the coop with a pet or project. The nursery becomes a studio. Christine Tiemann went to the beautician and pedicure after working at the dentist’s office. Wanted to fill her free time and feel beautiful. At the moment she is trying out walking for herself, travels often, visits friends.

In the spring, Christine Tiemann invited her daughters, whom she calls "her girls," to a wellness weekend in Warnemunde. She takes out her cell phone and shows a few photos. In white, fluffy bathrobes, the three women sit together on a hotel bed and toast with champagne glasses. They are memories of good days.

Since Christine Tiemann is feeling better again, the relationship with her daughters has relaxed. With her younger daughter, she started meeting once a week to watch a series. She told her older daughter that she doesn’t have to worry anymore. That she’ll be all right, without bickering and sandwich tins. Instead of going swimming on the wellness weekend, Christine Tiemann laid down on a lounger. Read a book. The water was too cold for her. In the window, she saw her daughters watching her. The way she sat there, very still. They wanted to know if everything was okay. Her daughters haven’t quite gotten used to their new mom yet. 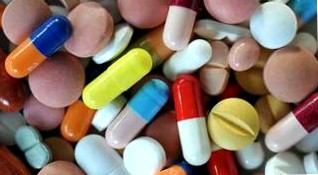 After a walk on the beach her daughters should already go ahead to the hotel. The mother wanted to stay for a moment, look at the sea, alone. When Christine Tiemann left home at the age of 21, she moved straight in with her husband. Now, at over 50, she has had to learn to be alone.