Everything is just a hobby? The definition of a hobby is in principle quite simple. One takes an activity, which consists of spent time and invested money. If the financial profit is higher than the investment, one speaks at least in the fiscal sense of a professional, respectively commercial orientation, if the personal investment is higher than the achieved profit, one has a hobby, respectively one pursues hobbyism. Is this broken down definition really so simple and above all, what value does music have nowadays?? 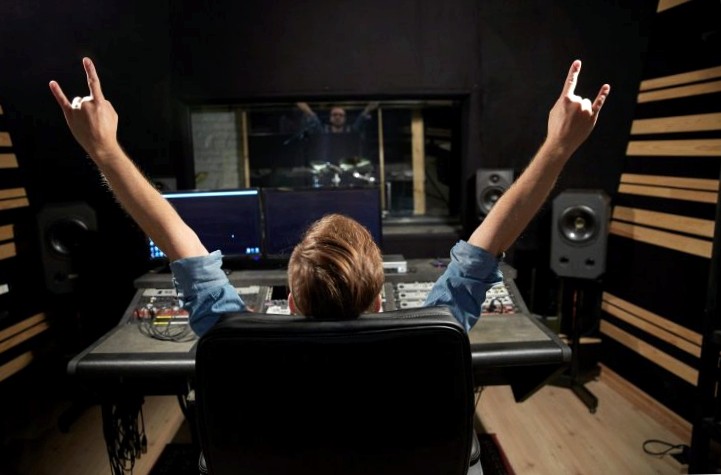 The magic of the past or the transfigured look back ..

The eternal "there used to be more tinsel" sayings, even though they have become very tiresome, unfortunately sometimes have a certain truth to them. A colleague of mine was recently asked by his son why music from the sixties is still partly present today and is played many times in advertising, at events or even on the radio. His answer was: "In the sixties music was created to generate emotions, today’s music is created to generate clicks"." In turn, one might ask, if music creators had the same technical capabilities 6 decades ago as they do today, they wouldn’t have produced the same inconsequential crap that largely floods streaming platforms today? For sure they would have! Or to put it another way, has the limitation of artists by technology meant that you’ve been forced to explore your creative craft in order to reach the fan?

Each musical epoch has, in addition to its mostly technically predetermined sound, its own unique way of musical performance, both in terms of orchestration, arrangement and musical realization. At the very beginning of the recording technique there was a band playing live, where one or maybe two microphones were used to try to capture the live sound to some extent and to press it onto the record as a direct recording. Gambled away, forgot the lyrics, reached into the potatoes? New recording or leave the mistake on. Accordingly, the musicians had to be fit on their instrument. Different volume levels? Jerk the respective instrument to the front or to the back of the room, done! With the simplest means it was necessary to build up moods, because "we had nothing".

With multitrack technology you could now not only take the instruments individually, but create more through overdubs than what the band would have been able to do in its natural construct. The drop in/out method, which was celebrated as the holy grail by singers and soloists in particular, made it possible for the first time to combine individual passages in order to get the most out of the artist’s technical skills in the studio, even if it was no longer possible to do this live. The beginning of the end. Why? I happened to see a live Supertramp concert from the seventies on TV a few weeks ago. Except for the fact that there was a bit more room reverb on the microphones and the saxophonist was a few times off in intonation, the concert was a 1:1 reproduction of the respective recordings on the record. Not only the instrumental passages sounded identical, no also the vocals were indistinguishable. Hard to believe in this day and age, where at least in the rock scene you are more than grateful if the singer can even come close to reproducing the studio recordings.

Yes, and then HD recording came along and with it the wettest dreams of all producers became reality. Everything, really everything, that one had dreamed of for decades, could suddenly be realized, which, especially in the eighties, sometimes led to gigantic productions that no longer had anything to do with a "classic" band constellation. Slowed down if at all by the processing power of the Macs/Ataris and the memory capacity of the respective peripherals, I just say AKAI Sampler 16 MB (MB, not GB!). This limit has finally been broken down in the last few years, as the latest DAWs have almost no limits in terms of tracks, plug-ins and automation, and all this for a price that 4 decades ago would have bought you just two official preamps in 19 inch format.

If you have read this far, you will surely ask yourself why the whole enumeration, everything known, everything already heard. Well, it should show you why the situation is the way it is. 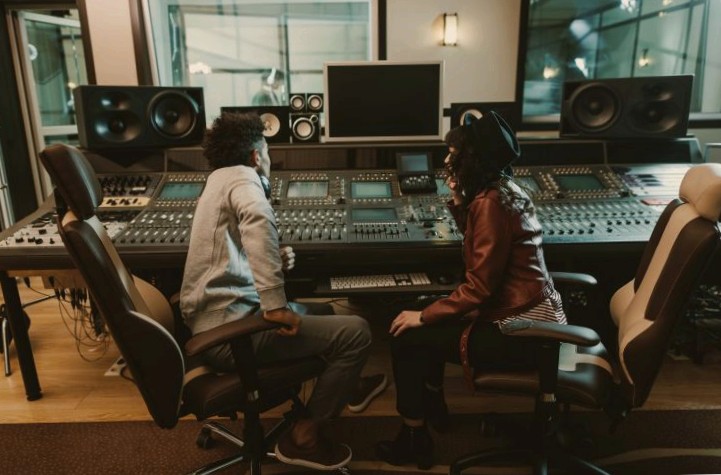 To determine the value of any action or item, let’s take a quick trip to "the world of evil," that is, let’s take a quick look at the financial industry with all its stocks, bonds, derivatives, P2P lending and cryptocurrencies. A valuation is very simple, everything that can be produced at great expense or is only available in small quantities is valuable, regardless of whether it is vintage cars, whisky, art objects or bitcoins. Anything that can be produced quickly, without much effort and in any quantity is comparatively worthless. Or in other words Bitcoin, to 21 million. Piece. limited, cannot be multiplied further and is produced with high energy expenditure to the absolute forgery security and rises in the long term ever more in the value. FIAT money like z. B. the US dollar is increased almost indefinitely, especially in times of crisis (every third dollar that z. Zt. is in circulation, has been printed in the last three years), is fueling inflation, and is constantly losing value.

Transferred to the music industry, this means that anything that can easily be produced in a home studio no longer has any value at all. The best example is orchestra recordings. Only a few years ago, the recording of a large symphony orchestra was associated with huge logistical, manual, spatial and financial effort. Today, you can fire up a high-quality library and, given the right arranging skills, create Hans Zimmer compositions on an assembly line in your bedroom. Result: Nobody listens to an orchestral part in a movie, a video game or a composition anymore, while they still bought the CD of the soundtrack of Star Wars to listen to the excellent work of John Williams at home.

What is in part a great enrichment for the hobby musician proves in many cases to be a death blow for the professional musician. Since almost every hobby musician wants to publish his creativity and in times of Spotify and colleagues this is also possible for everyone at a very favorable rate, the music world is littered with thousands of releases every hour, some of which are never noticed outside the personal circle of friends.

Nowadays, even with GarageBand, it’s easy to glue together pre-made loops with instrumentation without even knowing what you’re doing, let alone knowing how to play an instrument. When I ask guitarists in Fb, what they do musically, I get in 90% of all cases the answer: "I’m just learning to build up my home studio and work on my first CD."Mastering an instrument has quietly moved away from being number one in your personal musical life plan and is now only a means to an end to "record music". start a band? What for, is too exhausting! Keeping the ligament alive? Not worth it!

In good German, newcomers no longer have a chance to prevail in the flood of publications and professionals are no longer needed, because technology has almost completely replaced them, not to mention the Corona disaster. But where there are losers, there are always winners, so who benefits from the current development?? You might find it hard to believe, but it’s the established producers and the big music department stores.

Since Corona at the latest, sales of instruments in the lower and lowest price categories have multiplied. Already in the middle price range ends the hype, because many musicians do not understand the sense behind a higher quality, but also better sounding instrument, especially since the sound of the recording with them at a 300, – Euro or 3.000 euro guitar sounds identical, so why spend more than necessary?

A look into the crystal ball ..

What will the future look like. I will truly not be so presumptuous, here is a final statement in this regard. to meet, but with now just over 40 years of experience as prof. Musician I can at least see a development as a given. Music will continue to be "consumed" even more than ever before, without the "consumer" having even a hint of interest in the artist, the song title or a story about the song. Every song has already been written in principle and is finally only reproduced in a slightly modified form as a new title.

This development will continue, and in my opinion AI (Artificial Intelligence) will increasingly enter first in the "pro" business and then also in the consumer sector. As a producer you will enter your desired style, choose a performer as a model and the AI will then compose the track for you, mix it and possibly add a new song. she also has an API to your digital distribution, which immediately put the title on Spotify etc. sets, d. h. even more titles in even shorter intervals without any performers. If you should ever need to hear it for the cover or playback shows etc. If you need a model, you choose one from the catalog and book her by the hour. By the way, this here is no cynicism, I am sure that it will go in this direction. First results you can see z. B. hear here:

No, it’s not Hendrix, it’s an AI! Except for the vocals, everything was created by computer ..

There will still be bands having a good time after work in the hobby cellar with a beer and maybe playing one or two shows a year in the local pub (if this corona survived …), but a lively scene of musicians meeting with their instruments to play in front of people without backing tracks and earning serious money in the process will no longer exist in this form.