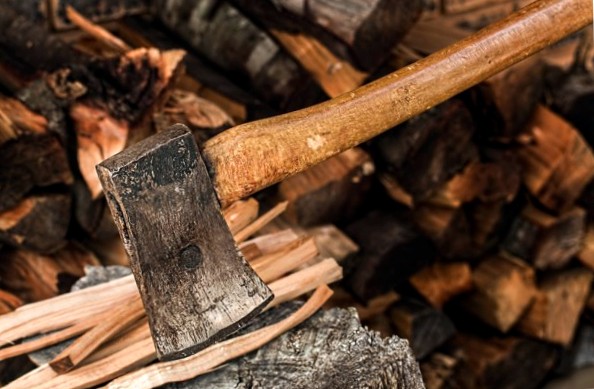 Reasons why people want to cut down a tree can be very different. This is how you can Firewood want to cut yourself for the fireplace. Or the tree is getting on in years and needs to be removed before it topples over in the next storm.

At first glance, felling a tree does not appear to be a major problem. In addition to the necessary Permits it also depends on the subject Safety to. What lies closer to the self-supporter than to make firewood himself??

Which trees can be felled without a permit?

Of course, not everyone is allowed to simply go into the forest and cut wood as they please. This has private-legal, but also forestry reasons. Basically, before you cut down a tree, you need to know about it, Whether it is allowed at all. There are some laws and regulations in Germany that are based on the German Federal Nature Conservation Act. But disinformation often prevails in the private sector as well. Here is for most: my garden, my rules. But this is not the case at all.

As with woody hedges, trees may only be pruned and felled if this is done between October and January. The reason for this is to protect songbirds that would otherwise be disturbed in their nesting behavior. In addition, the restrictions also keep an eye on climate protection. Thus, when cutting trees often need to plant a replacement. If trees are of a certain size, they are protected and may not be felled. The limits are:

In the event that one wants to cut forest his own firewood for the stove, inquire in advance at the responsible forestry office. If trees are used for felling because of pest infestation o. a. Once the tree has been released, the forester can tell you exactly where it is allowed and what needs to be observed. If necessary, a small fee can be charged for this.

Now the first thing to do is, To estimate the tree correctly. What curvatures does the tree have? If it has an overhang as a result, which significantly determines the direction of the fall? If the tree is standing at an angle on a slope or if there are strong roots on one side, this indicates that the tree has a bend Direction of fall towards? The direction of fall of the tree is influenced by many factors. It is not uncommon for the layman to make a misjudgement and accidents happen.

Further one should look whether "dead" branches are at the tree, which could fall down when felled. If there is a risk that the tree may "pop up", for example because it is under tension? And of course: Does the tree have a possibility for free fall, or do surrounding trees or even houses or vehicles interfere?? The environment has absolute priority! Only when all dangers have been accurately assessed and a clear escape route is available can the tree be felled.

First, the so-called Notch the tree cut. This is a V-shaped cut, which is made in the direction of fall of the tree. For this purpose, up to one third of the trunk is first sawed horizontally into the tree. Then the wedge is cut out diagonally from above. Once this is done, work continues from the opposite side. With a chainsaw this can be done more precisely, with an axe it requires some practice. Afterwards, the bark must be cut off at the edges of the felling notch, so that the tree can be felled properly and no coarse particles fly around.

Saw out the drop notch

The felling of a tree for the extraction of firewood is not always an easy task and requires some experience, especially with larger trees. Very important: It does not depend on the fact that the tree falls – but that it falls properly and does not cause any damage. Therefore, it is also quite an option to let a professional do the job. If the tree is lying, it must be cleanly lopped and pre-cut for processing. It can also be checked whether there are pests in the wood, which one would rather not have in the house.