In Germany, a report is understood to be a Text, in which a facts or also An action is presented. The way of presentation is factual and the perspective is objective. German reports do not contain a valuation of the author. At Journalism the German report is a frequently chosen form of presentation.

However, the reader should always be critical and question whether the objectivity of the report is really guaranteed.

In a German report in the journalistic field, the various so-called W-questions are dealt with, i.e.:

Who?
What?
How?
Where?
When?
Why?
What consequences?

Further information and tips on reports: 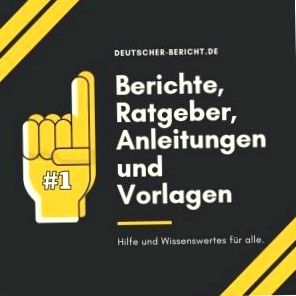 Another characteristic of a typical report is that Preterite as tense. Here, the report is clearly outlined and no time jumps may be made and the order must be chronological accordingly.

In addition, the author of a report must not build up tension in the course of the report, as this would counteract the objectivity of the report. In a report, literal speech should continue to be avoided as far as possible.

In addition to journalism, the report also plays a major role in administration. Here, too, the focus is on the factual presentation.

steps for the perfect report:

This is what will change in 2022 in terms of mobility

Report: 5 questions about eCall in cars

Report: 5 questions about eCall in cars In a serious traffic accident, every second can count. If someone involved in an accident is injured, in shock or has even lost consciousness, it may take quite a while before an emergency call is made at all. In the stressful situation, it can also be difficult to give rescue workers.. Report: 5 questions about eCall in cars read more

Report: the most important info on blood donation, 2. Part

Report: The most important information about donating blood, 2. Part Whether after a serious injury, in the case of some illnesses or during a birth: There are many situations in which a blood transfusion is urgently needed. But for the life-saving transfusion to be available, there must have been appropriate blood donations beforehand. Most people realize that blood donations are very important. … Report: The most important info on donating blood, 2. Read more

Report: The most important information about donating blood, 1. Part

Report: The most important information about donating blood, 1. Part Blood donations can save lives. For example, if a blood transfusion becomes necessary after a serious accident, during childbirth or in the case of certain illnesses. But although everyone knows how important blood donations are, and very many people are in favor of them in principle, the percentage of Germans who actually regularly.. Report: The most important info on donating blood, 1. Read more

Report: What is the digital Euro all about?? 2. Part

Reportages and reports are published in the most different variants. With the increasing possibilities on the Internet, radio, newspapers and magazines, it depends in detail not only on what is written about in reports and articles, but also on the mood of your friend. is reported. One of the things that is currently very popular to report on is, of course, the "Climate change".

However, it is very difficult to distinguish whether these are actually reports on climate change. Much more often you can find reports about the effects of global warming, as well as the people and animals affected by it. But also occurring weather phenomena are described and discussed very extensively.

As most people surely know, there are not only "supporters" of the global warming theory, so there are of course also opposing reports, which are also based on "information" from the past resp. of the past development come to a different conclusion and consider these changes in the weather situation, as a natural "cycle".

Reportages and reports become however also to the most diverse cultural and social events written. Whether it is an artistic presentation, or a "questionable" election in another country. As an author of such reports one has countless possibilities to find a suitable topic for his articles.

It only becomes difficult when you actually have to do on-site research for a topic. Here it can be also times that one in some areas, with a Research is not welcome. From an economic point of view, are of course the reports for the authors and also the "Publisher" interesting, which are interesting for many people and thus can be "sold" well.

But "reportages" have also become more and more interesting for advertising, because you can publish reports about certain companies and of course also their products and services.

These give the potential customers a much more "serious" looking "Presentation" of the company, than a classic advertisement. In some parts of the public, however, such reports are seen very critically and even among the "reporters" not always like to publish, even if they are very interesting financially.

A report is first of all a text, which describes an event or a circumstance, whereby this text is written objectively and without personal valuation of the reporting party.

Especially in journalism, the report has an important role, whereby reports in journalism can be divided into three groups.

In this variant of reports, the person present on site documents Reporter current events from his point of view, but usually without explicit expression of his own opinion. In principle, there is no set structure for reports, but in most cases the pyramid structure is chosen.

Pyramid structure means that the core statement and the most important information are mentioned first, followed by all other information. In addition, reporting is usually done in chronological order, although it is permissible to place the current event in the context of other topics or events. A form of reports similar to the reportage are features, which explain complexes of topics on the basis of a concrete example event.

The essential intention of background reports is to make an event or a fact understandable by providing further information. For a background report, too, the principle of Neutrality Applies.

A background report is composed of the elements event and its history or theme background, data and statistics, analysis of the reporting person, and quotes or documents from involved parties.

Basically, background reports are comparable to comments, but do not provide for conclusions and are not intended to spread an opinion. Typical characteristics of background reports include the wide variety of sources used and the fact that the reporter strictly adheres to his or her sources, especially when making predictions and quotations.

These are the most common Form of reporting on television and radio. The characteristic feature of live reports is that live reports report on an event immediately at the time it happens, i.e. the reporting takes place without any time delay.

A form of report related to the live report is the news or live ticker in the Online journalism. Short reports are written, limited to the essentials, with a short time delay between event and report possible.