Expert tips on bird attacks How to behave in the event of a bird of prey attack? 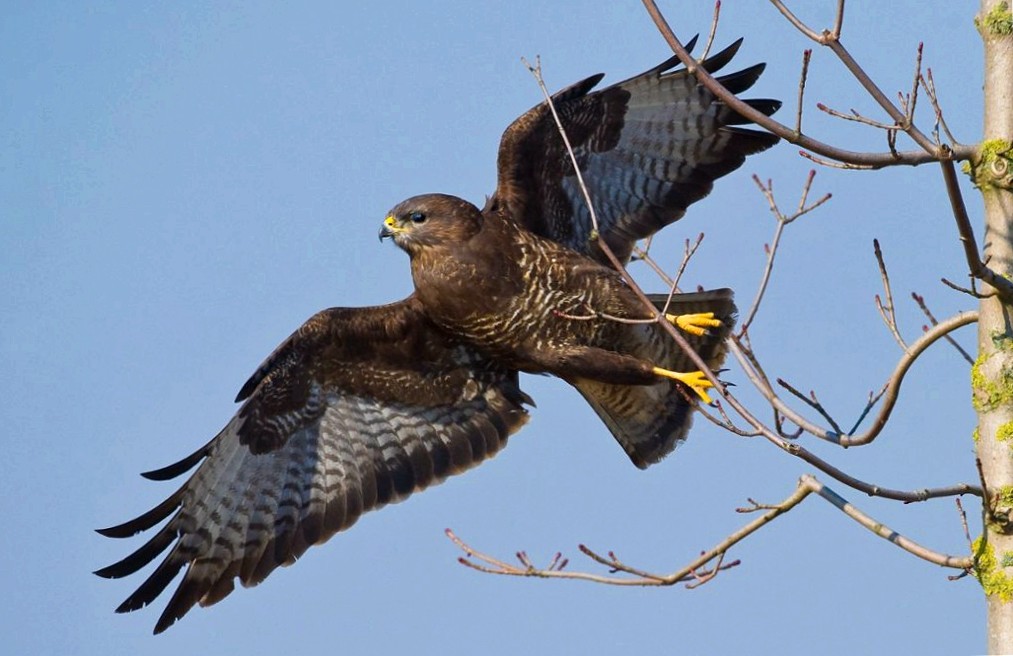 Every year around the same time, joggers in particular are increasingly attacked by birds of prey, often leaving the victims with scratches or bumps on the head as an unwanted souvenir. A falconer explains how best to behave in the event of such an attack.

Stuttgart – Whether joggers, cyclists or inline skaters – every year, those affected again report attacks in which they are seemingly attacked by birds out of the blue. Here’s why, and the best way to deal with such an attack.

Above all in the months May to July it can come frequently to attacks of gripping birds. During this time the raptor offspring slowly fledges and leaves the home nest for the first time, explains Vanessa Muller, falconer of the Garuda falconry in Weil im Schonbuch.

Supposed threat to the offspring

The young birds move away from the high treetops where the bird parents have built their protective nests and hop from branch to branch towards the ground. Thus, they come closer and closer to the dangerous zone near the ground and the bird parents are on heightened alert. They perceive people passing by on the ground as a supposed threat to their offspring.

In Stuttgart and the region different kinds of gripping bird are domestic, as for example buzzards, kestrels, kites, goshawks or also owls, knows the falconer from Weil im Schonbuch. The buzzard is one of the most widespread birds of prey in Germany. "That’s why this bird species is involved in raptor attacks," says Muller.

Why do birds of prey attack humans?

Now, when an unknown threat, in the form of joggers, cyclists or walkers, approaches the tree and thus the bird of prey’s offspring, the birds’ natural protective instinct kicks in and they swarm out to drive away the potential threat, explains the experienced falconer.

While people continue unsuspectingly on their way, the bird of prey flies overhead. "In the process, the animals emit cries that are considered warning calls," says Mueller. If these warnings were ignored, it can become dangerous. The birds then push from the sky and fly a so-called mock attack, but turn away shortly before the actual target. The animals do not want to hurt people, but to drive them away from their trees or territories, knows Vanessa Muller.

It can happen that the birds graze the heads of humans with their claws. "Birds of prey always attack the highest point, which is the head," says falconer. The animals also usually attack from behind, so people don’t necessarily see the attack coming, Muller reports.

Because bird claws are very sharp, the resulting injuries vary from bumps to bleeding scratches. Depending on whether and how violently the bird of prey hits the person during its mock attack.

How can I protect myself from a bird of prey attack?

The most important thing is to slowly move away from the tree where the bird of prey’s nest is located. A distance between 50 and 200 meters should be sufficient. Quick movements, such as running or jogging would make the birds more likely to perceive you as a threat in this situation and therefore more aggressive. "Birds don’t usually pursue their target, they abandon the threat as soon as the distance between the supposed enemy and the home nest is large enough," reports the falconer.

To effectively protect themselves from attacks, Vanessa Muller also recommends wearing hats or caps. In this way, the head is not completely unprotected in case the sharp bird claws do hit their target. The arms can also be held protectively over the head.

In addition, you can take advantage of the fact that birds always attack the highest point by using a stick or branch, an umbrella or something similar and holding it above the head. So instead of the head or arms, the object becomes the target of the attack. In any case it is advisable to remain calm as far as possible and not to provoke the bird unnecessarily, advises falconer Muller.