The jungle test in episode 12 of "Dschungelcamp" has it in itself: Manuel and Eric should have best no fear of heights.

Just recently Filip Pavlovic had to fight twice as hard for food in "Dschungelcamp" than anyone ever has before. After all, Eric Stehfest’s refusal to take the exam meant that all the campers once again only got rice and beans.

After Eric apologized for his behavior in front of the assembled crew in episode 11, he gets the chance to prove himself again today. Manuel and he are to go into the next jungle test!

Tina Ruland, who has to leave the RTL camp at dawn, wishes Eric all the best. "Eric, rock the thing!" she whispers to him. 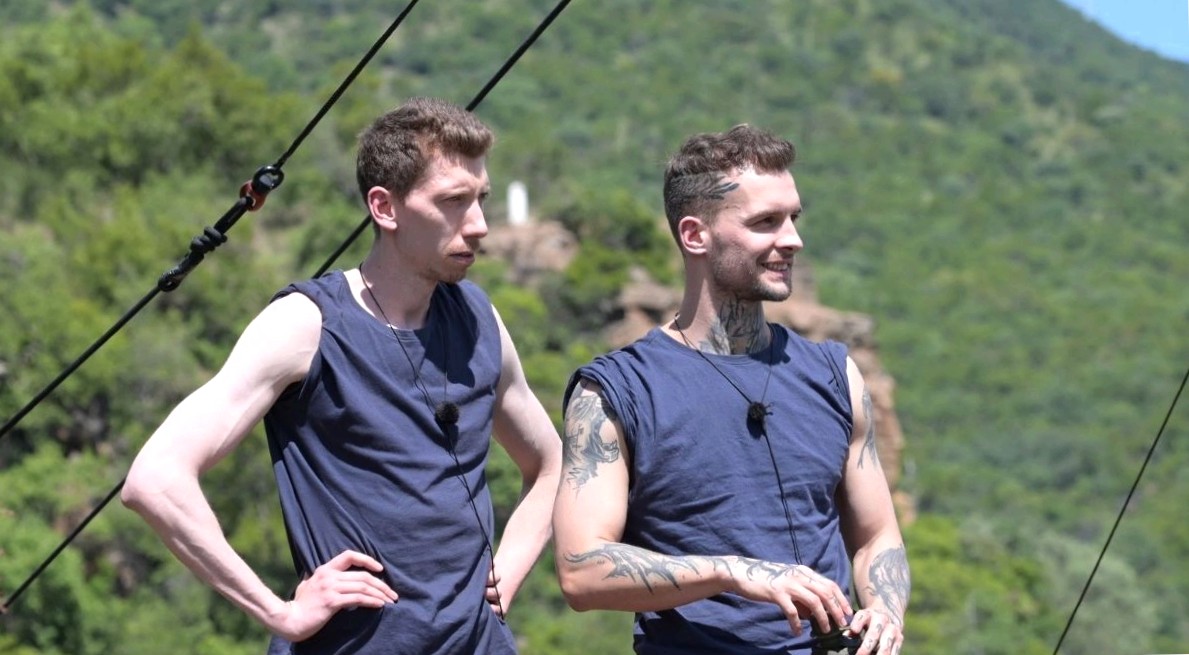 Dangerous test over the abyss

And this test is a real challenge! For the viewers, who had looked forward so much to the test of Harald and Linda, but could not take place due to the strong wind, can now rejoice. It takes place again and with Eric and Manuel. By the way: Today, Dr. Boooooob the moderation of the jungle test "Stars on the precipice 2.0″. Premiere for the jungle doc! Against a sensational natural backdrop above the third largest canyon in the world (!), the actor and the former "Prince Charming" contestant have to throw themselves into the depths.

Well, not quite into the depths, but into a net that floats freely in the air in front of them. From a trampoline at the edge of the canyon, the two jump into the net and have to stay there for five seconds, depending on how far the trampoline is from the net during each jump. If they make it, they will be rewarded with one or more stars. If they do not make it, they fall – although secured by a rope – deep down into the gorge.

Can Eric make it?

There can be times the Allerwerteste go on Grundeis. "Now we are already chained, now there is no turning back. Always forward, that has always been my motto," says Manuel Flickjnger. But first Eric Stehfest has to jump. The net is now three meters away from the trampoline.

Eric makes it, can cling to the net with his hands and holds the five seconds. "I believe I can fly", he shouts happily as he lets go and is then pulled up. "I underestimated the distance, but it worked out," says Eric, who gives valuable tips and tries to motivate Manuel. "Start up nicely and jump off well. You can do it! I know it. There’s more to you than you think. Now show it!" 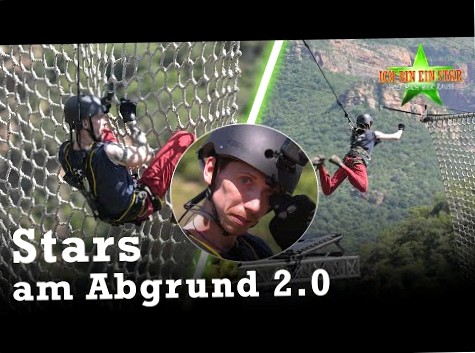 Manuel does not dare at first

Now it’s Manuel’s turn. He carefully advances the footbridge a few steps and stands over the precipice. But his courage fails him – he hesitates, goes forward and back again. Eric shouts: "Don’t think! Spring!"And then he finally does it! The 33-year-old really jumps into the net and clings long enough. With tears of joy in his eyes he takes Eric in his arms. "You have overcome your fears! Very well done," praises Bob.

Two stars, one per jump, have Eric and Manuel so fought for.

That’s how many stars they got

"Now the net is four meters away from the trampoline," explains Dr. Bob. "We can do that too, it’s fun," exclaims the visibly relaxed Manuel confidently. And so it comes. Both reach the net even further away and are thus assured of four stars.

The last jump, which only a star can make, is for three stars. "It’s twenty feet to the net," says Dr. Bob. Eric passes the jump to Manuel."Fly as far as you can. Get the three stars!" And Manuel flies, flies, flies – unfortunately, however, very close to the net past. "Don’t worry about it. You jumped off! All good! You have exceeded your limits," praises Eric. Both fall into each other’s arms. Also Dr. Bob is happy for the two. "It was so close, but you go into camp as heroes and have overcome your fears!"

With four stars Eric and Manuel return to their fellow campers.

As usual, the episodes of "Das Dschungelcamp" 2022 will also be available for streaming. You can either stream season 15 live at airtime or watch it as a repeat at RTL plus, formerly TVNow.

This year there will also be the popular jungle talk in the "hour after". The talk show is hosted by Angela Finger-Erben and jungle princess Olivia Jones. From 23.15 o’clock will take daily former jungle candidates on the couch, in order to examine the current episode, as well as the candidates exactly under the magnifying glass.