In the guide, you will find information on the following topics:

What types of fever are there?

The most common type of fever is bacterial fever. Thus, fever occurs much more frequently than in viral infections in the context of bacterial diseases, for example in the case of pharyngitis, middle ear or sinusitis, but also in the case of local bacterial infections, such as abscesses or inflamed wounds.

Septic fever, on the other hand, occurs in the context of poisoning, such as blood poisoning, and is much less common. Also the so-called aseptic fever, which can occur for example after operations, does not occur too often and often goes unnoticed, because the temperature rarely rises above 38 degrees Celsius.

Other very rare types of fever are central fever, which occurs directly in the thermoregulatory center of the brain, for example due to meningitis or craniocerebral trauma, and thirst fever. The latter is caused by a persistent lack of fluids and a resulting disturbance of the heat balance, it occurs mainly in very old people who drink too little.

When does fever occur preferably?

Fever in the vast majority of cases affects children and infants, the tendency to fever may decrease somewhat with age. Preferably fever occurs in the context of bacterial, but also viral infections. Particularly in childhood, it is often an accompanying symptom of flu-like infections or bronchitis and middle ear infections. Also, when children are teething, this can be accompanied by fever.

Many of the classic childhood illnesses are also accompanied by fever. However, this must be distinguished from 3-day fever, which usually occurs as a single symptom and has no accompanying symptoms such as cough or cold. The 3-day fever is a viral infection, triggered by a human herpes virus, which is followed by a rash after 3 days, usually very high fever, which disappears again within a few hours to days. Fever can also occur in rare cases in the context of accidental injuries with tissue destruction and in tumor diseases.

Does fever need to be treated by a doctor?

Since fever is not a disease, in many cases it does not need to be treated at all. However, there are other accompanying symptoms, such as a persistent cough, purulent sputum or other illnesses that trigger the fever. Since fever is a useful defense mechanism of the human body, doctors today always recommend, of course, taking into account the underlying diagnosis, not to reduce the fever to 39 degrees Celsius.

It is advisable to reduce the fever only at higher temperatures or in case of general indisposition due to the fever. There are numerous non-prescription medications available for this, the most commonly known fever reducers being paracetamol and ibuprofen. 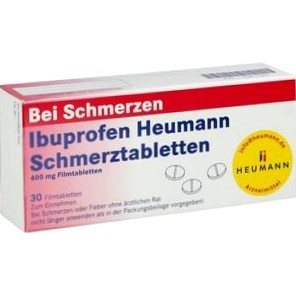 Medication for the causal treatment of fever
If the fever is due to a bacterial infection, such as streptococcus, which often manifests itself in tonsillitis or ear infections, causal treatment is always necessary. In these cases, the doctor prescribes antibiotics to combat the bacterial infestation. In most cases, fever-reducing medication can be taken in addition, if necessary.

Home remedies and tips against fever

Patients with fever should always drink plenty of fluids to compensate for the loss of fluids caused by profuse sweating during fever. In addition, especially in children, cold calf compresses are suitable to reduce fever. Fever occurs in two phases, the rise and the fall of temperature. When the body temperature rises, the limbs are usually cold. The fever has not reached its peak until the arms, legs, hands and feet also become hot. Calf compresses are particularly effective in this last stage. It also makes sense to let a lot of air get to the skin at the peak of the temperature so that the heat can be dissipated.

As a home remedy, in addition to the calf wraps already described, trunk rubbing baths and tub baths with descending water temperature have proven effective. In severe cases, ice-water bags, which are placed in the groin and cause a rapid drop in temperature, can also be used to dissipate body heat.

Sudden high fever without other typical flu symptoms should always be presented to a doctor to find out the cause.

First aid – what to do in case of a febrile convulsion?

A febrile convulsion ends on its own within a few minutes. In severe cases, an emergency physician may administer an anticonvulsant drug.

If your child suffers a febrile convulsion, you will help him or her most by remaining calm. Hold your child in your arms or lay him or her flat on the floor. Pointed and edged objects should not be in the vicinity. The child should not be able to fall from the bed. Affected parents must control the child’s breathing and ensure that he or she does not bite his or her tongue. If your child threatens to vomit during a febrile convulsion, turn him or her to the recovery position. And the most important measure: do not try to stop the muscle movements.

If the infant suffers from a febrile convulsion for the first time, it is advisable to call an emergency physician. Or, if the convulsion has already passed, to consult a doctor or the emergency outpatient clinic. Here the child can be examined and given further instructions for observation.

A simple febrile convulsion is always accompanied by the following symptoms:

When to see a doctor for febrile seizure?

When a child has a febrile convulsion for the first time, parents should always call a doctor or visit their pediatrician. This provides important information on how to handle further convulsions and educates parents. Experienced parents rarely need a visit to the doctor. Parents whose children are prone to febrile convulsions are often also given anticonvulsant medications for self-treatment at home, but these only need to be administered if the convulsions last for a long time.

Febrile convulsion in a baby

Fever is particularly common in children and babies, but it is not a disease, only a symptom. While fever is much less common in adults, it occurs in children and infants with almost every flu-like infection, but also in the context of a wide variety of childhood illnesses.

Reduce fever in children from 38.5°C
Lowering the fever is necessary more often in children than in adults, because feverish children and babies usually feel unspeakably sick and weak, often stop eating and drinking so important when they have a fever. Therefore, it makes sense to reduce fever in children from 38.5 ° C. Preparations containing the active ingredients paracetamol or ibuprofen are available for this purpose and can be administered in the form of suppositories or juices. In any case, you must make sure that the medication is dosed appropriately for children.

Why children get fever

While infants, especially breastfed babies, enjoy a kind of puppy protection during the first six months of life and very rarely get sick, older babies and toddlers tend to be susceptible to infections. Up to twelve infections per year are considered normal, some kindergarten children get it even more often. In the context of these infections, children tend to develop fever. It occurs when the body tries to fight invaders such as bacteria and viruses. Because numerous pathogens only survive at temperatures below 39°C. Fever is therefore a sensible defense mechanism, which often does not have to be eliminated, but only lowered. Causes of fever in children and also older babies are usually respiratory or urinary tract infections, but also diseases such as rubella, chickenpox, scarlet fever or three-day fever. The latter is a viral infection that is accompanied by fever and a subsequent skin rash.

When does my child have a fever?

A fever is defined as a body temperature of 38.5°C or more in infants from the age of two and children up to the age of twelve. Babies are more susceptible and at greater risk of fever; here, 38°C is already considered the temperature threshold for fever. In the state of fever, the child’s body loses a lot of fluid, which is why it is important to ensure sufficient fluid intake. Especially babies and very small children could otherwise dehydrate quickly.

Home remedies for fever in children

Home remedies are also excellent for reducing fever, especially in children, starting with sitz baths in water that gets colder, through cold chest and groin compresses, to the particularly effective and frequently used calf compress, which is recommended for children from the age of two onwards. Smaller children and infants, on the other hand, can be washed with lukewarm water all over their bodies to reduce the fever.

Step by step – this is how calf compresses work

Calf wraps should never be applied to children when their hands and feet are still cold, as they may freeze. It is better to start wrapping when the whole body is evenly hot.

For calf compresses you need three cloths. The first cloth is soaked in lukewarm water – important: the water should be no more than two degrees colder than body temperature so that the blood vessels do not constrict – and then wrapped tightly around the calf. You wrap a dry cotton cloth over them to absorb excess fluid. As a third layer, a dry towel completes the calf wrap. Calf wraps are applied on both sides and renewed as soon as the moist undercloth has become warm. In case of high fever, this is usually the case after a few minutes. Repeat the calf compresses three times, leaving the wet cloth on the leg for ten minutes the second time and about 30 minutes the third and last time. If the child should freeze in the meantime, the calf wraps must be removed immediately.

After the wrapping treatment, the fever should have decreased due to the loss of heat. In addition, calf wraps also relieve mild pain and promote relaxation due to the stimulating effect on the nervous system.

High fever in children – at what point is it dangerous??

A high fever is said to occur in children and babies when the temperature reaches 39°C. Most of the time, fever at this level also needs to be lowered, as the little patients feel unwell, tired and ill. A visit to the doctor is always indicated if the fever occurs for no apparent reason, but at the latest if it has not subsided after 24 hours in the case of babies and after two days in the case of children. The doctor must find out the cause and, for example, prescribe an antibiotic in the case of a bacterial infection.

40 degrees fever in children – off to the doctor

In children and infants, it is not uncommon for fever to rise to over 40°C. However, on the one hand, there is the danger of a fever cramp due to the temperature rising too quickly, and on the other hand, children with such high temperatures often become apathetic and seem absent, they cry a lot and feel very ill. Fever in this extent should be lowered, also it is important to find out the exact cause. A fever over 40°C should always be treated by a pediatrician.

Body temperatures above 42°C are life-threatening, because nerve cells and protein building blocks in the body are destroyed. Such high fever occurs, however, only in very rare cases.

Get to know our team

We are always here to help and answer any questions you may have on the subject of health.