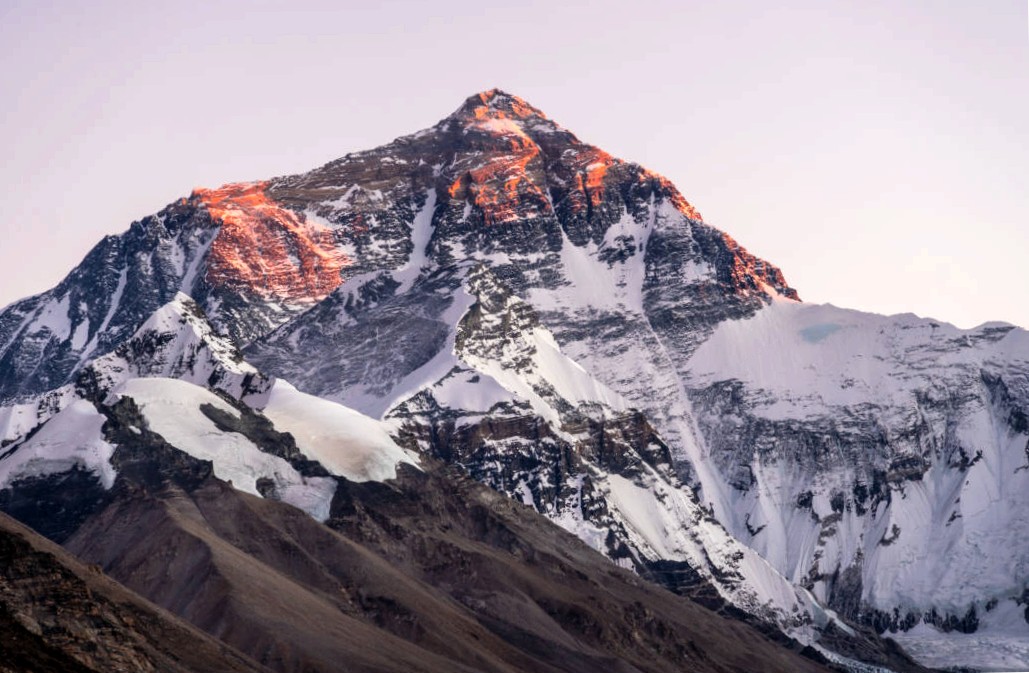 Beautiful but life-threatening, Mount Everest attracts people from all over the world Photo: Getty Images

It lies in the middle of the Himalayas, the way to its summit lasts weeks and it is with 8848 meters the highest mountain of the world: the Mount Everest. Hardly any region in the world is as hostile to life as this giant. Nevertheless, people continue to take the risk of an ascent. But how exactly does an ascent actually take place? And what does the future of Mount Everest look like?? TRAVELBOOK has taken a look behind the facade of the "Mount Everest myth.

Some say it was the most beautiful moment of their lives, a dream come true. The others tell of corpses paving the way, of chaos and of the fear of falling asleep because they feared they would never wake up again. Impressions left by an ascent of Mount Everest. After the government of Nepal closed Everest shortly before the start of the season in the spring of 2020, adventurers from abroad are now welcome again.

The first ascents of Mount Everest

To climb to the summit of the highest mountain in the world: Many have had this wish. First attempts were already made in the 1920s. At that time, the Briton George Mallory discovered a first route to the summit that seemed feasible. By the way, this is the route that is most commercially used today. But in 1924, both Mallory and his companion Andrew C died. Irvine on the climb. Mallory’s body was not found until 1999. Even today, it is unclear whether he made it to the summit.

If it were so, he would have been the first conqueror of Mount Everest- and not Edmund Hillary and Tenzing Norgay, who only made it to the summit in 1953 and went down in history with the first ascent. Either way, the long period between the first attempt and the first successful ascent shows how demanding and dangerous it is to climb to the roof of the world.

In fact, by 1980, there were only 99 people who had made it to the summit. Among them was Reinhold Messner, who was the first person to conquer Mount Everest without supplemental oxygen support in the early 1970s. After the 1980s, the number of Everest expeditions seemed to explode: In the 1990s, for the first time, 100 people a year reached the summit- more than in the 30 years after the first ascent in total.

This is how much it costs to climb Mount Everest

An expedition is anything but cheap. On average one pays about 50.000 euros, quite a few pay for their expedition even more than 90.000 Euro- upwards there are hardly any limits. The previous record season was 2019: at that time 878 people had climbed the highest mountain in the world. It is likely that in 2022 this record will be topped. But how does such a climb actually work?

The southern base camp on the Nepalese side Photo: Getty Images

From the foot of the mountain to the summit there are several camps, the so-called camps. The first are the northern and the southern Base Camp (base camp). The southern Base Camp on the Nepalese side is particularly popular with tourists. It lies at an altitude of 5365 meters. For comparison, the highest mountain in the Alps, Mont Blanc, is 4810 meters high.

Already the Base Camp is located at more than 5000 meters

Reaching the base camp from Lukla, the town where the nearest airport is located, takes about five to six days and is not only time-consuming but also physically demanding. Many inexperienced mountaineers have to abandon this expedition already. Nevertheless, this part is still the easiest part of an ascent, in 2015 alone took just under 40.000 tourists take on the hardships.

From the first basecamp start the expeditions to the summit. On the south route, the standard route, it goes first into the Khumbu icefall. Here the glacier ice drops in a crevasse up to 600 meters üIt is traversed on ladders. Who has overcome this part, crosses the Valley of Silence as well as the Lhotse flank and finally reaches the South Col, which lies at 8000 meters. There is the fourth base camp, from which it goes directly to the summit. 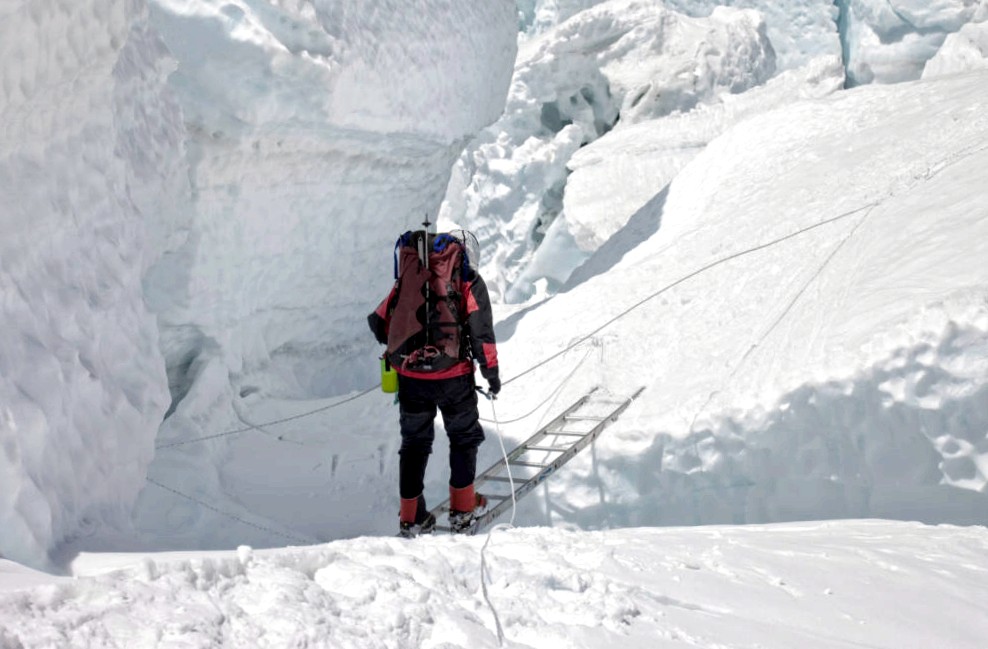 The Khumbu icefall on Mount Everest, as seen with a ladder (!) is conquered Photo: Getty Images

Normally, climbers need only a few hours for this last stage. But the path can only be climbed in a short window of time, the "window days". They occur, if at all, in the spring between April and mid-June. However, there are also years when no one makes it to the summit, for example in 2015, when a severe earthquake shook Nepal.

The life-threatening ascent lasts more than a month

It’s hard to believe, but the entire climb takes an average of 60 (!) days. This is not only due to the long and difficult route, but also to the fact that participants must first acclimatize to the altitude in order not to fall victim to the dreaded altitude sickness. There are two methods for this: On the one hand, only a few meters of altitude may be covered per day, and on the other hand, climbers must sometimes descend and ascend again the routes that were previously climbed. With a so-called hypoxia tent, which mimics the low oxygen saturation, you can prepare at home before the climb and thus save a few days.

But even this does not reduce the danger of the so-called death zone in which climbers find themselves from the fourth camp onwards. Here it becomes acutely life-threatening. At this altitude, the risk of dying from altitude sickness or edema is very high. The reason: the oxygen content at this height is too low for the human body. Also for this reason, the last stage to the summit is implemented in one day. For this the climbers start early in the morning. It is all the more dramatic if you have to stay in the death zone longer than necessary. However, this happens again and again- and there are two reasons for this.