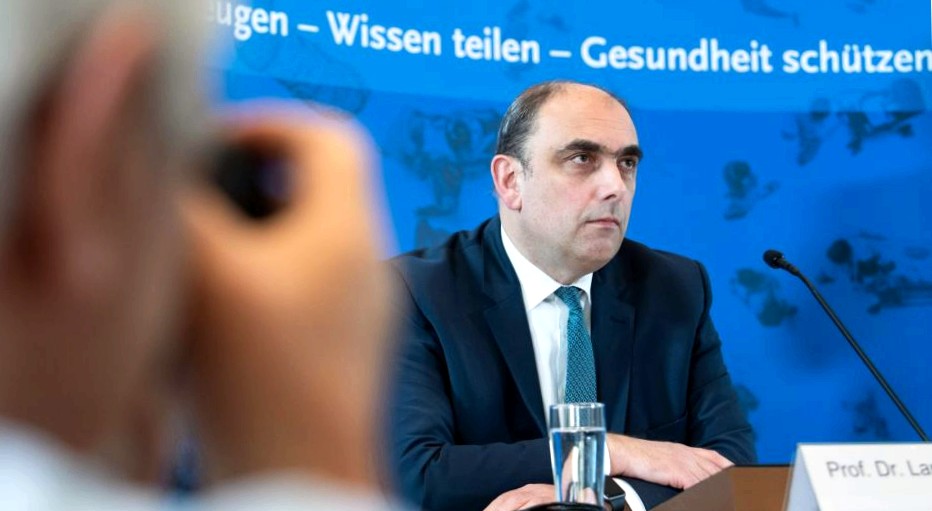 When arguing whether the relaxation of Corona measures is justified or not, both sides like to invoke the reproduction number R. It tells how many people an infected person infects. If it is above one, it is bad, the number of newly infected people increases. Below one means: the number of newly infected persons is decreasing. R is published by the Robert Koch Institute (RKI). This calculates the nationwide reproduction number.

However, because the daily fluctuations of R have caused irritation in the past, the RKI has been releasing a second version of R since May. The experts refer to this as the "smoothed reproduction figure". In doing so, they calculate out biases in an attempt to better outline a long-term trend.

R-value explained in the Corona crisis: How the RKI calculates the reproduction figure

Basically, there are now three different interpretations of the reproduction number.

First: The basic reproduction number, also known as R0. It says how many people an infected person would infect if no countermeasures are taken. The RKI puts it at around 2.4 to 3.3. This figure is hardly ever used in public discussion. It says little about whether measures are working or not. Its value remains the same until more than 70 percent of the population is infected. Only then would it decrease.

Second: The effective reproduction number . This is the figure that has been the subject of much discussion in the past. The RKI calculates it daily. The experts refer to the current case numbers. In contrast to the basic reproduction figure, the measures are included here.

For the calculation, the RKI uses a certain time interval, the so-called generation time. This tells how long it takes for an infected person to infect the next person. The RKI uses four days as a starting point. If you now want to calculate R, you add up the infection numbers of one generation time and divide them by the infection numbers of the previous generation time. However, so that reporting delays do not distort the calculation, the past three days are not included. Thus, if the RKI calculates R for the 14. May. it ignores the infection figures from the 11. until 13. May. As the first generation period, the figures are taken from 7. until the 10. May be added and divided by the infection figures from the 3. to the 6. May. Thus, one would arrive at the calculation (557 + 611 + 680 + 752) / (824 + 884 + 931 + 819) = 0.75.

The problem with this calculation is that local outbreaks, such as the recent one at slaughterhouses in North Rhine-Westphalia and Baden-Wurttemberg, can briefly push R upward. This causes daily fluctuations that say little about the long-term trend.

Therefore thirdly: The smoothed reproduction number . In the calculation, these fluctuations are to be compensated for. However, the principle is the same. The only difference: the RKI does not use four days as interval here, but seven days. So if on one day the infection numbers are significantly higher than the rest of the week, it doesn’t matter that much. So outbreaks like in the meat plants cannot distort the reproduction number that much. In both calculations, the RKI uses infection numbers estimated using the nowcast method.

The Robert Koch Institute (RKI) is the central public health institution of the federal government. It evaluates, analyzes and researches diseases of high risk, wide distribution or great importance. It is not only about coronaviruses, but also, for example, about HIV, influenza, cancer or allergies.

The institute is named after the physician Robert Koch, who on 11. December 1843, the third of 13 children born to a miner’s family in Clausthal in the Harz Mountains – at a time when infectious diseases such as tuberculosis, cholera or diphtheria were killing hundreds of thousands of people every year in Germany. Koch discovered at that time that these diseases are caused by bacteria. It developed therapies and preventive measures.

However, around 1890 Robert Koch was also the cause of the tuberculin scandal: the alleged cure for tuberculosis developed by him was ineffective, as it later turned out.

In 1891, Koch then became director of the newly founded Royal Prussian Institute for Infectious Diseases, now the Robert Koch Institute. Together with Louis Pasteur, he is considered a pioneer of microbiology. He died on 27. May 1910 in Baden-Baden. The urn containing his ashes was interred in a mausoleum at the RKI. (lan)

Calculation of the reproduction figure for Bavaria is comparable

Dr. Helmut Kuchenhoff, head of the LMU’s statistical consulting laboratories, welcomes the adjustment made by the Robert Koch Institute. "I think the strategy makes sense. The pandemic changes and so does the process of detection", he tells our editorial team. Kuchenhoff and his team calculate the reproduction figure for Bavaria. However, Kuchenhoff refrains from adapting the model as the RKI does. "Our model is in principle somewhat differently laid out, so that there already within the model a smoothing is made." He sets a different focus in the calculation. Instead of the reported data, his team looks at the suspected days of illness. "However, our R is quite comparable to the smoothed R from the RKI", says Kuchenhoff.

We want to know what you think: Augsburger Allgemeine therefore cooperates with the opinion research institute Civey. What representative surveys are all about and why you should register, read here.