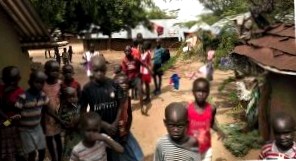 Refugee children from Rwanda in a camp © Dominic Nahr 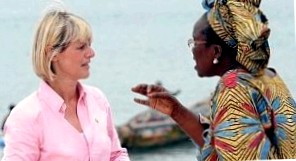 On the current Africa Day, the Catholic relief organization missio focuses on the reconciliation work of the Catholic Church in Rwanda. According to missio, there are still many open wounds after the genocide.

More than 22 years after the genocide that killed nearly a million people, peace reigns in the country, but there are still many open wounds, missio Aachen and missio Munich announced. The donations from the world’s oldest collection of this kind are to be used primarily for the training of priests, religious and lay employees. The motto of the campaign is "Prepare the way for the Lord".

"We have to help this continent," said the patron of Africa Day, ZDF journalist Gundula Gause, in an interview with the Catholic News Agency (KNA). In her work and in her volunteer work, she "realizes again and again that we all have to do more together so that there is more good news from Africa again".

While visiting aid projects on the ground, she said, she noticed that there was also a lot of good news coming out of Africa, such as that "the number of hungry people has dropped by more than 200 million since 1990". Gause also sees successes in the fight against AIDS, where, among other things, the number of new infections has fallen. The Catholic Church’s education programs have also played an important role in this process.

All people, regardless of their religious affiliation, benefit from the work of the church in Africa, emphasized Wolfgang Huber, president of missio Munich. According to Klaus Kramer, president of missio Aachen, the local priests, whom missio supports with donations, play a particularly important role in sustainable peace and reconciliation work.

Kramer gave the example of Father Joseph Nayigiziki from Rwanda, who can be seen on the posters for the current campaign: "As an eleven-year-old, he himself experienced the hell of the genocide; in the meantime, he is committed as a pastor to sustainable peace and reconciliation work."

Oldest church fundraiser in the world

The Africa Day collection is the oldest church fundraiser in the world. Pope Leo XIII had created it in 1891 to fight slavery. In most German dioceses, collections will be made in the first two weeks of January. On Africa Day 2016, missio Munich and missio Aachen together collected around 1.83 million euros.