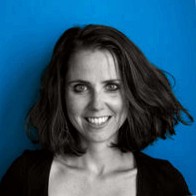 Andreas Rausch had not expected this. When his father-in-law draws his attention to the advertising page of the local newspaper in East Saxony, he initially thinks "That is crass!". Before the rbb-Editor lie whole 126 job applications from people in the health sector: nurses and geriatric nurses, physiotherapists and paramedics, who, from 16. March are looking for work – because not vaccinated. On 16. In fact, the Covid 19 vaccination requirement for workers in health and care facilities comes into effect in Germany on March. "Will a vaccination scare cripple the system?", the journalist asks himself, and decides to talk to those affected, wants to ask them about their worries and fears. 18 of the 126 advertisements he phones off – without success. Some numbers do not exist, others are unreachable. His research, about which Rausch wrote on rbb24.de reported, seems to confirm what he pointed out on Twitter: Such fake ads are Targeted actions from specific Telegram groups, Steered to further unsettle people. Similar reports are coming out of Bavaria.

In Germany, as in Italy, there will be suspensions of unvaccinated medical and nursing staff and the situation in hospitals and homes will worsen from mid-March onwards. But: With the mass switched job applications it is suggested that because of the approaching vaccination obligation a true Exodus Taking place from the medical and nursing profession. How perfidious and manipulative disinformation in connection with the Coronavirus and the vaccination against it is spread in the meantime, that shows the Amadeu Antonio Foundation in a highly topical brochure on. "Immune to facts. Organized opposition to vaccination as a threat to democracy", according to the title of the 32-page report.

The first reaction was "crass!", when the advertising paper from #Bautzen fell into my hands, 126 job applications, #unvaccinated health care workers urgently seek alternatives – will a #vaccine escape cripple the system? I started talking on the phone. pic.twitter.com/QrZbCSWZXa

The Amadeu Antonio Foundation has been around since 1998. Their headquarters are in Berlin, their mission: "to strengthen a democratic civil society that has been consistently against right-wing extremism, racism and anti-Semitism turns". In "Immune to Facts" the authors explain why organized opposition to vaccination is a Danger for democracy Represents. Two of the four arguments made:

The Amadeu Antonio Foundation distinguishes between three types of Vaccination flights – medical, conspiracy ideology, and the naturalness argument – and how they function as a gateway for radicalized, anti-Semitic, and racist ideas: "In right-wing extremist circles circulates, for example, the anti-Semitic conspiracy lie of the ‘Great Exchange’, into which the pandemic event is woven: ‘the Jews’ or ‘the anti-people democratic governments’ would use the pandemic to advance their plan of the ‘Great Exchange’. This plan would involve exchanging the ‘German people’ for migrants who are supposedly easier to govern. In relation to health issues, the anti-Semitic conspiracy narrative of the ‘Great Reset’ linked to the ‘Great Exchange’ is currently popular: which states that a ‘global financial elite’ is planning a reset of the current world economic order, calling this a ‘The Great Reset’ and use the Covid 19 pandemic as justification to establish a ‘digital health dictatorship’ over it and increase their own income. As a counter-strategy, vaccination refusal and the spreading of ‘alternative truths’, i.e. lies, on the Internet are recommended." 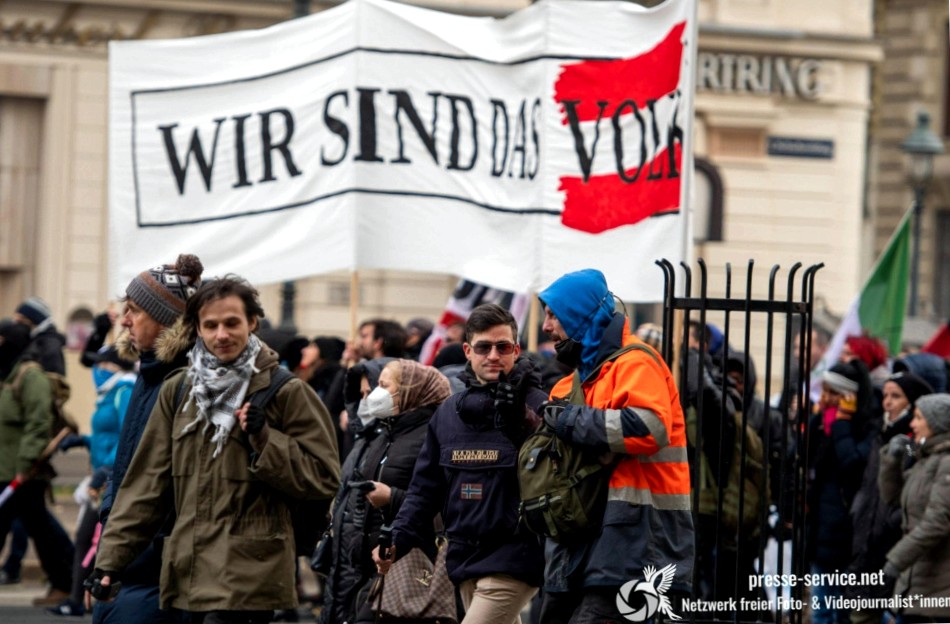 There, i.e. on the net, and especially in social networks, it is not easy for many to recognize untruths and false information. All the less so if they are specifically and strategically scattered. The Amadeu Antonio Foundation gives some hints resp. Elements with which Vaccine Disinformation often work:

Some of these pseudo-experts, who appear beyond Germany as corona experts, are in "Immune to facts" then also mentioned by name – and it is explained why one should not trust them to the corona virus: Dr. Bodo Schiffmann, Prof. Dr. Sucharit Bhakdi, Wolfgang Wodarg, Dr. Walter Weber and the "Doctors for Enlightenment".

As a rule, conspiracy myths do not provide meaningful alternatives and thus do not contribute to the solution of social problems. (from: "Immune to Facts")

Finally, the report provides five approaches to dealing with opponents of vaccination. Conspiracy myths about vaccination countered can be: Determine the goal of the discussion – Tie arguments to the worldview of the other person – Ask questions – Do not sweepingly defame, but argue factually – Emphasize what is right.

In the end, a long series of Sources listed for credible and scientifically validated information about vaccination.

The ORF-Report "Telegram& Co: undercover with vaccination opponents:inside" (first broadcast: 26. January 2022 at 21.05 on ORF 1) shows how the confrontation between (undercover) journalists and anti-vaccination activists is going on in Austria.

More articles on this topic. 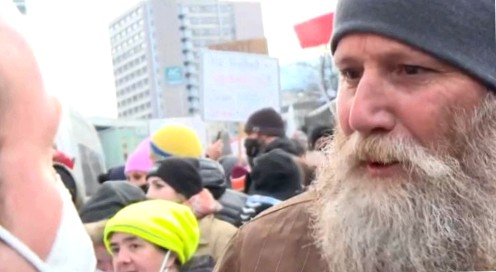 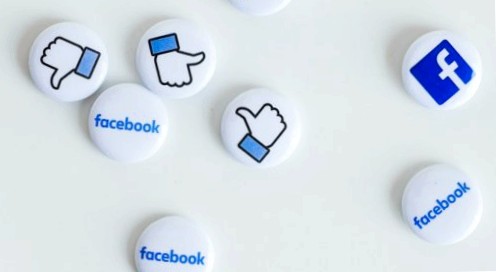 Highway code for the internet 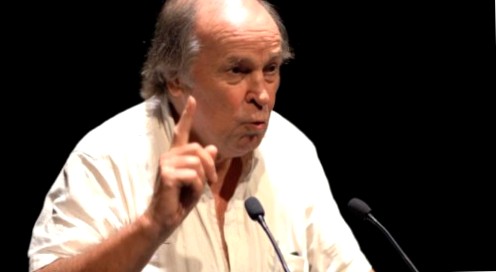 Many thanks for this article.
Long overdue on Salto and in my opinion of high relevance.
And important, if the stressful pandemic events after Omikron and the summer are not to be repeated in the coming fall and winter. 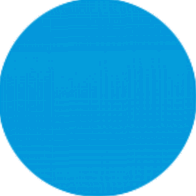 Thank you for this article, however I doubt if it will also help open the eyes and ears of the vaccination opponents. Most of them are actually in a bubble for which there is no access anymore. A reversal means for these people an injury of the self-esteem and being right, therefore conversations and facts like in this article are unfortunately ineffective.

good insight.. I find.. from both sides was and still is.. too little on the other one dealt.. empathy seems to be a foreign word.. the differently thinking.. the own I is held up.. as the absolute.. – whether I want to or not – unfortunately I can’t think of any other reasons.. the words of Draghi.. ti vaccini e sei libero.. that says it all.. in the broadest sense.. first of all..

The term "conspiracy theorist is abused since Corona to push the measure critics into the desired Schwurbler corner and to deny them thereby any seriousness. It is a fact that there are people who have greatly distanced themselves from reality and fit into this image. A large part of those persons, which are gladly titled in such a way, are however more reasonable like many "conspiracy deniers". The term "conspiracy" has a strong negative connotation, although it has always existed. If you ask Luis Durnwalder about the SAD scandal, he would probably dismiss everything as a conspiracy theory. Corporations, politics and the media are now well networked in various associations and meet behind closed doors their agreements and develop strategies to push through their interests. A real conspiracy!

So if you read this article or. If you watch the video, you will see how the values that were considered desirable and morally right in our society have now turned into the opposite. It was considered worthwhile to pursue one’s own ideas and to be allowed to live them, respectively. not to be influenced by the masses, so to speak to act self-determined and self-responsible and to align his life accordingly. Now everyone who is in control of his own body resp. wants to determine over its health in self-responsibility, excluded into the Schwurbler and/or. even right-wing extremist corner placed. Yes it still goes!
It is to be said clearly that to be anti-vaccination is in any case legitimate and in accordance with the Constitution. Nobody needs to force himself to intervene in his own body, to blackmail, to compel or. to be criminalized. States that do this have left the framework of democracy and act in a totalitarian way. Nobody needs to explain or. to justify himself why he does not want a medical intervention, because this is a personal matter for which there can be innumerable reasons, especially since the consequences, no matter how they turn out, have to be borne by EVERYONE HIMSELF. The statement of the hairdresser in the video would have been a commendable one 2 years ago, the film presents it as something disreputable. And that people who exclude our society is apparently not ashamed at all, now join forces is probably logical. No one needs to worry about the "conspirators" to make fun, because to the whole topic, from the exact data up to the vaccination, is still far not the last word spoken and the whole topic will have to be analyzed in the future still more exactly. The "truth has therefore up to now still nobody leased. The moral reprehensibility in the behavior towards the unvaccinated is however already obvious now.
Let’s listen to Sven Knoll in the state parliament, the video can be seen on the page of the STF. Noteworthy is the gesture of the governor as a reaction to the statement:

Another word to the Greens. Mr. v. Wohlgemuth, where is then your protest concerning. the policy of discrimination and apartheid to which the unvaccinated (who exercise their constitutional rights) are subjected ? You, which otherwise every smallest alleged or actual injustice and exclusion in each conceivable section always immediately denounce. Where is the evidence of such exclusion in the face of months of constant if not decreasing hospital occupancy rates, which is the real justification for the emergency situation and the measures taken as a result?? What do you say to the clusters of vaccinated and boostered people in all fields, the logical consequence of which is not a testing of these people, but an INCREASEMENT in the direction of the UNVACCINATED, whose proof that they are healthy (regular testing) is no longer sufficient for participation in public life . This is nothing more than pure chicanery and arbitrariness, again a sign of dwindling democratic conditions; the "subjects After all, you don’t have to justify yourself to anyone with logically justifiable arguments.
Perhaps you will take a look at what your colleagues in Austria have to say, who are no longer united behind the government line.