The Vienna Airport AG based in Schwechat (Lower Austria) is the listed operator of Vienna International Airport .

On 11. On December 1953, Wiener Flughafenbetriebsgesellschaft was founded and took over the management of the airport on December 1, 1953. January 1954 administration and handling. Until 1992, the shareholders of today’s Flughafen Wien AG were the Republic of Austria (50%) and the provinces of Lower Austria and Vienna (25% each). On 29. April 1992, the company, which until then had been run as a limited liability company, was transferred to the Vienna Airport AG (AG) converted and partially privatized. [2] The Republic of Austria withdrew as shareholder, the provinces of Lower Austria and Vienna remained shareholders with 20% each. 10% shareholder is a foundation of airport employees. Through these, employees participate in the dividend income of the company. The distribution is based on the annual gross basic salary. [3] With 39.80%, the Australian pension fund IFM is the largest single shareholder in the airport. However, the two federal states have pooled their shares in a syndicate and thus jointly control the largest part of the company. The remaining 10.20% of the shares are in free float. The airport share was listed on 15. Traded on the Vienna Stock Exchange for the first time on June 1992. [4] 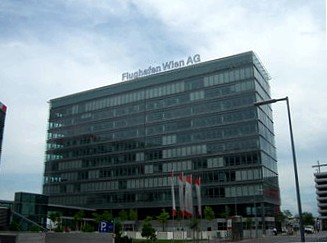 There are no plans to acquire shares in other airports.

Major problems during the construction of the terminal extension Terminal 3 (Skylink) led the Austrian Court of Audit to request an audit of Flughafen Wien AG in June 2009. The provinces of Lower Austria and Vienna own 40% of the shares; the Court of Audit is responsible if the public sector owns more than 50% of the company or exercises a determining role in the company.

The Austrian Court of Audit assumed this determining role of the two federal states in Flughafen Wien AG. He referred to the syndicate agreement between Vienna and Lower Austria, which obliges the two provinces to vote jointly and uniformly at the AG’s Annual General Meeting. The aim is to ensure that the members of the Management Board of the AG have the trust of these two public shareholders. The Austrian Court of Audit also pointed out that, due to the absence of many other shareholders, the two Austrian provinces regularly hold a majority in the annual general meetings of Flughafen Wien AG.

One indication of the strong public influence at Flughafen Wien AG cited by the Court of Audit was that the "exchange" of Christian Domany (a former secretary general of the Austrian Federal Economic Chamber), who was a member of the oVP (Austrian People’s Party), for Ernest Gabmann, who until then had been a member of the Lower Austrian provincial government, took effect on 1 January 2009. March 2009 [17] at 18. The decision was announced by Governor Erwin Proll on February 20, 2009, before the airport’s Supervisory Board approved it on February 20. The fact that the matter was dealt with on February. (Domany formally resigned on 30. from the company as of September 2009.)

Further indications (not mentioned by the ACA) of the determining role of the public sector in the AG were that CEO Herbert Kaufmann had previously been a SPo member of the National Council and board member Gerhard Schmid had previously been assistant to Vienna Mayor Helmut Zilk. In contrast to the fact that two of the three members of the Board of Directors were from Vienna and thus from the SPo, the Chairman of the Supervisory Board had the confidence of Lower Austria and thus of the oVP: Johannes Coreth was replaced in August 2009 by the Viennese lawyer Christoph Herbst at the suggestion of Lower Austria. Coreth apparently did too little to counteract the complications in the construction of the terminal expansion, in the opinion of Lower Austria and Vienna.

The ACA announced on 10. July 2009 to complete the audit assignment shortly. In July 2009, the three parliamentary opposition parties made the admission of the audit by the Court of Audit a condition for their expected approval of a federal constitutional law concerning banking secrecy for non-residents of Austria, which must be enacted by September 2009 in order to avoid sanctions by the G-20 states or. of the OECD. According to media reports on 21 July 2009, Flughafen Wien AG rejected the audit. In accordance with a resolution of the Supervisory Board, the Audit Board rejected the audit by the Austrian Court of Audit in July 2009; the Employee Foundation also rejected this audit as a shareholder. The Court of Audit announced that it would refer the matter to the Constitutional Court if the AG maintained this position. However, the Supervisory Board decided to conduct a special audit under stock corporation law.

According to the ORF website on 10. In July 2009, the Korneuburg Public Prosecutor’s Office also dealt with the matter. An anonymous advertiser had accused the members of the Management Board, Kaufmann and Schmid, and the former Chairman of the Supervisory Board, Coreth, of breach of trust as defined by the Austrian Penal Code (StGB).

In the last week of August 2009, it became known that representatives of the federal government, the Greens and the BZo had agreed to allow the ACA to audit companies actually controlled by the public sector, even if the public sector does not formally hold the majority of shares. The legislative implementation of the political agreement took place as of October 2009.

Following a meeting of the Supervisory Board on 15. December 2010, that the term of office of the three members of the Board of Management would be terminated prematurely: Following an amicable solution reached with the Chairman of the Management Board, Herbert Kaufmann, as of 31. December 2010 resigned from his position on the Management Board. He was replaced on an interim basis – for a maximum of one year – by the former Chairman of the Supervisory Board, Christoph Herbst. The board mandates of Ernest Gabmann and Gerhard Schmid ended on 31 December 2009. December 2011. The three board positions were advertised during 2011.

Since September 2011, Julian Jager and Gunther Ofner have formed the new management team. Their contracts would have been signed on 4. September 2016 expired; on 23. June 2015, however, they were unanimously reappointed by the Supervisory Board. Their term of office therefore does not end until September 2021. [18] [19]

According to media reports of 5. In November 2014, the investigations against the then CEO Herbert Kaufmann (from 1999 to 2010), the former CFO Christian Domany and his successor Ernest Gabmann, as well as the Chief Technology Officer Gerhard Schmid were discontinued in their entirety. This verdict was also confirmed by the Korneuburg public prosecutor’s office. The allegation that the former managers had misrepresented the circumstances of the Company or. The fact that the matter was reported in a veiled manner could not be substantiated. Criminal trials for 25 more construction company and construction management employees suspected of fraud and embezzlement followed in 2015. [20] [21] However, they were also discontinued in May 2016; accordingly, no criminally relevant conduct of the players could be established. [22]

At the end of July 2014, Flughafen Wien AG sold its shares in Friedrichshafen Airport in equal parts to the district of Lake Constance and the city of Friedrichshafen. The 25.15% stake had existed since 2007, was written off in full in 2011 and now sold for €2.25 million. [23]

In mid-October 2014, it became known that the Australian pension fund IFM was interested in a minority stake (between 20% and 29.9%) in Vienna Airport. On 7. November 2014, a public offer was subsequently made to the shareholders of AG. The offer of 80 euros per share was accepted on 1. December to 82 euros and could be sold by 18. December of the same year be accepted by interested parties. On 19. December 2014, IFM was finally announced as the new major shareholder.

In total, the Fund, through its subsidiary Airports Group Europe at that time 6.279.000 no-par shares were acquired and since then held 29.9 % of the share capital. The goal was a long-term commitment to Vienna Airport. IFM, however, did not want to influence the strategy of the air hub or. take on the day-to-day business. [24] [25] [26]

In March 2016, Flughafen Wien AG announced the increase of its shareholding in Malta Airport by a further 15.5. [29] Since 30. March 2016, the results from Malta are therefore fully consolidated in the consolidated financial statements of Vienna Airport. In the annual report, these have since appeared as the "Malta segment". [30]