Rolex watches are the most famous and popular luxury watch brand in the world and have little problem selling themselves. Many, many people are very happy to buy one just because it says "Rolex" without paying attention to what that name really stands for. Before you buy a Rolex, you should know three things.

The best inventions of Rolex are copied

When you think of the mighty Rolex, think of the many different inventions the brand has brought to watchmaking. The waterproof watch for example in 1926. The automatic movement in 1931. The first self-changing date in 1945.

Every single one of these developments has changed watchmaking forever – and not just in a hyperbolic, sensational marketing sense, they’ve forced other brands, much bigger brands, to change the way they work.

Before the 1926 Oyster, for example, watchmakers considered light dust resistance perfectly adequate for a wristwatch. Rolex changed that. Before the 1931 Perpetual, watchmakers liked to have customers wind their watches by hand. Before 1945, watchmakers expected customers to buy a newspaper if they wanted to know what the date was. Only – Rolex did not invent any of these. Not a bit. Every one of these groundbreaking creations already existed.

How Rolex is credited with their creation? By making them right. The water-resistant watch, for example, sealed with screw threads like a jam jar, which had been around since Victorian times – but only as a concept. Other watchmakers had tried to combine bulky solutions like plug-in gaskets, clamp covers and locking secondary cases – but Rolex simplified the idea by threading the bezel, caseback and crown, the result of which was reasonably proportioned, easy to use and was simple to produce. The same is true for the Perpetual rotor. Variations of the automatic movement had been around since the 1770s, but all were clunky and complex, requiring bulky, sophisticated mechanisms just because their rotor weights couldn’t do a 360-degree turn. Rolex simplified the situation again and developed a rotor weight that could spin and spin and spin without interference.

And the self-changing date – the perpetual calendar existed for decades in wristwatches and centuries in pocket watches – the first known by Thomas Mudge in 1762 – and all had a self-changing date. But Rolex once again saw an opportunity to refine and simplify this hallowed complication, removing the complexity left only with the date, which must be manually adjusted each month. For Rolex, it was never about the originality of the idea, but the execution, the simplicity – the way it works. Remember other industry-leading technology manufacturers?

Most Rolex parts are not built in-house

Rolex came rather late to the watchmaking game. By the time founder Hans Wilsdorf joined in 1905, Omega already had a 57-year head start, Patek Philippe 66 years. For 24-year-old Hans Wilsdorf, who had no watchmaking training whatsoever, there was no way he could make watches that would come close to the competition. He needed help. He needed someone to make his watches for him.

This is good; Many watchmakers start outsourcing designs or buying catalog parts. However, Rolex didn’t get around to bringing it completely in-house until 2004. For 99 years, most of the company’s parts are not made in-house. Some components, like the hands, are still not there.

So how did it work? When Rolex started, virtually no one was making wristwatches. Here was an opportunity for Wilsdorf to distract his competitors at the pass, or rather at the pass of an old format, the pocket watch. The only wristwatches that existed at the time were ladies’ pendant watches powered by inferior cylinder escapements.

The practicality of his wristwatches made them a necessity during World War I, so Wilsdorf increased the production of his manufacturers and continued to work on and develop his watches to identify more ways to put Rolex on the cover of every newspaper in the world. Because that’s exactly what Wilsdorf was, a businessman, a marketing man. Not a watchmaker. He had an uncanny sense of knowing what the public wanted and how best to deliver it, not how to put together a clock.

In Wilsdorf’s mind, however, there was one doubt about the use of outsourcing, and that was quality. When outsourcing, the brand was prone to everything from inconsistencies to outright errors, and with a reputation for tool-like precision, Rolex could do without it. So, one by one, the brand took its suppliers and bought them immediately. Piece by piece, Rolex strived for autonomy and independence, and finally, in 2004, bought the family-owned company Aegler, which had made its movements so faithfully.

And what about the hands that are still made elsewhere? To be honest, it’s incredibly rare for watchmakers to make specialty parts like balance springs, synthetic crystals and rubies, and even hands and dials. After very small, very expensive independent companies-and Seiko-Rolex today is one of the most self-sufficient watchmakers around.

Rolex is not even Swiss

When you buy Rolex, you want to get the idea of real Swiss watchmaking straight from the foothills of the Jura Mountains, put together by dirty Swiss watchmakers using only Swiss cheese and Swiss chocolate. Here’s some news for you: Rolex is not Swiss. Rolex founder Hans Wilsdorf is not Swiss, the brand was not founded in Switzerland, and the first watches were not made in Switzerland either.

Background on the color in the image: Wilsdorf was a big fan of England. At the turn of the century, he was looking for an excuse to pull up sticks from his then-job in Switzerland as a watch dealer and on his way across the Channel, and when an opening arose to become an international representative in London, he took it without a moment’s hesitation.

There he was offered a golden opportunity. Watch imports were expensive, and with English watchmaking long in decline, there was a lucrative opportunity to import high-quality Swiss movements, fit them into English cases, and sell them at an affordable price. Through his business contacts with the Swiss movement manufacturer Aegler, he was provided with a drive train, while the English company Dennison supplied pretty much everything else. 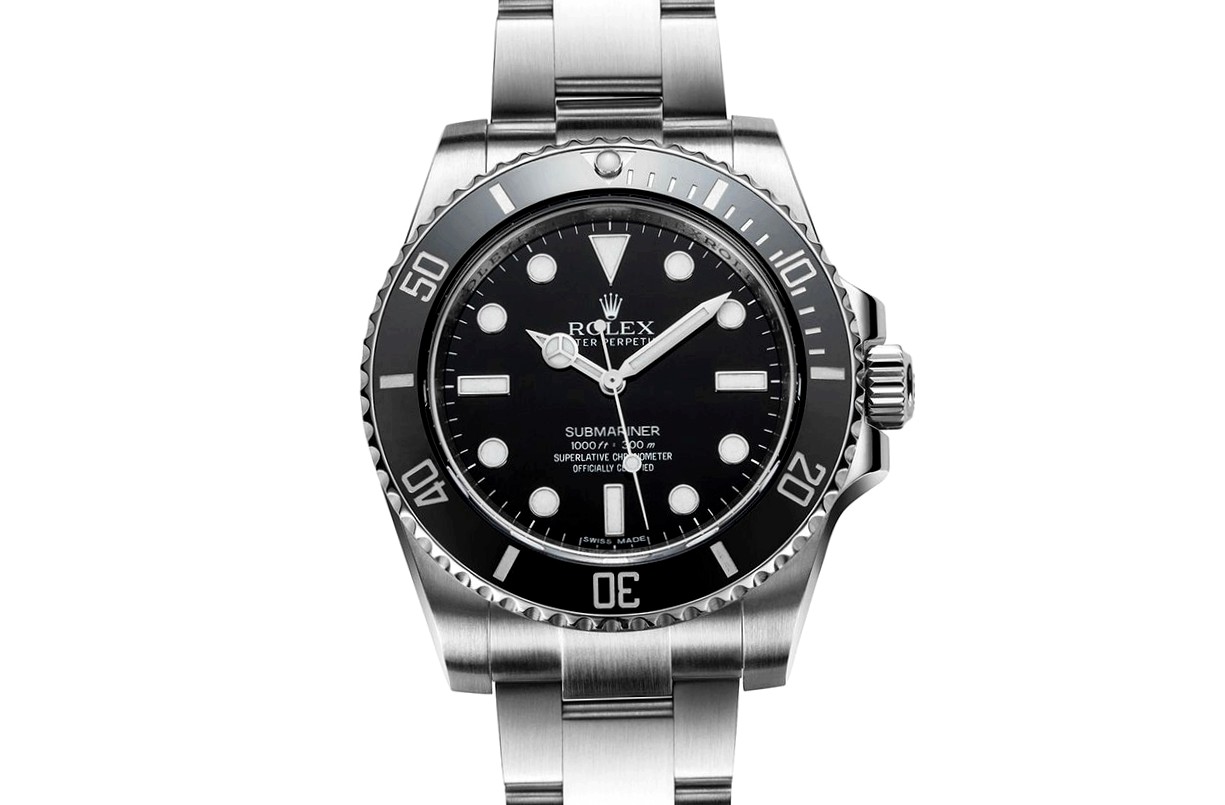 The plan worked and Wilsdorf’s company showed promise. But it needed a name that was easy to pronounce in any language and felt instantly recognizable, and that came to him in 1908 on a carriage ride to his jewelers in Hatton Garden: Rolex. The Rolex name was bestowed on his watches as they won one accuracy award after another – but Wilsdorf’s love affair with London was not to last.

The Great War was brewing and with it the hostility. Wilsdorf was German by birth, and his heavy accent and German name alienated him from the city he loved so much. With that and import taxes rising, he had to return to Switzerland, taking his company with him and leaving his beloved country behind. In 1920, Rolex was officially registered in Geneva, the English heritage of his brand no more.

So if you’re looking to buy a Rolex, now you know. It’s different from most other brands that were founded under difficult circumstances and forged through smart thinking and a generous amount of creativity. It may not be quite what you thought, but its trials and tribulations only make its success more impressive.