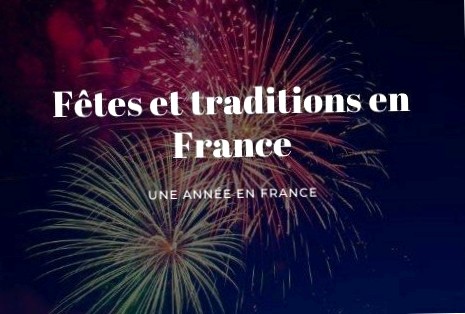 A brief overview of the festivals and traditions that characterize life in France throughout the months. On your agenda!

The different types of festivals celebrated in France

As a preamble, let’s take stock of the different types of festivals celebrated in France. We consider three main types of festivals: historical festivals, religious festivals and civil festivals. The historical festivals refer to events that have shaped the history of France. Religious holidays in turn correspond to key dates in the Catholic religion. Thus, these festivals correspond to the ancient and most important French religious traditions and practices. Even though the French Republic is based on the principle of secularism, these various festivals are still celebrated today more out of tradition than religious conviction. Finally, the civil festivals allow to celebrate important dates in the civil and / or political life of France.

In addition, among all the days of French festivals are some holidays: these are days when the vast majority of the inhabitants of France do not work. In France there are eleven holidays. What makes the French happy . especially if this holiday is two days before or after the weekend! In this particular case, it is quite common to take an unprocessed period of four consecutive days: the holiday + an extra day off + the two usual days of the weekend. This is what the French call "building the bridge".

Let’s now take a closer look at the main festivals and traditions that characterize French life every year.

As you know, the beginning of the year is conducive to wishes, wishes for the future. This is how we wish everyone around us "a happy new year" or even our "best wishes". If the tradition was that we send pretty cards to address our beautiful thoughts for the coming year, nowadays it is common to do it through social networks or electronic messages, which is often considered unfortunate. for people bound to traditions. The 1. January or New Year is a holiday to start the year off right! It is a civil holiday. The beginning of the year is also marked by so-called "good intentions". It is the moment for every French person to decide which bad habits to stop, future projects to carry out, etc. Of course, most of the time we quickly forget the resolutions made on the first days of the year, especially when it comes to exercising more or limiting our chocolate consumption! The 6. January follows a religious festival, the Revelation. Its origin is in the Christian religion and refers to the three kings who came to bring gifts to Jesus a few days after his birth. Today, this celebration is often called the "Feast of the Kings. On this occasion, the French usually taste a Galette des Rois, a sweet cake in which a bean is hidden. The person who discovers the bean in his part of the cake becomes the king or queen of the party! Since the French are very greedy, we go to the 2. February continues with the feast of Candlemas, also religious. According to tradition, we eat delicious sweet pancakes to the delight of the children (and often their parents!). A few days later, on 14. February, celebrate the lovers on the occasion of the civil Valentine’s Day. Dinner at the restaurant, chocolate, perfume, bouquet of red roses are the gifts traditionally offered on this day. But many French people refuse to celebrate this festival, which is considered too commercial. We end the first trimester with the celebration on 20. March of the day of the French language and Francophonie! On this day, many French-speaking schools offer their students to participate in games, competitions or cultural workshops.

French festivals and traditions of the second quarter (April, May, June)

The second quarter of the civil calendar is known to be the favorite quarter of many French people. Why ? It’s quite simple: this is the neighborhood with the most holidays. The 1. April Fool’s Day, or April Fool’s Day (which is not a holiday), is a civil holiday celebrated in many countries around the world. It is the day of pranks and jokes, even journalists have fun spreading false information. We continue with Easter. This religious holiday has an interesting peculiarity. It is a so-called mobile holiday, that is, it is not celebrated on a fixed date. In fact, it is necessary to refer to the lunar calendar. Thus, Easter Sunday is always celebrated on the first Sunday after the full moon following the vernal equinox. Easter Monday is a holiday. In the Christian religion, this holiday celebrates the resurrection of Christ. Today it’s a time with family, often around a festive meal where we traditionally share what’s called an Easter lamb. In addition, children have fun looking for chocolate eggs, chickens or rabbits hidden in the garden by the adults of the family. Beware of liver attacks! We go every 1. May continues with the Labor Day. To mark this civil and international celebration, the French workers’ unions organize a large demonstration in the streets of the capital. On the same day, it is customary to offer people you love a small sprig of lily of the valley, a very fragrant flower that is said to bring good luck. A few days later, on 8. May, there is a historical festival that marks the end of the Second World War in 1945 in France. It is a holiday, a national meditation meeting and many military ceremonies are organized everywhere the country in front of the war memorial. Then comes the feast of the Ascension, celebrated forty days after Easter. It is a mobile and religious holiday. For Catholics, it is the commemoration of Jesus’ ascension to heaven. For the vast majority of young and old French, this is also the time to take four days of vacation. In fact, the Ascension always falls on a Thursday… which makes it possible to close the gap and not return to school or work until the following Monday! We continue the year with Pentecost, a movable feast of religious origin celebrated on the seventh Sunday after Easter in memory of the Holy Spirit who descended on the apostles of Jesus. As the following Monday is a public holiday, the majority of French people retain from this holiday only the possibility to enjoy a three-day weekend. In the spring there is also Mother’s Day and Father’s Day.

France’s national holiday is celebrated on 14. July celebrated. This holiday of historical origin commemorates a significant event of the French Revolution: the storming of the Bastille. Nowadays, in most French communities, the French can admire magnificent fireworks or even dance at the firemen’s ball. In addition, military parades are organized. The Paris parade is traditionally broadcast live on television. The next holiday is religious. It is about the Ascension. On this holiday, which is a public holiday, Catholics remember Mary’s ascent to heaven. For the French, it is often an opportunity to admire fireworks at their vacation destination, as it is summer.

The end of the year is marked by the celebration of Halloween on 31. October, a party where children dress up as horrible characters and demand candy and sweets, under the pain of having cast a bad spell. The next day, the 1. November, is a holiday of religious origin. It’s All Saints’ Day, a tribute to the deceased whose loved ones will bloom the graves in the cemetery. The next holiday is the 11. November, the day that commemorates the victory of the First World War in 1918. Like the 8. May, this holiday is known for its many tributes to soldiers who died for France on. The end of the year is approaching, it is time to decorate the streets, stores and houses while waiting for the most popular holidays: Christmas. Children can write a letter to Santa Claus to list their wishes, and adults will think about the delicious food they will eat on 24. December on New Year’s Eve will share with their family. On 25. December, a religious holiday celebrating the birth of Jesus, all French people will unwrap their gifts and probably drink a glass of champagne. You have a short week to prepare for the festive New Year’s Eve, 31. December, prepare and celebrate the transition to the next year, usually with friends.