Thousands and thousands of animals, young and old, big and small, are looking for a new home and people who will take them in. Ethics.Guide appeals to all prospective animal "keepers" to get an animal from the following facilities:

The situation in many facilities is often precarious; especially before the vacation season, animal shelters are completely overcrowded. Some animals often have to spend far too long in quarantine cages because there are not enough alternative quarters. Whoever takes an animal from a shelter or animal sanctuary also helps to defuse the situation there. There are animals of all species and all ages in these facilities. Take enough time if you want to decide for an animal. Talk in detail with the keepers. The important thing is to find an animal whose needs you are up to and willing to satisfy. Some animals are traumatized and need special attention. They should be taken in, for example, only by experienced cat or dog owners. The caretakers usually know about character, compatibility (for example with children or other animals) and help you with the choice.

Whether Slovakia, Hungary, Serbia, Romania or Spain – in these countries, unfortunately, countless animals wait in killing stations for their violent end. In other countries, such as Greece, municipalities get rid of stray cats and dogs through regular poisoning campaigns. In Austria and Germany there are a large number of animal welfare organizations that place animals from killing stations, former street dogs and cats in good places in this country.

Posting at the vet

Practically in every veterinarian’s office you will find one or more notices where animals are being sought for new homes. Often veterinarians themselves have taken in animals in emergency situations and are looking for good places for them. The advantage of looking for an animal in this way is that the vet usually knows something about the background of the animals to be placed. 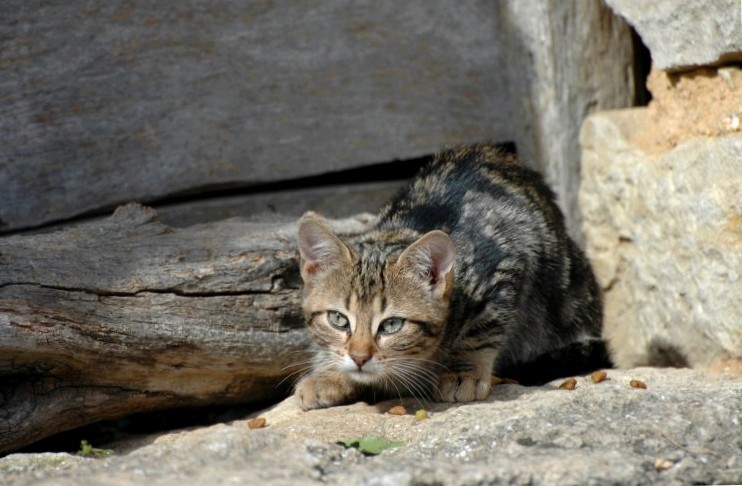 On almost every farm there are little kittens looking for a safe home. (Photo: Pixabay, Fritz_the_Cat)

Even today it still happens that "surplus" kittens are killed in a cruel way. Others suffer a fate as a stray cat. Many may not know that there is also a stray cat problem in Austria. The main reason is a legal exemption for farmers. While all other cat owners must neuter their animals – if they have free access – farms are not obliged to do so. As long as this regulation exists, there will be stray cats. Their life is hard, the animals fight for survival. Many cats do not survive the cold season and die of hunger or cold. But some also become targets for hunters.

In case of a litter on a farm, not all kittens would survive if they are not supported by humans, i.e. fed. If in the imprinting period of the first six to eight weeks there is contact with people and the kittens are also socialized to people, then from the 12. Give a sibling a new home in the first week of life. In any case the contact to a farm should be used absolutely also to the fact that a neutering of all free roamers is reached. The goal should be to convince the farmers of this measure, if necessary one can contribute a financial contribution or seek the support of regional animal welfare organizations.

Of course, theoretically nothing speaks against buying an animal or animals from a reputable breeder who treats his animals really well. But they do this against the background that more and more animals are given away in shelters or even abandoned. And you do this against the background that in our neighboring countries countless dogs and cats are killed because no one gives them a home and the animal shelters are overflowing. Instead of buying a pedigree cat or dog, you can secure the future of an animal from a shelter. In addition, there are also in animal shelters delivered race animals, if one attaches importance to it.

Animals should not be bought in pet shops either. The enclosures are usually not large enough for the animals to feel reasonably comfortable, the staff is often poorly trained and of course wants to sell first and foremost. And at all also with the purchase of an animal in the pet shop, the breeding, the trade with animals and possibly even the wild catch is promoted, since the demand is satisfied again and again by new animals. 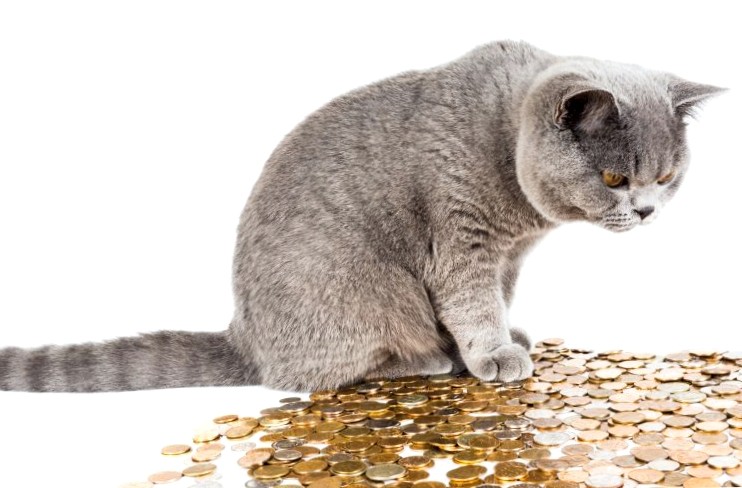 How much is a life worth? (Photo: Pixabay, imarksm)

Animal breeding as a lucrative source of income

Above all, dogs and cats should not be bought from pet shops. Unfortunately, since 2008 the sale of kittens is allowed again. The pet shop is not obliged to prove the origin or quality standards of the breeder. It is to be feared that for profit reasons animals are bought from abroad, which come from mass and backyard breedings. The puppies and young kittens therefore often show malformation and behavioral problems. Anything but species-appropriate is also the display in small enclosures in pet shops – with many strangers in an unsettled environment. animal.fair and ethical.Guide therefore demand a ban on the sale of dogs and cats in pet shops.

Even less recommended are fairs where there is neither time nor peace enough to consciously choose an animal and to get a sufficient picture of its state of health. This applies in particular to reptile exchanges. The animals have to endure a sometimes long transport and are under stress. Apart from that, we generally advise against keeping terrarium animals, as they are wild animals and cannot be offered a species-appropriate life in our latitudes, in our apartments and houses.

Caution on the Internet

Also with purchases over the Internet one should be very careful and we advise rather against it. They know nothing about the living conditions of the young animals resp. Mother animals. Absolutely you should also refrain from animal handovers on the street or at the parking lot. Mostly the young animals are imported illegally and under most adverse conditions from Eastern Europe. This concerns especially the puppy trade (details see here.)

It is different of course with the mediation of animals by animal welfare organizations or veterinarians. Also they often use the Internet to find a new home for fosterlings.

Relationship and responsibility for many years

"Easy to care" animals do not exist! Every animal is a living being with its own character, individual wishes and species-specific needs. Animals are not objects to be played with or stroked and are not home decorations. Whoever gives an animal a home, takes responsibility for a sentient being, enters into a partnership – a partnership for life.

A pet as a full member of the family. (Photo: Pixabay, StockSnap)

Before you enter into this partnership with an animal, you should answer several questions: Am I ready to enter into a (pet-)lifelong bond – with all the highs but also the lows?? Am I ready for many years (sometimes up to 20 and more) to take the responsibility for this living creature? Am I willing to pay the cost of sometimes very high veterinary bills (surgeries can cost beyond 2000 euros)? Am I also willing to take care of the animal when it gets sick, possibly also cleaning its bottom or cleaning up its mess when it has diarrhea or vomits? And am I ready to get involved with the nature of an animal and not assume that it will obey me??

If one is not ready for it, one should better leave it alone. In the interest of the animal, but also in one’s own interest. Finally, too many animals suffer in private households or end up in an animal shelter, because the decision was made spontaneously and without thinking, maybe even out of pity, or because "the circumstances of life" have changed.

Before one takes an animal to itself, one should inform oneself comprehensively about it, which (minimum) requirements it makes, in order to be able to live and feel well to some extent species-fairly, which habits of life it has. We have summarized the most important information for cats and dogs. However, you should also get detailed information from a veterinarian or read specialized books.

In particular, we advise against spontaneous actions and impulse purchases. Especially if you have not lived with a pet before, you do not know what to expect. We also strongly discourage giving animals as "gifts". Animals are not things that can simply disappear into a drawer when interest wanes. We have no way of knowing whether the recipient is willing and able to take on this great responsibility.

Children often wish for an animal and as a parent it is especially important to know that a child is not (or only to a limited extent) capable of recognizing the scope of this wish on the one hand and of independently caring for an animal and taking responsibility on the other hand. Therefore, the responsibility must always lie with the parents. They must help and control the care of the animal and they should be a role model in respectful and loving treatment of the animal. It is also very important to explain to the child exactly the correct handling of the new housemate. Especially with younger children, an adult must always be present with the child and the animal, unintentional accidents such as crushing or dropping can easily happen. 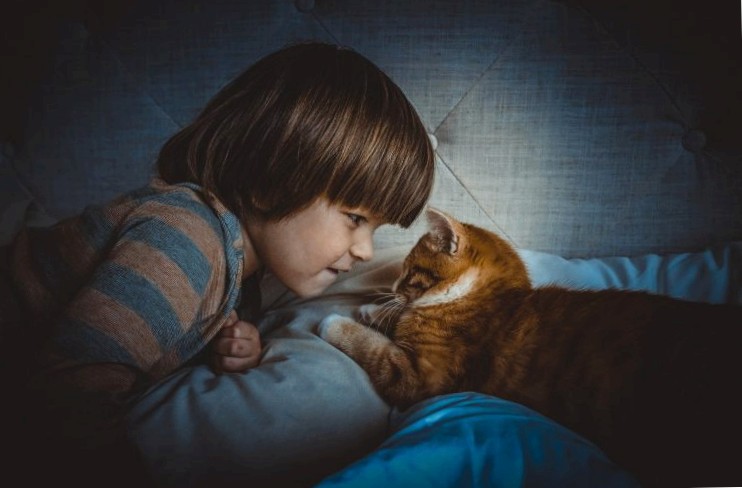 For the benefit of both parties, do not leave children and animals unsupervised together. (Photo: Pixabay, Olichel)

At this point, we would like to warn once again against ill-considered gifts and purchases. Children can quickly lose interest in animals once the novelty factor ceases to matter and seemingly only the chores of everyday life with the pet dominate.

Pets and pets cannot determine their own fate, cannot choose their humans. It is therefore all the more important that we treat them responsibly and with the utmost care, and the question of whether we take in an animal!

Animal-friendly alternatives to "owning" an animal

Often enough, the circumstances of life do not allow for a pet. There may not be enough time for an animal, the apartment may be too small, a family member may have an allergy to animal hair. How can you still bring animals closer to the children and promote the human-animal relationship?? There are several ways to do this: