The more alcohol you drink, the higher your risk of developing cancer.

Alcohol consumption in combination with smoking increases the risk of cancer enormously.

That smoking can cause cancer is known to most of us. The situation is different with regard to the connection between alcohol and cancer: We know that too much alcohol is not good for our health and can damage the liver, but few of us think of cancer. 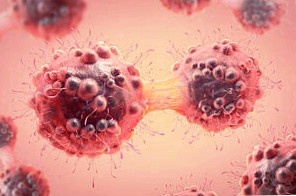 Studies show that some cancers are more common in people who drink alcohol regularly. Whether you drink beer, wine or spirits doesn’t matter.

The risk of developing cancer increases the more and the longer you drink. Alcohol can be causative for the following types of cancer:

Especially the Upper digestive tract is at risk. This includes not only the oral cavity but also the pharynx, larynx and esophagus. Daily consumption of 50 grams of pure alcohol – the equivalent of about 1.5 liters of beer or 0.5 liters of wine – increases the risk of cancer by two to three times.

Sustained high alcohol consumption is also a major cause of Liver cancer. Consuming more than 80 grams of alcohol (about 2 liters of beer) per day increases the risk of liver cancer by four to seven times. Women have a significantly higher alcohol-related liver cancer risk than men.

An increased risk of Cancer of the colon and rectum starts at four glasses a day. Compared to people who live abstinent from alcohol, this increases the risk of cancer by 1.4 times.

The Breast cancer risk In women, the risk of developing liver cancer increases from as little as one daily glass of an alcoholic beverage (z.B. 0.3 liters of beer). Each additional glass increases the risk by about seven percent.

How does alcohol cause cancer?

So far, four mechanisms are known for how alcohol affects cancer development:

Oxidative stress
Regular alcohol consumption can trigger so-called oxidative stress. This damages the genetic material and hinders the repair of the cells. So cancer can develop in several organs.

Acetaldehyde
Alcohol (ethanol) is converted in our body into a chemical substance called acetaldehyde, which damages our genetic material (DNA) and can thus promote the development of cancer. This mainly affects the upper digestive organs.

It becomes especially critical when smoking is added to alcoholic beverages. Alcohol makes the mucous membrane in the mouth more permeable and harmful substances, for example from tobacco smoke, can increasingly enter the body. The harmful effects of both substances reinforce each other. This increases the risk of developing cancer of the upper digestive and respiratory tract.

How to reduce your risk of cancer

Of course, not all people who drink alcohol automatically get cancer. However, the danger always exists. So the safest thing is not to drink any alcohol at all. And if you do, it’s best to stick to the following guideline:

Women should use a standard glass at most, e.g.B. consume one small glass of beer or wine, per day. For men: no more than two standard glasses per day. both men and women should abstain from alcohol at least two days a week.

Experts suggest that about nine out of ten alcohol-related cancers and cancer deaths could be avoided in men and about half in women if the above levels were not exceeded.