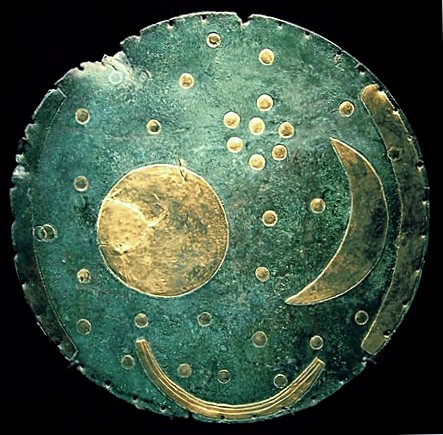 Archaeology is a science. Literally, the word means "the teaching of what is old". Historical science also deals with "the old", but more with written things. Archaeologists, on the other hand, work with ancient objects, such as ruins, pieces of metal, pots, and so on.

An archaeologist learned the subject of archaeology at university. Museums also have to do with archaeology. As an archaeologist, you look for places where people lived in the past. You dig there in the earth and try to explain what you found.

Many archaeologists do research on peoples and cultures that are particularly ancient: from prehistory, antiquity, and the Middle Ages. But archaeologists are also interested in more recent history, such as a factory from the 19th century. Century or a fortress from the Second World War.

What do archaeologists do? 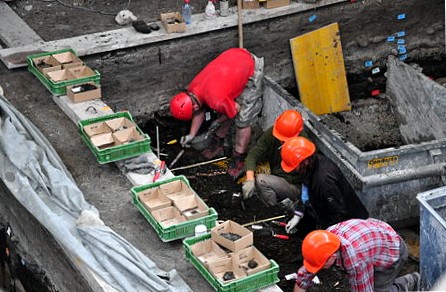 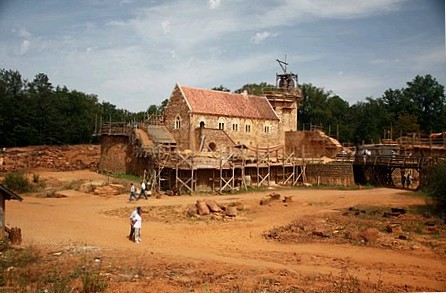 If you are interested in old things, you can do this in different ways. Many people think of archaeologists as people who dig in the ground and pull out old objects: bones, stones or shards of glass. But archaeologists do much more. For example, they spend a lot of time in a laboratory where they examine the objects. Or they learn more about their subject in the library or on the Internet.

Suppose archaeologists have found a Roman camp in Germany. This is where Roman soldiers lived about 2000 years ago. The archaeologists then have to remove soil and dust to get to the finds. You have to do this very carefully so that nothing gets broken. They need to write down exactly what they found, how, and where. Then they treat the finds so that they are well preserved. This is especially important with wood, for example. This is called "preserving". This means more than just storing the finds correctly.

In addition, the archaeologists want to understand exactly what they have actually found. When they find a long piece of metal, they want to know what it was made for. When was it done? What did the Romans need it for, was it a tool or was it just to look good? If something is written on it, archaeologists naturally want to be able to read it and understand what was meant by it, for example, in the case of a gravestone.

Experimental archaeology is still quite new. Here, scientists research how people might have made certain things, such as a spear or a boat, using the tools they had available at the time. They then try to recreate these things. Or they consider how people might have lived back then. They make experiments and observe people who try to live themselves for a while like the earlier people, for example, like the people in the Stone Age.

So archaeologists have to know and be able to do many different things. They have to be good at measuring and calculating, but also good at ancient languages. Other scientists help them, among others the classical philologists. A philologist is a connoisseur of the ancient languages Greek and Latin. If something is written on the Roman piece of metal, a philologist might be able to understand it.

How do archaeologists know where to dig??

Digging is a lot of trouble. So archaeologists often dig because they have to: When a new road or house is built, you have to quickly look to see if there is anything interesting there in the ground.

Archaeologists look at a landscape and ask themselves questions: If people lived here in the past, where would they have built a village?? Rather in a valley and not on a mountain. They would have needed water from a lake or river. A swamp would have been a bad place.

Aerial photographs, photos of the landscape taken from an airplane, are especially helpful. If there are ruins of a house under the ground, the plants above will grow worse or less high. From the airplane they see dark lines or spots.

But often archaeologists decide not to dig at all: What has lain dormant in the earth for centuries can continue to remain there. There it is better preserved than if you dig it up. Air, light and wind would probably soon damage the ruins. When an excavation is finished, archaeologists usually just cover a site back up with sand to keep it well preserved.

Where are the excavated things?

Only if exposed walls are still well to be recognized, one leaves the place of discovery already times permanently openly. Then tourists and school children can visit it. They are then told how it probably looked completely in former times. But for that you have to organize a lot. Parts have to be fortified, others completed. A fence, a ticket booth, lounges, toilets and information boards are erected. Overseers and guides want to be paid. Mostly a small museum, a store and a cafe belong to it. The whole thing is called an "archaeological park".

The best finds found during the excavation are often exhibited in the same place or shown in a large museum of the country.

What mistakes do archaeologists make?

Archaeologists have studied at the university, they know very well, and they talk to their colleagues. Nevertheless, like all people, they can make mistakes. Sometimes they suspect something that later turns out to be wrong.

If you want to do research, you often need money and support. The people who give money want to see results. That’s why some archaeologists tend to present their finds as very special and unique. Sometimes an archaeologist sees something because he wants to see it that way, because he wants his own assumptions to be confirmed.

So a rich merchant, Heinrich Schliemann, set out to find Troy. This was a city that appears in a story by the Greek poet Homer. Schliemann believed that this city really existed. He followed what Homer had described and actually found ruins there. Today we know: What Schliemann thought to be Troy was at least 1000 years older. Besides, Schliemann broke a lot of things while digging. Nowadays they are much more careful. But this is only one of many examples.

What is not archaeology?

There are many people who are interested in old things. They also want to know more about how people lived in the past. This is why people go to a medieval festival, for example. There they dress as they think one looked in the Middle Ages. Many visitors look at that, and often they learn about the Middle Ages from it as well.

Sometimes such historical events are well done. What archaeology and historiography have found out is well explained there. Often, however, people are only interested in entertainment and fun. An ancient castle may have a cellar where people used to store food, a storage cellar. But today’s visitors are told that prisoners were tortured in the basement. Why do they say that? Because it simply sounds more exciting.

Finally, there are treasure hunters who search for ancient objects in the ground on their own initiative. They walk around with metal detectors, which are devices that indicate when there is metal in the ground. Some of these treasure hunters are honest: when they find something, they report it to the state. There may be a small reward for this. Other treasure hunters, on the other hand, dig up what they have found and sell it secretly. Archaeologists are very angry about such "robbery excavators".

What we owe to archaeology?

People have always been interested in finds. But archaeology is a science only since the 18th century. Century. The finds were not only collected, but also researched. Since then, we know much more about the past than would otherwise have been learned only from old books.

In 19. In the sixteenth century, for example, people dug in the area where Mesopotamia once lay. That is in today’s state of Iraq. Archaeologists found pieces of pottery on which something was written, clay tablets. Finally one could read the writing. Some of the stories on these clay tablets sounded very familiar: Similar things are also written in the Bible of the Christians. So they learned that the Bible probably didn’t invent these stories itself.

In addition, we know today through the findings of advanced civilizations and peoples who have left us no books like the Bible, but which were no less important. But there is still much that archaeology does not know. For example, it is still a mystery how the ancient Egyptians built the pyramids.

This gravestone of a Roman child contains the expression "turicensis", which means "from Zurich". It is the oldest testimony of the name of this city.

The Rennwegtor in Zurich was demolished. When the foundation walls were found a few years ago, they were covered up again in order to preserve them.

The Archaeological Museum of Northern Macedonia

Under an old amphitheater from Roman times, now in Tunisia

Dog with corncob: This figure was found in Mexico.

There is also an article about "archaeology" for reading beginners on MiniKlexikon.en and further search results of Blind Cow and Ask Finn.

The Klexikon is like a Wikipedia for children and pupils. The most important things simply explained, with definition, many pictures and maps in over 3000 articles. Basic knowledge suitable for children, everything easy to understand. Good for school, i.e. for homework and presentations in elementary school, for example.