For our monthly theme specials, there are regular book recommendations for the respective special theme. For our August special on summer and the vacation season, we asked for book tips and have put them together for you here.

We hope you enjoy reading! 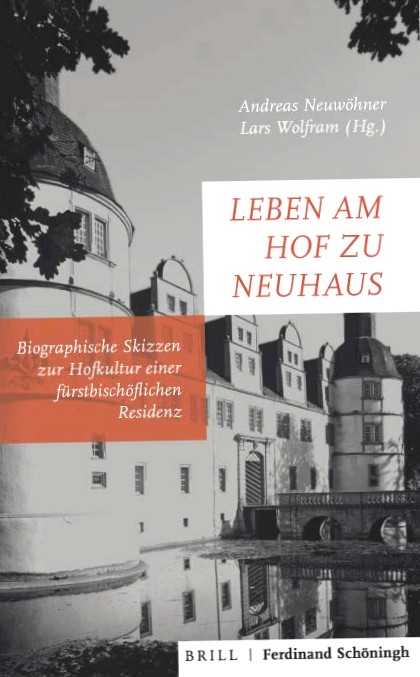 Two "kinds" of books will accompany me on vacation this year:

On the one hand, a highly interesting book about the "Life at the court of Neuhaus" (Hg. Andreas Neuwohner, Lars Wolfram – Ferdinand Schoningh 2021). As a former priest of the old residence, I was very interested in what life at the prince-bishop’s court had been like since the late Middle Ages, but especially in the heyday of the Baroque period. Many aspects are illuminated in the individual essays: the visit of great personalities such as Gottfried Wilhelm Leibnitz, the hosting of a wedding for relatives of Prince-Bishop Ferdinand II. von Furstenberg, but also – certainly very topical today – the story of women at the ecclesiastical court (incidentally, not a scandalous story!). The articles are interesting, entertaining and good to read – for me a benefit.

The second book will be a crime novel by the British author Colin Cotterill. To his imagination is the figure of the Laotian doctor Dr. Siri Paiboun, a former militant communist who was appointed state coroner in the Lao People’s Republic in 1975 – even though he could have retired long ago. His experiences with the communist state are sobering, partly only to be endured with sarcasm and his own kind of humor. His allies help him not to resign, but together to bring many a tricky criminal case to an often surprising solution. The doctor often finds himself in great danger and experiences things that go far beyond the limits of reason.

Each book from the multi-part series, which accompany the main characters to the frontier of the 1980s, is worth reading, enjoyable and extremely exciting. The first volume is called "Dr. Siri and his dead". By the way, I came across the author and his work rather by chance, because an audio book, excellently read by Jan Josef Liefers, fell into my hands. 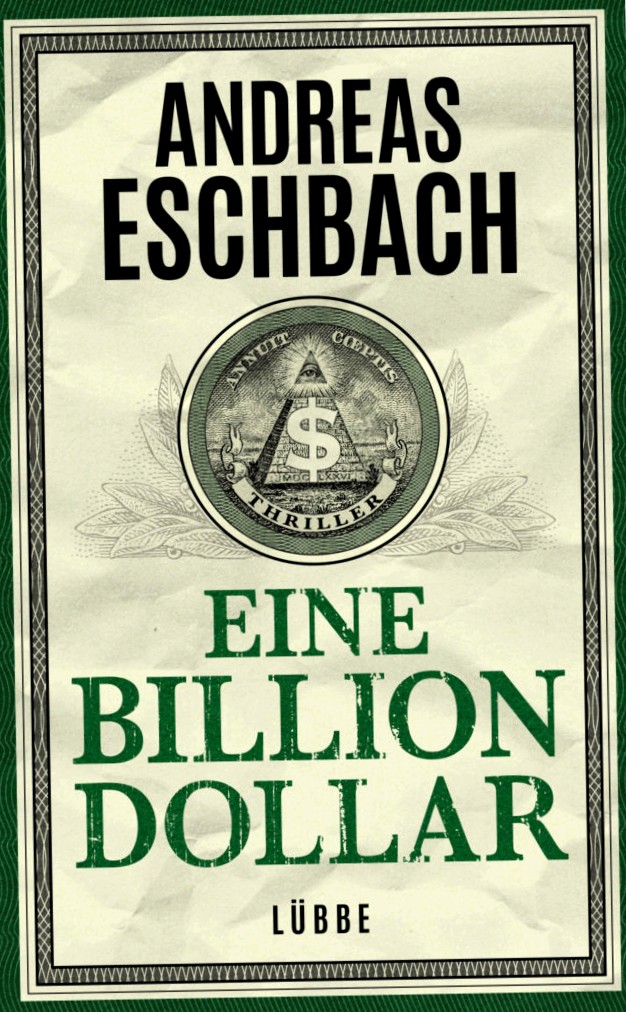 Who would not like to have them? A Trillion Dollars! For the pizza delivery man John Salvatore Fontanelli this becomes reality overnight. Lawyers reveal to him, as the last living male descendant of an Italian merchant, that the money wisely invested in the years of the Renaissance has matured through interest and compound interest into a real fortune, which he now inherits with a little catch. Fontanelli uses his inheritance to invest in things he could only dream of as a penniless pizza delivery man: Bodyguards, a villa, a yacht. He negotiates with the powerful of the world.

Fontanelli experiences the positive, but also burdensome sides of wealth and quickly realizes what power money alone can have, but also can not have. At the same time he is looking for the answer to the little catch: the heir should "give back to mankind its lost future". The novel describes how he succeeds in just under 800 pages. Despite the open ending, an exciting and interesting thought experiment.

Thomas Mann – The Chosen One

For the material of his late work, Thomas Mann draws on the medieval legend of Pope Gregorius, as handed down by Hartmann von Aue. It tells the incredible story of the life of a "Christian Oedipus" who, himself the result of incest, marries his own mother, then, when he realizes this, imposes on himself a self-imposed martyrdom as penance, miraculously survives it and is finally appointed pope.

Thomas Mann gives the story, which is already full of twists and turns, even more momentum and wit through a skilful use of irony, and thanks to his masterly feeling for the psychology of his characters, the plot gains even greater depth. Thomas Mann skilfully uses a fictitious, omnipresent narrator who takes the reader by the hand and accompanies him on this ride through all the ups and downs of human existence.

That this story, despite its actually heavy themes of sin, guilt, repentance and forgiveness, has a peculiarly cheerful lightness, we owe to Mann’s irony: this is nowhere biting or exposing, but always subtle and age-mild. The tone is humorous, but always far from ridicule and silliness. In general, Mann’s prose here shows a fundamental sympathy for all things human.

"The Chosen One" is probably one of the author’s most accessible works; thanks to its linguistic mastery and high entertainment value, it is hereby warmly recommended as vacation reading!

Dusseldorf: Droste, 2021. (Available in bookstores and at the media center in the archdiocese of Paderborn (Paderborn location) under the call number Cfq 11 Ostw; other titles in the series available in the library deal with the Ruhr region, Sauerland, Bielefeld or the Munster region.

Summer vacations provide an opportunity to switch off from the hustle and bustle of everyday life and enjoy time with family and friends. Especially in Corona times many also stay at home and have the desire for common undertakings. What could be more natural than rediscovering one’s homeland??

In the region between Bielefeld and Paderborn, around Teutoburg Forest and Weserbergland, there are more or less known places where the senses are spoiled: at the "magic" Externsteine, at soothing graduation works (Salzkotten, Bad Salzuflen) or at the lookout point Weser-Skywalk. If you’re looking for exercise, you can ride a trolley or play swing golf. The series "Glucksort in…" offers connoisseur’s tips on places that are sure to leave happy memories and enrich vacations.

Dominik Susteck from the Department of Church Music recommends:

Organ tuners are not appreciated. Nor is organ music, writes author Maarten t’Hart, and it is unthinkable that anyone would write a book about it. He proves the opposite with his novel "The Night Vocalist", set in the late 1980s. He takes the reader into the ideal world of a small harbor town in the province of South Holland, to Maassluis. Protagonist Gabriel Pottjewijd takes the famous Garrels organ (1730-1732) of the "Groote Kerk" for tuning and restoration. The church council of the neighboring church "Immanuelkerk" also asks him to play the Seifert organ from 1954. The reference to real place and organ landscape is captivating.

The details of organ tuning are lovingly described: from the problems of tuning under the noise of the nearby shipyard, to the art of holding the keys, which is mastered by a strange girl. Their hot-tempered mother quickly becomes the central figure of the book. A complicated love story develops as if by itself. This is eyed begrudgingly in the little town. Pottjewijd is threatened anonymously. The resolution of this conflict surprises.

Palm trees, white beaches, lots of sun – and that in Finland? The investor of a Miami-Vice-style resort in the sleepy seaside town of Kahara firmly believes that the flow of tourists to "the hottest beach in Finland" will soon begin. In the meantime, he has to overcome a few "difficulties", such as. To "persuade" the owner of an attractive neighboring property to sell her childhood home. To do this, he hires two not very skilled small-time crooks, who promptly get out of hand with the deterrent maneuvers. Soon there will be an "accidental" death. Unfortunately, the "deceased" is the brother of a hit man and he vows revenge. Soon it will be over with the beach peace.

The crime novel of the Finnish cult author entertains with dry to raven humor and irritates the laughing muscles. An ideal relaxing read, also for those staying at home.

David Safier’s new book is a casually entertaining crime novel, with the crime plot being more of a secondary matter. The main character Angela Merkel, husband Achim, bodyguard Mike and pug Putin as well as their interactions are described in such a humorous way that reading is really fun without ridiculing the characters.

What is at stake? Angela is retired and lives in the Uckermark with her husband, pug and bodyguard. She wants to feel at home here, far away from the hustle and bustle of Berlin. But only hiking (still in the chancellor’s blazer) and baking (no more fruit cake after the fruit farmer introduces herself as AFD local leader) is too boring for her. When she finds Baron Philipp von Baugenwitz dead in a suit of armor in the castle dungeon, Angela discovers a new hobby: solving murders. It really can’t be more difficult than the office of a German chancellor. With the same tenacity and perseverance with which she once endured crisis meetings in the chancellor’s office, Miss Merkel does not let up and does not shy away from any dangers in her investigations.

Throughout the book, there are allusions to famous people and experiences from Merkel’s life as chancellor. Only Angie knows to what extent these correspond to the truth, but imagining that it could have been like this provides a lot of fun and entertainment. In any case just the right thing for a relaxing vacation.

In the media search of the media center you can rummage beyond that in the far-reaching offer: