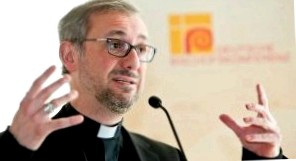 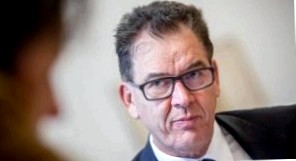 Without European cooperation, a solution to refugee policy will ultimately not succeed. This was the conclusion reached by politicians and church representatives at a panel discussion in Munich on Thursday evening.

German Development Minister Gerd Muller (CSU) pointed out that large parts of former war zones had been pacified in the meantime. This is true for parts of Syria and Iraq. People could return there, and many would want to. The German government financially supported the reconstruction of destroyed residential areas. According to the minister, however, a kind of Marshall Plan with a financial volume of 10 billion euros is needed for crisis regions, which can only be provided by European solidarity.

Education must also be made available to people in refugee camps, as the former director of the Jesuit Refugee Service (JRS), Peter Balleis, said. In recent years, he said, JRS has developed a system that allows young people to study over the Internet. In courses such as ethics, comparative religion and philosophy, they learned critical thinking and understanding for other beliefs in a "global classroom. This, he said, would lay a foundation for building a tolerant society.

Hamburg Archbishop Stefan Hebe, the German Bishops’ Conference’s commissioner for refugees, also considers interreligious dialogue to be essential. This is how Caritas in Syria helps people regardless of their religion. In principle, however, "We must do everything we can to ensure that people can stay in their homes."Hebe gave consideration to the fact that climate change will be another cause of flight in the future. If people in their home countries are no longer able to farm and their survival is threatened, they too will set out on the road.

The occasion for the discussion was the opening of the exhibition "Life on the run". The multimedia project, initiated by Mirco Keilberth and Oliver Rolofs, uses portraits and reports to present places and people who are confronted with the challenge of migration. This includes committed citizens, border police officers, smugglers and people who have made their way to a better life.