The state is having a reactivation of the Bornim-Grube train station examined. In the city hall one is surprised – because Potsdam has actually other ideas.

Potsdam – For years, traffic has been one of the most important problems in the growing city of Potsdam and its surrounding area. But apparently the city and the state have not been on the same track recently on this subject. While both sides agree that there should be more and better train connections. But when it comes to the details, I guess the clutch doesn’t work.

Current occasion is the inconspicuous Bornim-Grube station, which was closed almost 28 years ago. The former stop is located on the line of the Berlin outer ring between the stations Golm and Marquardt. For decades, the trains of the so-called Sputnik, which ran at S-Bahn rates around West Berlin, which was walled in at the time, stopped there. Since 1994, the trains have whizzed by unchecked. There is not even a level crossing. Part of the former station site is used by a car dealership and a waste disposal company. Address: Am Bahnhof (Grube).

[If you want to get the latest news from Potsdam and Brandenburg live on your cell phone, we recommend our app, which you can download here for Apple and Android devices.]

But if the Brandenburg Ministry of Infrastructure (MIL) has its way, things could look very different in the future. As reported, the ministry recently had 32 lines examined to determine where reconstruction would be worthwhile. The results of the investigation will be included in the new state transportation plan 2023-27, the ministry said. "In addition, local rail passenger transport (SPNV) has a special significance, which should link all regions of Brandenburg and thus enable fast connections throughout the state," said Minister Guido Beermann (CDU).

The "PTV – Transport Consult GmbH" – located not far from the KaDeWe department store in Berlin – was commissioned with the potential analysis. The routes and stops were analyzed for several criteria: "traffic potential in the catchment area," "infrastructure condition" and "network impact". Now they are to be examined in detail for an activation possibility in feasibility studies in two work packages. These examined routes and 35 stops were the result of a previous inquiry by the MIL among the counties and independent cities, according to the ministry.

Satzkorn station has too small a catchment area

For Bornim-Grube, analysts found that 3800 people live within a ten-minute radius, 20 percent of whom would have to get into a car to reach the station, 30 percent would have to use a bicycle and 50 percent would have to walk. The same criteria were applied to the Satzkorn station. There, however, one came only to 1056 people in the catchment area. Therefore, its reactivation is not pursued further.

The Bornim-Grube station, on the other hand, ended up in the top group nationwide. However, the residents would have to be good on foot: The center of Grube, with its 434 inhabitants, is a good 1.3 kilometers away. The shortest way to Bornim church is a good two kilometers – if there were a way to cross the tracks. And most of the houses in the district with at last about 3400 inhabitants are further away. In the vicinity of the station itself there are only meadows and fields. 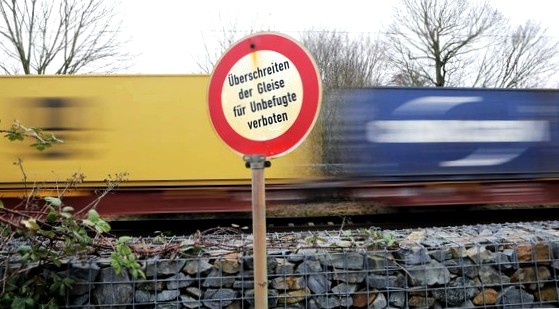 Potsdam’s city hall is surprised by the interest in the remote stopping point. "The state capital has not proposed the Bornim-Grube station for reactivation", it says on PNN inquiry. The Golm-Eiche-Bornim-Bornstedt area does appear in the Integrated Urban Development Concept (Insek 2035) as a test area for future extensions of the streetcar network. "Not in focus, however, is a (re-)activation as a stopping point for regional rail traffic."

The city has these ideas

The city administration has other ideas. The Satzkorn station is favored there. This station is also located on Berlin’s outer ring and was also closed in the early 1990s. "In the immediate vicinity of the stop is the Friedrichspark, in which it is planned to develop in the next few years business with a potential of at least 1200 employees", says city spokeswoman Christine Homann. "A realization of the development envisaged in the corresponding development plans is planned until 2027."And employees should not get into their cars if possible, but use public transport instead. The city would support this goal with a connection to the urban and regional bus network, which would further increase the potential of the stopping point.

A comeback of the Bornim-Grube station is not being discussed for the first time. As early as 2010, the Chamber of Industry and Commerce (IHK) and the site management of the Golm Science Park had presented an expert opinion on this issue. Trains should run from there to Berlin-Spandau and BER Airport. But nothing came of it. 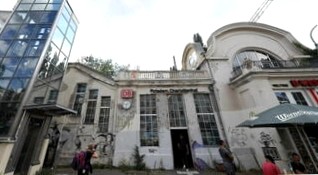 On the other hand, there is to be movement at another station in Potsdam’s northwest. As reported, Marquardt station is to be developed into a mobility hub for the north of Potsdam. The city wants to modernize the station environment – a tender is underway. "Should we be able to commission a construction company through the process, construction of the transport facilities will begin in spring 2022," Homann said. This would include a P+R car park, bus stops and bicycle stands as well as the access roads from the B 273.