Eating disorders are pathological. They are not directly related to the often criticized wrong, unhealthy or overabundant food. An eating disorder is defined exclusively as disturbed, individual eating behavior. Eating disorders, however, only occur where there is an abundance and abuse of food. The following eating disorders play a role in today’s world: 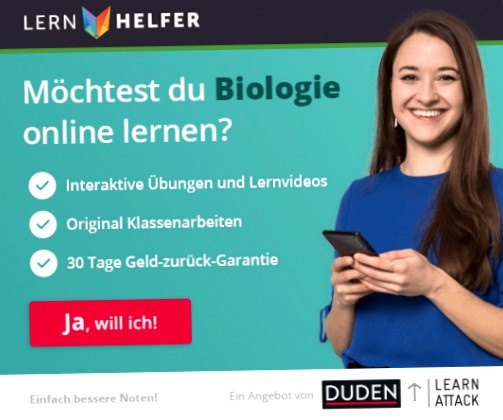 Bulimia is from the Greek term bulimos Derived, this one means "ox hunger". While there have been reports of this disease here and there in the past, it has become much more common in the last 20 years. Most of those affected are female (95% of all people suffering from bulimia nervosa). The incidence is thought to be 2 to 4 percent in the at-risk group of 18- to 35-year-old women.

symptoms: Bulimia is characterized by repeated attacks of ravenous appetite ("binge eating"), usually followed by self-induced vomiting, hence the term "binge eating" . These binges usually involve eating foods high in fat and carbohydrates (up to 50000 calories per "binge"). The frequency of the eating and breaking attacks ranges from 1-2 per week up to 20 per day.

Eating pleasure and torment: Normally, the "eating and breaking attacks" take place in complete secrecy, partners or family members hardly notice at first or much too late. The feelings of those affected range from "I could eat you" to "You make me want to puke!". Highest sensation of pleasure, satisfaction, deep dejection and a feeling of failure form an interplay. The usually present deep feeling of shame after a "binge eating and breaking attack" is the reason why sufferers do not even tell best friends about the disease. Due to the binge eating addiction, there is often also a secret "mouth robbery" from the food supplies of the family or the shared apartment. The required quantities of food often even cause the affected person to incur debts.

Relief vomiting: In addition to voluntary vomiting, other means are used to help prevent the fattening effect of the huge amount of food ingested. These include laxatives, appetite suppressants, periods of fasting, and dehydrating medications (diuretics).

Motives: Sufferers are permanently preoccupied with everything to do with food, calories, body weight, diet and figure. Its ideal is a very slim body. In contrast, there are two inherently incompatible inner goals: disinhibited, devouring food-wanting and the desire to stay or become thin. And in bulimia they see THE Solution. Some other characteristics apply to people with bulimia:

Consequences: Bulimia usually leads to emotional loneliness, because those affected hardly talk about it with friends and loved ones. This often leads into depressive mood and even further into bulimia. In addition to mental problems, bulimia also leads to physical problems, for example:

If there is a psychologically or physically caused pathologically increased need to eat with and without a feeling of hunger, then one speaks of bulimia or binge eating . This term bulimia is often and not entirely correctly used as a synonym for binge eating disorder (Bulimia nervosa) needed.

Basically, the term " anorexia nervosa ", colloquially also called anorexia, is a misnomer for the disease we are dealing with here. "Anorexia" comes from Latin and means loss of appetite. However, the cause of anorexia is not a lack of appetite.

Causes: Anorexia is a psychosomatic illness, d.h. Psychological processes play an important role in the development of the disease. Anorexia is therefore based on psychological and physical interactions. It is characterized by an extreme weight loss resp. Keeping an extremely low weight off. There is a constant fear of becoming fat. The low weight is achieved by unusual methods of eating and weight regulation and refusal of food intake. Women from 15. Up to 25.The children under the age of 18 are considered to be the main risk group for anorexia nervosa. About 1% of girls and women in this age group are anorexic. Only 5% of all anorexics are men.

Symptoms: Weight loss is the most noticeable symptom of anorexia nervosa. A weight loss of 20% of the initial weight within a relatively short period of time (ca. 3 months) is already a first indication of anorexia. The emaciation often goes as far as a life-threatening general weakening of the body. The reason for this is the absolute refusal or restriction of food.

The probability of dying from this disease is very high. 10 out of 100 anorexic patients die of this disease, they literally starve to death.

Another symptom is that Absence of monthly menstruation ( menstruation ). For some anorexics, this is very convenient, as it meets a rejection of the conventional female role.

As some symptoms resemble that of Bulimia nervosa (binge eating disorder), it is difficult to clearly differentiate between anorexia and other disorders.

Consequences of anorexia: In addition to the absolute deficiency of minerals and electrolytes, other consequences include severe malnutrition, slow heart activity, low blood pressure, abdominal discomfort, lowering of the metabolic rate, tooth loss, disturbances in the protein and mineral balance, especially potassium deficiency. Many anorexics freeze quickly, the cause of this is the disturbance of temperature regulation. (Freezing is an energy saving measure of the body.)

The skin of anorexic patients often becomes very dry and scaly and loses elasticity. As a result, the skin of young girls affected often appears aged. nails and hair become brittle, sometimes they fall out. On some parts of the body one can notice a fine, downy hairiness. Other physical consequences include muscle weakness, concentration problems and excessive physical activity (hyperactivity).

Psyche of the anorexic: Eating behavior is severely disturbed, and food intake is rejected. Sufferers are addicted to being skinny and are very afraid of being fat (weight phobia). They eat only a minimum, although they feel hungry. The food consumed is extremely low in calories. The thoughts of anorexics constantly revolve around food, weight, and body image, with body perception totally distorted: even when extremely underweight, the body is perceived as too fat. The extreme and life-threatening emaciation of the body is not recognized by anorexics. They lack any insight into the illness and suffering.

Anorexics are often very performance-oriented and motivated. This is manifested in extreme perfectionism. There is a strongly pronounced impulse control, d.h. Feelings have to be controlled, especially hostile and evil feelings have to be suppressed completely.

Many sufferers isolate themselves from their environment. They do not attach importance to a partnership or sexual contacts, their own body does not interest them in terms of sexuality or their own physical maturation.

King BELA IV. of Hungary vowed in 13. In the sixteenth century, after the Mongols invaded, to bequeath one’s next child to God and give it to a monastery in case of victory. This child was Princess MARGARETHE of Hungary. She was born in 1245 and raised in a convent as promised. According to descriptions MARGARETHE was very striving and pious. When her father wanted to marry her off, she did everything she could to prevent it. She dressed as unattractive as possible, began fasting exercises, sleep deprivation and exhaustive work. When visiting her family, she refused food. MARGARETHE loved to prepare food for her fellow sisters, but never ate herself, retreating to church to pray during the meal. She was very obedient and of clear, alert mind. In 1271, at the age of 26, she died of the consequences of the disease after a fever. Your body has been described as fragile.

Not pleasurable eating characterizes the obesity ( Adipositas ), but seizure-like eating (regular gluttony). Eating behavior is not normal, eating is done when you feel bad, when you feel frustrated. When such conditions occur, nothing edible is safe from the obese, and the quantities they devour are anything but normal. While most obese people will eat almost anything that is there, there are some specialists as well. These have certain preferences, z.B. chocolate or savory things. Common to all: already during or at the latest after the attack, the frustration is worse and more intense than before.

Some causes of obesity

First of all, there are some individual reasons to name, u.a.:

Then there are some social reasons added, u.a.:

Binge eating is the gobbling down of very large amounts of food in a very short time. These are food cravings.

The cause of this is again the desire to have a slim figure. The fear of getting fat leads to girls in particular trying to lose weight. That’s why various diets are tried (for girls ca. 4 times more often than boys).

The ideal of slimness, however, can be the trigger for harmful eating disorders. Almost a third of all girls are plagued by cravings, which are then atoned for with feelings of guilt.