Vomiting probably disgusts everyone. For certain people vomiting – in themselves or in others – even causes panic and fear, so that they significantly restrict their lives. Many do not leave the house, do not go to work and stop eating. These people probably suffer from so-called emetophobia.

An emetophobia is more than a common disgust of vomiting, it is a mental illness that belongs to anxiety disorders. those affected have an incomprehensible fear, sometimes even panic, of vomiting. Some people are afraid of vomiting, others are terrified when confronted with vomiting from other people. For this reason, people suffering from emetophobia avoid situations and places that they consider risky. The following signs indicate that the fear or. the abhorrence of vomiting is pathological:

– the fear of vomiting, either by oneself or by others, is very strong and lasts for a long period of time
– Sufferers are aware that their fear is exaggerated
– Situations in which one could be confronted with one’s own or another’s vomiting are deliberately avoided
– social and professional life is significantly restricted
– Emetophobes actually end up throwing up, or. When they see someone throwing up, the fear turns into panic. Accompanying symptoms such as heart palpitations, breathing difficulties, feelings of anxiety in the chest, difficulty swallowing, sweating and dizziness.

Affected persons tell of how they hardly dare to go out of the house. In addition, they avoid fairs, concerts or parties, so as not to come into contact with drunk people. They also avoid pregnant women and children. Emetophobics stay away from restaurants or meals with friends. They trust only meals that they have prepared themselves. These remarks make it clear that a "normal" social life is no longer possible for the majority of sufferers.

Emetophobia is a "young" disease. In the professional world, it has only played a role for a few years. This leads to the fact that the diagnosis still remains difficult. Affected persons often feel a certain nausea, also intensified by their increased attention and anxiety. As a result, physical symptoms are often misinterpreted and a diagnosis of "irritable bowel syndrome" is made. Because people with this phobia extremely restrict their food intake – due to fear of vomiting – they often lose weight drastically. Many medical professionals often confuse the condition with anorexia as a result. But those affected are in no way interested in starving themselves, their self-esteem does not depend on their body weight. An exact diagnosis is therefore extraordinarily important with this anxiety disorder.

How is this phobia treated?

Both teenagers and adults can be affected by emetophobia. Women are more often affected by this condition than men. Exact data about the number of people affected by emetophobia does not exist. Many sufferers do not even recognize their condition as a mental disorder and therefore do not seek therapy. However, if the diagnosis is correct, there are good treatment options available. "The chances of curing this anxiety disorder are very good," says Fabian Muller, a psychologist at the Clinicum Alpinum. Behavioral therapy is the most promising therapy here. Similar to people with a fear of heights, emetophobics also deal with situations they are afraid of. Unlike people with a fear of heights, who face great heights, with emetophobia there are no places where you can just watch people throw up. As a result, therapy often involves the use of images and/or videos. In addition, sufferers should generally seek out situations they would otherwise avoid. Thus, they learn bit by bit to overcome their fear and also slowly return to a "normal" life. A recently published book, not only helps sufferers but is also helpful for therapists and professionals. 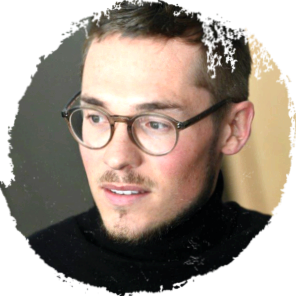 To the author
Fabian Muller, studied psychology in Zurich and graduated with a master’s degree in clinical psychology. Currently, the psychologist is completing advanced training in "psychotherapy with a cognitive-behavioral and interpersonal focus" at the Klaus Grawe Institute in Zurich. During his studies, he worked at the Fluntern sleep lab in Zurich. After graduating, he worked at the Clinic St. Pirminsberg in Pfafers and worked there as a ward psychologist on the weaning ward and internship coordinator in the field of psychology. Since March 2019, the psychologist has been working with us at the Clinicum Alpinum.