Every year, when the great feast of Christmas approaches, all people fall into a festive mood. The real meaning of the holiday is largely unknown to many people. It is celebrated extensively and given as a gift, but why actually? Also the awareness of St. Nicholas, Santa Claus, the Christ Child as well as Knecht Ruprecht is extremely underdeveloped among many people. This is what we would like to change with this article. 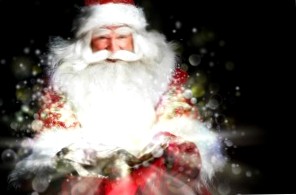 There is always great confusion among children (and many adults) as to what the difference is between Santa Claus and Santa Claus. Some people falsely claim that they are one and the same person. Santa Claus is certainly offended by this claim, because he is the original and not an artificial figure developed solely for advertising purposes.

Broadly speaking, the two figures can be distinguished as follows:

The role models of Santa Claus

Although St. Nicholas is one of the saints and is revered by many people, his life is difficult to reproduce from a historical point of view. Writings show that the figure of the folk saint consists of several St. Nicholas. The first was born between 280 and 286 in Lycia, today’s Turkey. Nicholas’ parents were very rich and died when he was 16 years young. After the death of his parents, he lived alone in a big house for years and shared his wealth with poor people who knocked on his front door. Later he sold his house and moved to the port city of Myra, where his cousin lived. At that time the emperor Constantine was crowned. This allowed Christians to build churches and meet there for worship. Nicholas was shortly thereafter ordained a priest and later elected bishop.

As a bishop, he shared his wealth, which he received from the sale of his house, with the poor people. He built almshouses and established orphanages. In the harbor he built a house for elderly sailors who could no longer practice their profession.

Many years passed during which St. Nicholas did a lot of good for the inhabitants of Myra. One day, however, a long drought followed, triggering a major famine. When an Egyptian ship reached the port of the city, people rejoiced to finally receive grain to bake bread. However, the captain refused to sell the sacks because he had to deliver them all. Only when Santa Claus assured him that he would not get into trouble, the captain gave away 12 sacks to the starving population. Later, the captain’s merchant is said to have counted and weighed all the sacks. Not a single sack is said to have been missing – a true miracle.

In addition to this story, there are many other traditions and legends surrounding the role models of Santa Claus. Thus, a poor father is said to have intended to send his three virgin daughters to prostitution because he lacked the money to marry them off. The wealthy Nicholas is said to have saved the three girls by secretly smuggling money into the house. According to another legend, three boys looking for work fell into the hands of a murderous butcher. After the latter cut it up and processed it into sausage, St. Nicholas is said to have brought it back to life.

The evolution of Santa Claus

Santa Claus was not surrounded by miraculous legends, because this figure is a concept of modern industry. After the Reformation, efforts were made to create a Christmas symbol out of St. Nicholas and his companion, Knecht Ruprecht. This alone should serve the distribution of Christmas gifts. In the second half of the 19th century. At the beginning of the twentieth century this figure was found in Santa Claus. In Protestant areas there was henceforth Santa Claus, while in Catholic areas there was the Christ Child or St. Nicholas.

Santa Claus owes his appearance to a painter of the late Romantic period: a long white beard, a rod, a hooded coat and a sack of presents – the cult figure was already created. The painter drew on legends and fairy tales to create the figure of "Mr. Winter" in 1847. The figure was used in a picture story for the "Munchner Bilderbogen" and went around the world. After the belief in Santa Claus became established in this country, he was also imported to the USA by European emigrants.

There was no dress code until the beginning of the 20th century. Century not. The cloaks were both red, blue and gold in color. His size also ranged from giant-sized to dwarfed. It was not until the Swedish painter Haddon Sundblom was commissioned by Coca-Cola to give the figure a red hooded coat with white fur trim, a rakish beard and chubby cheeks that Santa Claus was given the prestigious appearance that every child knows today.

The gift-bringers Knecht Ruprecht and the Christ Child

For some children, it is not St. Nicholas or Santa Claus who brings the presents, but the Christ Child or Knecht Ruprecht. The former is an invention of Martin Luther. The reformer was a thorn in the side of the veneration of the saints, so he created a counter-figure to St. Nicholas. Unlike Santa Claus, who brings presents on 6. December, the Christ Child distributed his presents on the 25th. December.

Curiously, Catholics adopted the Christ Child from Luther, while Protestant families told their children about Santa Claus. Santa Claus himself, as mentioned above, was created by merging the figure of St. Nicholas with the figure of Knecht Ruprecht. The latter is the assistant of Santa Claus, who visits children at home together with him. While St. Nicholas is a positive figure in all legends, a negative role is assigned to his companions, who has a punitive role. Knecht Ruprecht was originally not known by this name, but rather as Belznickel, Beelzebub or the devil.