Mexico is the most Catholic country in the world after Brazil. Accordingly, Christmas has a very special meaning here and is celebrated in a big way. In particular, the pre-Christmas period – which, depending on individual anticipation and motivation, can begin as early as mid-November.

Different customs and traditions characterize the festivity in Mexico. Typical Mexican dishes and lavish decorations are not to be missed. Especially regarding the decoration, the motto is "better too much than too little" : what may seem excessive and discreetly kitschy to some, is quite normal in Mexico.

At the same time, the religious meaning of the event is strongly expressed in the Mexican Christmas traditions.

Here is a small summary of the most important Mexican Christmas traditions:

The official start of the pre-Christmas season is the 16. December. On this date, the first Posada instead (Posada means hostel). The search for shelter of Mary and Joseph is reenacted here. Two people dressed up as Joseph and Mary go from door to door asking to be let in. A group of people accompany them with candles and traditional Christmas carols (villancicos). 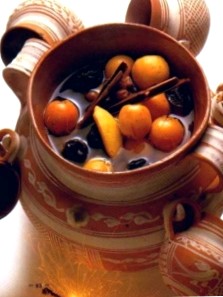 Only at the previously defined destination are Mary and Joseph (including the rest of the procession) granted entry. There the Posada to a Fiesta Mexicana with dance, music and Mexican food and drinks typical of the Christmas season, including for example bunuelos, tamales, ponche and chocolate caliente.

From the starting signal of the 16. In Mexican towns, villages, and families, there are daily celebrations of Posadas instead of. Each time they end in a different house. 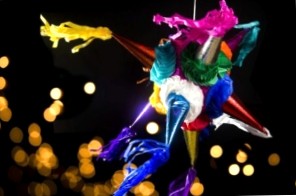 The Pinatas in Mexico is not only used on children’s birthdays but also at Christmas, often they are a part of the Posadas or the Christmas party on Christmas Eve. Cardboard figures wrapped in crepe paper are filled with candy and toys, and sometimes even fruit. The traditional form of Pinata is that of a 7-cornered star. The children will try in turn Pinata to be smashed with a stick while blindfolded, so that the contents fall out. From then on, the principle of "the strongest wins": all children try to collect as many sweets as possible. 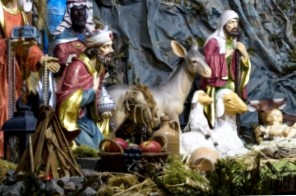 As Nacimientos is the name given to the nativity scenes in Mexico. They are clearly more important in Mexico than the Christmas tree, which only became part of the Mexican Christmas tradition through European influences. Start of the construction of the Christmas cribs is also the 16th. December.

The most important figures that do not appear in any Nacimiento missing are Mary and Joseph, some stable animals and shepherds, as well as angels guarding the manger. The baby Jesus is not born until 24. December added to symbolize its birth. The Magi, who are also an obligatory part of the Nacimientos are, join only on the 5. January to the assembly. To make the work of setting up worthwhile, the Christmas cribs usually stay on until 2. February exist.

At the Pastorelas these are plays representing the shepherds’ journey to Bethlehem and are typical of the Christmas season in Mexico. 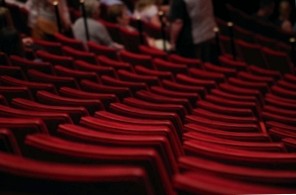 The core of the plot is that the shepherds have to overcome the obstacles that the devil puts in their way. In the end, with the help of the angels, the shepherds are able to give their gifts to the newborn baby Jesus.

The most popular Pastorelas are performed in the city of Tepotzotlan in the Estado de Mexico. 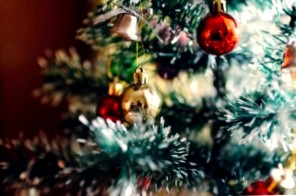 Similar to many European cultures, Christmas Eve is celebrated in Spain (Nochebuena) Typically celebrated with the (extended) family in Mexico. This includes the cozy get-together around the Christmas tree, which, by the way, is rarely a real tree.

The family Christmas dinner usually takes place very late. Turkey is considered a typical Christmas dish in Mexico, however many families have their own traditions regarding the festive dish. Gifts are usually unwrapped after midnight.

Also on 25. December, family dinners take place, although this is often a big leftover meal: Everything that wasn’t finished the day before is put back on the table on Christmas Day.

6. January: The day of the Three Kings

With the 25. December, Christmas is not yet over in Mexico. Similarly, in Spain, the day of the Magi takes place on the 6th day of the month. January plays a much bigger role here than in other western cultures. 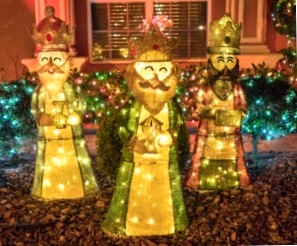 What is particularly pleasing for most children: barely 2 weeks after the 24. December there are already again gifts! According to the original tradition before the invention of Santa Claus, it is the Magi who give presents to the children on the morning of the 6th. January bring their gifts. Accordingly, the children’s wish lists are usually dedicated to the kings.

Obligatory part of the 6. January, in addition to the presents Rosca de Reyes, a pastry decorated with glazed fruits. Hidden inside is a small figurine representing the Christ Child. Whoever finds this in his play must be 40 days after Christmas, on 2. February, the celebration of the DIa de la CandelarIa (Feast of the Candlemas) and invite all the guests to Tamales invite.

The Christmas tradition in Mexico is one of many aspects that show how multifaceted and detail-oriented the Mexican culture is. Whether they spend Christmas in Mexico, in Germany or in another culture: We at WMP Mexico Advisors wish you Feliz Navidad and a happy new year! If you want to learn more about traditional Mexican festivities, take a look at our post on the DIa de Muertos (Day of the Dead) or learn about 10 amazing facts about Mexico.