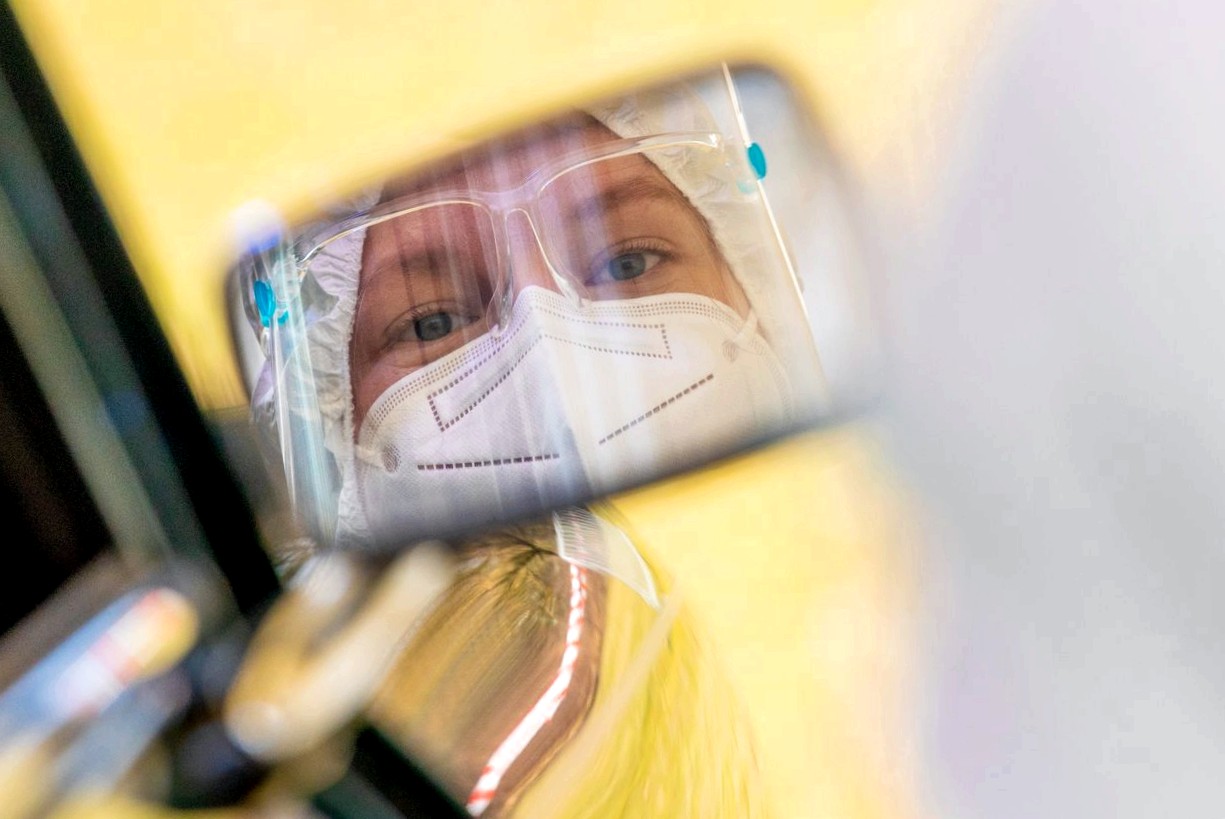 A surprisingly simple method is said to help stop Sars-CoV-2 and – if someone does get infected – at least prevent a serious infection: Gargling with an antiseptic solution. After all, the coronavirus is located in the throat, among other places, and is thus possibly vulnerable there. Even the German Society for Hospital Hygiene says: "Mouth rinsing and gargling is in – infecting others is out." However, the study situation is partly contradictory.

That gargling with water, salt water, tea or antiseptic solutions protects against infections, including covid-19, is immediately obvious to many people. In East Asia, especially Japan, it is also a common hygiene practice during the cold season because of this presumed protective effect. For this reason, many studies in which experts have systematically investigated the effectiveness of this measure have come from Japan. However, the results are inconclusive. For example, after a study of 23 people with chronic respiratory disease, it was said that thanks to gargling with povidone iodine – the mouthwash version of classic iodine tincture – respiratory infections were half as common as they otherwise would have been.

Three years later, another Japanese group studied the effect of gargling on nearly 400 volunteers. The result: gargling with water significantly reduced the rate of infections, but povidone-iodine did not. In 2006, after a study of 124 residents in a nursing home, a team found that regular gargling with water was ineffective, in contrast to gargling with green tea extract, which reduced the incidence of colds by four-fifths.

The sometimes contradictory results can presumably be attributed to the fact that few people participated in the studies. Random variations in both infections and test and control group composition can have significant effects in small studies.

So far, there is no large enough clinical trial to serve as a gold standard and answer the question about the effectiveness of gargling. Especially not with regard to the new pandemic virus Sars-CoV-2. It is also unclear how long a single application protects against the virus. So how long after gargling substances that kill viruses remain in the mucus of the respiratory tract and intercept the coronavirus there?.

With that said, it’s uncertain how many times a day you should gargle to be safely protected. Twice a day? Hourly? And the infection may take place somewhere else anyway, namely in the nose? Accordingly, many experts are skeptical about the preventive effect of gargling.

However, gargling in the initial phase of the infection could at least reduce the risk of severe courses. The basic idea behind this: Lower virus concentration appears to be associated with milder courses of disease. Conversely, it could make sense to reduce the virus concentration by gargling with antiseptic solutions. Some preliminary studies show at least that the viral load actually decreases as a result.

Antimicrobial agents such as povidone-iodine, octenidine or essential oils dissolved in alcohol are effective against viruses in any case. Some of them are chemically aggressive and inactivate the viruses, others specifically attack the cell membrane of enveloped viruses, which include coronaviruses. In this way, such substances could also destroy the viruses remaining in the throat and intercept newly released viruses after rinsing.

In a corresponding study, PVP iodine reduced the number of Mers-CoV and Sars-CoV coronaviruses by a factor of 10,000; tests with Sars-CoV-2 indicate a comparable effect of the substance. Cetylpyridinium chloride and essential oils also seem to effectively disable the viruses within a short period of time. In contrast, some other substances such as hydrogen peroxide or chlorhexidine had little effect against Sars-CoV-2.

Milder courses due to fewer viruses?

Presumably, such experiments allow conclusions to be drawn about which substances also act against the virus in the throat. It is questionable, however, whether the original conclusion – fewer viruses lead to milder disease – is valid at all or whether the low virus concentration is not rather the result of a mild course of disease. In the latter case, gargling would hardly make a difference to the severity of the disease. Unless the viruses migrate from the throat to the lungs, where they become a problem for the infected person.

With this argument, some researchers advocate throat disinfection because the agents could keep viruses from settling deep in the body. The basis for the assumption is provided by a mechanism known from bacterial pneumonia. Pathogens pass from the throat into the lungs with the air we breathe, especially when we sleep. If you gargle before you go to sleep, you can be safe at night, too. However, the working group does not have concrete evidence for this.

While it is somewhat unclear whether gargling can protect against infection with Sars-CoV-2, or at least the worst consequences, another aspect is clearer. After gargling, there are fewer infectious particles in the mouth and throat, which enter the respiratory air with mucus as infectious droplets and aerosols. This means that the infected person is presumably much less contagious.

Gargling against the spread?

The effect makes sense, and the technique is simple, fast and safe. This is why numerous dentists have long been relying on it. Practice staff often have their patients gargle with antiseptic rinses to protect themselves from germs from the throats of others.

However, there are only a few data for this protective effect for Corona as well. One indication that the effect is not only measurable but even significant is provided, after all, by a 2019 study in which 32 people with colds – one-third of whom had coronavirus – gargled with saline and rinsed their noses. Only one-third of other household members were infected, compared to two-thirds of the control group.

Unfortunately, this study is too small to be taken as evidence. It leaves some significant questions unanswered. For example, how long the effect lasts, i.e. how quickly infected cells release new viruses and to what extent the disinfection residues inactivate them. Because here, too, there is a lack of data. There are currently no studies supporting the effect of gargling against Sars-CoV-2 before dental treatment, a working group balanced in March. Nevertheless, various organizations recommend the method.

There is some evidence that gargling is helpful against Sars-CoV-2 in certain circumstances – however, these are mainly arguments based on analogy and plausibility. Existing studies with a few humans or on lab-grown cell cultures offer little truly meaningful data. And with that, it’s also uncertain if you can protect yourself this way or if you can contain the spread of the virus this way. What is certain, however, is that gargling does no harm.