"The Bachelor": Who would have thought it?? These RTL couples are still together 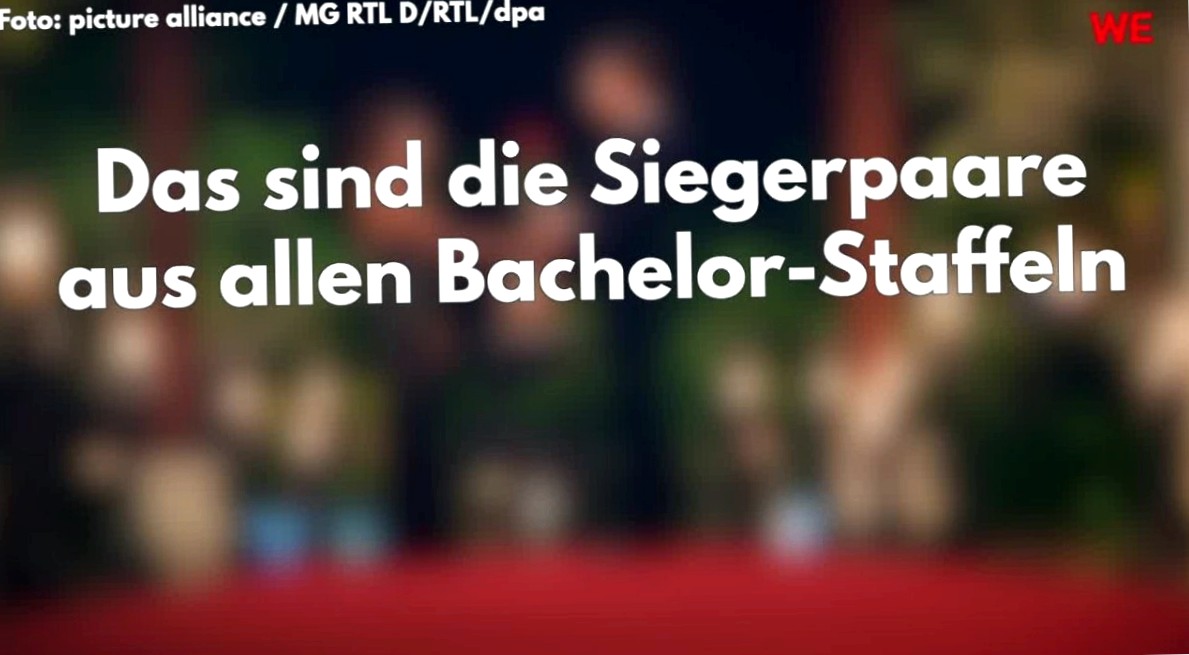 These are the winning couples from all Bachelor seasons

A full eleven "The Bachelor"-Staffeln has RTL broadcast since 2003. However, of all the couples found in the final, none stayed together for long. As the first "Bachelor", who did not award a final rose, Sebastian Preuss in 2020 even went down in TV history.

But RTL viewers should not give up hope in the great love. Because there are quite "Bachelor" couples whose relationships continue to this day.

Love at second sight: Things didn’t spark here until after the "Bachelor" shootings were over

IT project manager Niko Griesert was appointed in 2021 as "The Bachelor" known. He met real estate specialist Michèle de Roos on the RTL couples show. Already in the first episode he remembered: "I think I know you." And indeed: the two were already matching on the dating app "Tinder" before the RTL show, as Michèle revealed in the "Neongrau" podcast in March 2021.

Nevertheless, Michèle did not win the season. Niko chose candidate Michelle Gwozdz in the finale, but they did not become a real couple. Instead, Niko got together with Michèle shortly after the shooting. The couple now lives in a shared apartment in Cologne.

This is "The Bachelor":

Things went similarly for Jessica Paszka, the "Bachelorette" from 2017, and her runner-up Johannes Haller. The automotive salesman and the office clerk met three years before they got together on the RTL show. In the finale Johannes lost to drummer David Friedrich, but after only two months Jessica broke up with the musician again. In 2020, Johannes and Jessica gave their love a second chance – and it paid off.

Since the 5. May 2021 the two are parents of a daughter named Hailey-Su. On 17. December 2021 followed their dream wedding, which took place in the Tyrolean Zillertal (Austria).

"Bachelor"-Stars in family bliss: These couples lead a picture-perfect life

Angelina Heger, who took part in "The Bachelor" in 2014, and Sebastian Pannek, the 2017 rose cavalier, found each other behind the RTL scenes. The influencer and the model have been a couple since summer 2019, after Sebastian reacted to a revealing Instagram photo of Angelina. Near Dortmund, the two finally said yes to each other in April 2020. Their love was crowned two months later by the birth of their son together, as the couple announced on 16. June announced.

The 2018 "Bachelor" contestant Jessica Neufeld and "Bachelorette" contestant Nik Schroder, who became famous on the RTL show in 2017, also met on Instagram. "Nik had written to me in January after seeing me on ‘The Bachelor’. But that was not a hit on. He just told me that he liked my style," Jessica revealed in the "Bild" interview. On 2. September 2021 her baby was born. Daughter Hailey Emilia was born two years after the dream wedding at Castle Hunnefeld in Osnabruck.

More on "The Bachelor":

"Bachelor in Paradise" be thanks! These couples are working on a future together

Those who don’t find happiness on "The Bachelor," "The Bachelorette" or behind the scenes can look forward to "Bachelor in Paradise". In the spin-off of the dome format, former participants of the "Bachelor" universe get closer to each other in a villa. In addition to hot flirtations, they have even developed serious relationships in the past.

In season 3, Serkan Yavuz, "Bachelorette" contestant from 2020, and "Bachelor" contestant Samira Klampfl, who became known in 2019, met and fell in love in 2021. Already after the finale, the couple dropped the baby bombshell: Samira had become pregnant unplanned. Afterwards, Serkan and his child mother moved into a townhouse in Regensburg.