Self-driving electric cars that change shape at the touch of a button, repaint the body on demand and adapt the passenger compartment to individual needs – the car of the future could look like this or something similar. 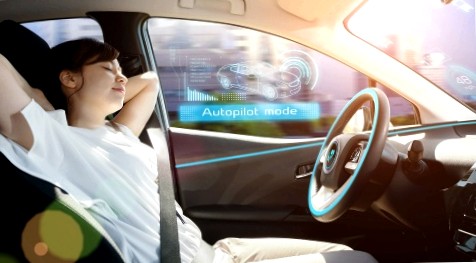 One moment, please. I just grab my NFC coat from the mobile robot wardrobe here at the cybersecurity center where I work, and off we go. You wonder how I want to drive on the one hand and give you my undivided attention on the other hand? Well, that’s quite simple. I am no longer steering myself. I let steer. In 2030, around four million cars will have already reached Level 5 and will therefore be driving fully autonomously. Maybe you have already heard about it. No? Well, come on out and I’ll show you.

You will probably be familiar with Level 3. At this level, as a driver, I can withdraw from the traffic and read, for example. Meanwhile, the car will take over longitudinal and lateral guidance on its own. I no longer have to concentrate fully on driving, but I still have to be able to take over the driving task completely again within a certain advance warning period, for example in construction site situations. At level 5, this is no longer necessary. Here, the car adapts autonomously to road types, environmental conditions and speeds. For us humans, this has a lot of advantages that I personally wouldn’t want to be without. But more about that in a moment. First I have to request the autonomous driving car. For this, all I have to do is swipe over the corresponding 3D app on my Holo wristband.

Lidar sensors measure the distance to objects and thus work in a similar way to airplane radar. But instead of high-frequency radio waves, Lidar emits weak laser light. Don’t worry: it’s completely harmless to our eyes. The light scans the area around the vehicle. In combination with cameras and radar, the system collects data on the basis of which the smart computer decides whether the car needs to swerve, brake or accelerate. It is also important that two out of three types of sensors work well in as many situations as possible. 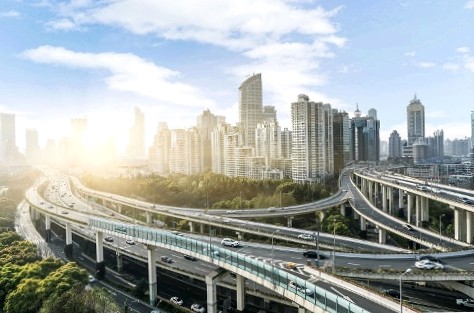 And there it is. Please get in. And don’t worry, we’ll keep to our schedule for today. You should know that in 2030 traffic jams are forbidden by law. I was not surprised by this decision, because according to a United Nations forecast, two out of three people on earth will live in cities by 2050. Imagine if, under the given circumstances, everyone drove their own car and steered it themselves. There would be virtually no progress.

Thus, the government has decided that road users should only be allowed to travel in cars that can communicate and coordinate with each other. If, for example, a car brakes within a convoy, this triggers a signal. The car’s built-in artificial intelligence, Eugene II, relays this to all vehicles within a radius of several kilometers via the 10G cellular network. The result: all cars brake equally. So there is no traffic jam in the first place within a line of cars.

What is Torque Vectoring?

During autonomous driving, torque vectoring control ensures that the car does not sway or tip over. Most people are familiar with the technology in connection with the so-called "moose test" – in technical jargon: vehicle dynamics control (ESP; electronic stability program).

Have you noticed anything else that is now a thing of the past?? Right, traffic signs. Since cars now coordinate with each other, no matter what the situation, and even show full consideration for pedestrians, the government has "cut down" the forest of signs on roadsides. And I must admit, I like the unrestricted view of nature. 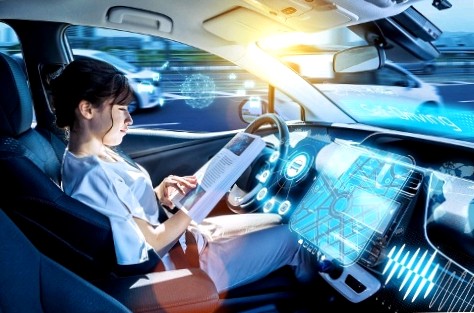 But for now we relax and enjoy the ride. May I offer you something? Maybe a glass of my favorite wine "Cabernet Blanc Finlandia? Now that we humans no longer have to drive ourselves in 2030, it’s perfectly fine to have a sip of wine during the drive. In general, the boundary between private and professional life has almost completely dissolved. So the passenger cabin is increasingly becoming what’s known as a third place – a social refuge between work and home where people can choose to relax or get work done.

It’s no different for me. For my part, I use the car ride mainly to relax. This is what I like to do best with a round of Jupiter Monopoly. For those who don’t know it yet: This 3D game is where I meet friends in breathtaking worlds and have adventures of all kinds. Eugene II projects the necessary images onto a three-dimensional prism that appears in the center of the car and can thus be seen from all sides – ideal if a fellow player is sitting in the car with me. 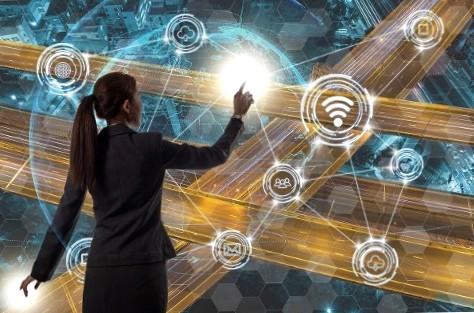 I don’t know about you, but I could do with something to eat by now. There is a nice cafe in front. I inform Eugene II only briefly that we would like to get out here and that the car should look for a parking space on its own. Since I am a regular guest, Eugene II always has a permanent reservation ready for me. So a table is provided.

Remember, at our last encounter free parking spaces transferred their availability to the car. This still exists, but the city administration has recently expanded the parking supply. Public places and buildings now have underground parking spaces right outside the front door. For us, this means we get out, go to the cafe, while the car slides several meters into the depths in front of our eyes. Because of the close proximity, we don’t have to wait for the car to return from the nearest parking lot after dinner, but can get in and continue right outside the front door. It’s extremely convenient – especially if you’re in a hurry or it’s raining, so you don’t want to wait on the side of the road. 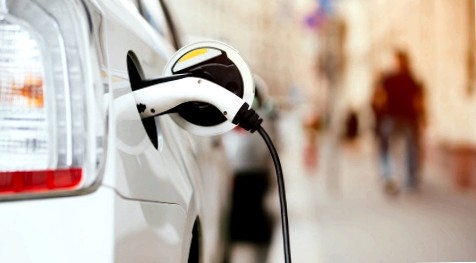 Electromobility in the post-fossil age

Personally, I enjoy not only the freshly prepared food in my favorite cafe, but also the fresh air outside the door. We owe this new quality of life to politics, which has reduced greenhouse gas emissions by 80 percent and thus largely achieved the long-awaited climate goal – in the coming years, we citizens even expect further CO2 savings. The switch to electromobility and the generation of electricity from 100 percent renewable energy sources play a key role in this.

I know, few people drove electric cars in 2018, even though ultra-high-power stations could charge a battery in about 15 minutes. The range of a battery charge at that time: about 200 kilometers. Especially for long-distance drivers this range is not or only conditionally suitable. In addition, the density of available charging stations was still very low, especially in rural areas.

In 2030, many things have improved. Not only do smart lanterns with integrated charging functions now line the roadsides of cities and rural regions at intervals of 20 to 50 meters. There are also now underground induction charging coils at important traffic junctions. For example, if our electric car is waiting at an intersection during a red phase, the induction technology charges the battery of our electric car in a few minutes. If there’s not enough time, the charging process repeats itself at the next induction coil. Thus, the battery of an electric car always has enough power. Contactless payment is made using an integrated chip that is linked to your 1.024-bit encrypted bitcoin wallet is connected. As you can see, everything is simple, safe and convenient.