Bacteria and viruses can make ill- They do not have much more in common. We explain the difference between pathogens from size to how to combat them with medication

Bacteria (left), in contrast to viruses (right), can reproduce themselves. A virus needs a host to reproduce 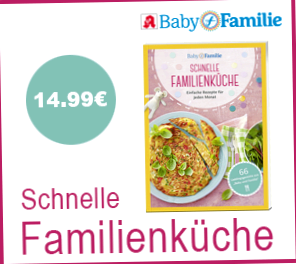 From everyday life, we all know them: bacteria and viruses. We know they are invisible to the human eye, are found almost everywhere, and can make us sick. They come in a wide variety of types and many of them existed at times when there were no larger living things on earth. But what distinguishes a virus from a bacterium?

The size: bacteria are much bigger than viruses

Bacteria and viruses are most easily distinguished by their size. "Bacteria are up to a hundred times larger than viruses", explains Dr. med. Clemens Fahrig, Chief Physician and Medical Director of the Department of Internal Medicine at the Evangelical Hospital Hubertus in Berlin, Germany. Most bacteria are about 0.6 to 1.0 micrometers (µm) in diameter. They can still be seen with a normal light microscope. The much smaller viruses, on the other hand, can only be seen under an electron microscope.

The blueprint: Viruses have a simpler structure

"The essential difference is the blueprint", says Fahrig. Viruses and bacteria also differ in their "anatomy". "Bacteria, for example, have a proper cell wall as well as an internal structure", explains the specialist for internal medicine. Inside the wall lies the cytoplasm, ribosomes and the genetic thread of the bacterium.

The cytoplasm is the basic structure of the cell, in which metabolic processes take place. The ribosomes help in protein synthesis and in the reproduction of the bacterium. In addition, many bacteria carry one or more flagella, which are used for locomotion. Some species have so-called pili, which help them attach to other bacteria, surfaces or cells.

Viruses have a simpler structure. They consist mostly only of their genetic material, which is enclosed in a shell of proteins, the capsid. Some viruses also have a viral envelope consisting of a lipid bilayer.

Bacterial cells, like human cells, usually reproduce by cell division. Before a bacterial cell can divide, it copies its genetic material. Then the bacterium laces itself through the middle. One mother cell becomes two daughter cells, which in turn can divide themselves.

Viruses cannot reproduce on their own. Since they have no cytoplasm and no ribosomes, they can neither copy their own genetic material nor produce their own envelope. Viruses therefore infect foreign cells, the so-called host cells, into which they introduce their own genetic information. The genetic information of the virus is "programmed" the genetic material of the host cell, so that it produces many more viruses. The new viruses leave the host cell either by exocytosis, which is the name given to the process of ejection from the cell, by budding, or by lysing. During budding, viruses are strangulated with parts of the cell; during lysis, the membrane of the host cell is dissolved.

Bacteria belong to living organisms, viruses do not

Also the way of life and thus the metabolism of bacteria is very differently developed. There are bacteria that need oxygen for their metabolism and those for which oxygen is poison. Some bacteria need light to exist, others need certain chemicals, such as sulfur.

Viruses do not have their own metabolism. Therefore, in contrast to bacteria, they are not counted as living organisms, but at best as borderline forms.