Easter Island is one of the most isolated islands on earth. The first settlers called the island "Te Pito O Te Henua" (Navel of the World).

Officially a territory of Chile, it lies far out in the South Pacific, about halay to Tahiti.

It is famous for its enigmatic giant stone statues built centuries ago, reflecting the story of the dramatic rise and fall of Polynesia’s most isolated culture.

Today, Rapa Nui National Park is on UNESCO’s World Heritage List. Its inhabitants are heavily dependent on tourist and economic links with Chile and daily flights to Santiago.

Like many indigenous peoples, the Rapa Nui are looking for a connection to their past and ways to integrate their culture into today’s political, economic and social realities. 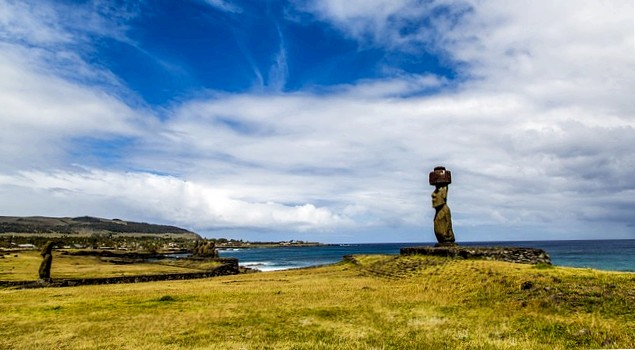 How to get to Easter Island 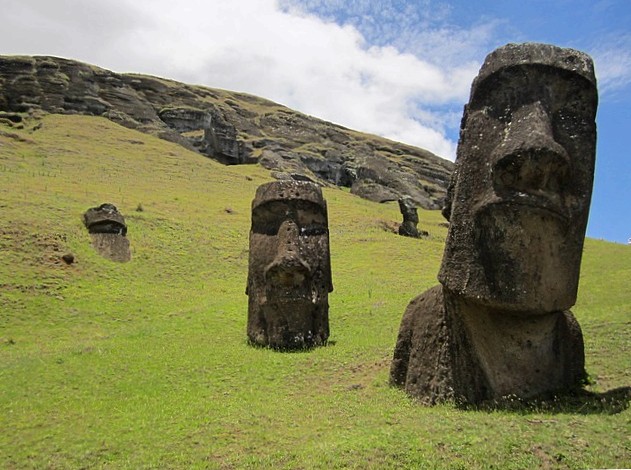 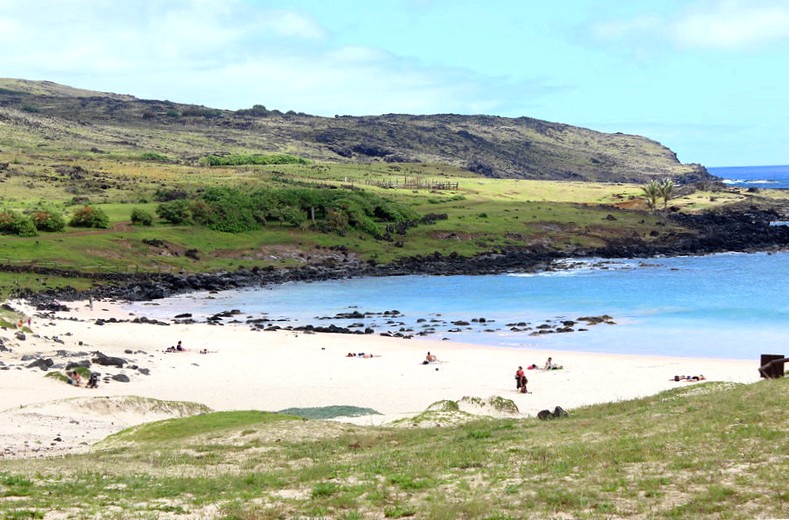 Where is Easter Island

To which country does Easter Island belong?

Easter Island is part of Chile, so you will not be asked for a passport when you arrive on your trip to Chile from Santiago.

How to get to Easter Island

Due to its extreme geographic isolation, many people believe that Easter Island is difficult to reach, but it is accessible with regular commercial air service from Santiago, Chile.

As part of Chile, it is easily reached by domestic flight from Santiago, and there is no need to present a passport when arriving from mainland Chile.

The only regular flights are daily via LAN Airlines to Santiago de Chile and once a week to Tahiti. Since there is no competition in terms of fares, a long, dark flight, fares range from $400 to 1.200 $ for round trip flight.

Easter Island is also "conveniently located" for a trip around the world and offers an interesting stopover on the way between Polynesia and South America.

LAN flights to and from Santiago de Chile on direct flights, usually daily, and with additional flights during the high season (z.B. End of January or beginning of February for the Tapati Festival).

There are also fewer flights available in June. LAN is currently operating its newest Boeing 787 on the island, an aircraft with sufficient range to fly to and from the island without refueling.

The runway at Mataveri Airport is huge, even if the terminal is not, and contains all the modern security requirements for an airport, including Chilean PDI (Federal Police) personnel.

In Hanga Roa, LAN airlines have a public office that can usually take care of any travel needs you may have outside of mainland Chile.

What to see on Easter Island

Easter Island’s main tourist attractions are the Moai, which are located on ceremonial platforms called Ahu.

Remember that the moai and their platforms are protected by law and should not be approached under any circumstances. Do not walk on the Ahu.

It would be an extremely disrespectful gesture, and in the event that you damage the sites, even accidentally, the punishment is severe. In 2008, a Finnish tourist who broke his ear with a moai was fined 17.Fined $000 and banned for three years.

Ahus are found mainly along the coast of the island.

Two exceptional sites are the volcanic craters of Rano Kau and Rano Raraku.

The slightly inland quarry of "Rano Raraku" is where most of the moais were created on a hillside.

This 300 foot high volcanic remnant provided the stones for the large figures and is the place to see the various stages of carving as well as partially finished figures scattered throughout the site. .

Easter Island has two white sand beaches. Anakena, on the north side of the island, is a great place to surf with a little swell from the north.

Be careful when walking under the trees as coconuts can fall down. Anakena is believed to be the place where colonizing tribes first arrived on Easter Island and is considered the birthplace of Easter Island society.

The second beach is a hidden gem called Ovahe, east of Anakena. This beautiful and secluded beach is surrounded by impressive cliffs.

Caution: the road down to the beach is somewhat treacherous and unstable and best accessed on foot; however, off-road driving is illegal on most of the island.

Today, DNA tests have conclusively shown that the Polynesians came from the west, not the east, and that the inhabitants of Easter Island are descendants of intrepid travelers who left Taiwan thousands of years ago. Legend has it that people went to Easter Island because their own island was slowly being swallowed up by the sea.

The first islanders found a land with an undeniable paradise. Archaeological evidence shows that the island was covered with trees of various species, including the world’s largest palm, whose bark and wood provided the locals with cloth, rope, and canoes.

The climate in the Easter Islands

The climate on Easter Island is very pleasant all year round. it is a subtropical climate with warm temperatures and high humidity. The average annual temperature is 20.5 ºC with little variation between seasons, usually not exceeding 7 ºC.

The summer goes from 21. December until 21. March, with January and February being the hottest months with average maximum temperatures of 28ºC and minimum temperatures of 15ºC, although thermal sensation can be much higher as the island’s humidity index fluctuates around 80%.