Scientists analyze the gift bearer and his way of life 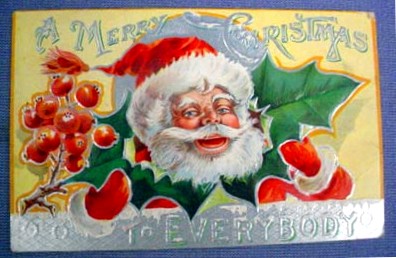 An unhealthy lifestyle, poor working conditions and then the stress of having to deliver 152 million Christmas presents within 24 hours: Swedish researchers have now explained why these extremes alone would make Santa’s existence pretty unlikely.

He’s pretty well fed, has a reddish face, a white beard, lives at the North Pole and rides around in a reindeer sleigh to hand out Christmas presents – that’s the common image of Santa Claus. But what is behind it? Scientists at the University of Gothenburg have now taken a closer look at Santa’s lifestyle and state of health. Because many things here are not what they seem.

Lapland instead of the North Pole

The first contradiction has been tracked down by Henrik Aronsson, a researcher in plant and environmental sciences: Santa Claus cannot live at the North Pole because there are no pastures for his reindeer there. It must be based in Lapland instead. There would be plenty of fresh water, reindeer lichen and moss and of course reindeer herds for him to eat.

The second point is the worrying state of health of the gift bearer: apparently stress, too little sleep and irregular meals not only lead to obesity and an unhealthy red complexion. He probably also suffers from high blood lipids and hypertension, putting him at increased risk for heart attack and stroke.

"Mr. Santa Claus eats too much sugar and fat," explains nutritionist Mette Axelsen. The common custom in many countries of inviting Santa Claus for a glass of high-proof liquor or giving him high-calorie sweets along the way doesn’t do much to promote his health, she adds.

"I’m sure he would benefit from treatment for both diabetes and high blood pressure," says Annika Rosengren, professor of cardiovascular medicine. "And cholesterol-lowering drugs probably wouldn’t hurt either. And if that weren’t enough, new research also shows that his corpulence is a risk factor for dementia."

But scientists have also taken a close look at his messenger duties. Mathematician Stefan Lemurell has calculated the number of visits: There are two billion children on Earth, but because Santa Claus doesn’t visit Muslims, Hindus, Jews or Buddhists, that leaves "only" around 380 million. Assuming that the average family has 2.5 children, the researcher estimates that Santa Claus will have to make around 152 million home visits on Christmas Eve.

"That equates to 900 visits per second if we assume Santa strategically plans his route and travels westward to extend the 24-hour period," Lemurell said. Because westward it profits from the time zones and follows quasi the sun on its way.

But 900 visits per second? How to do it? That’s what physicist Maria Sundin wondered too. Their calculation assumes that the houses are on average 100 meters apart and Santa Claus naturally needs time to park his sleigh properly, climb up the chimney, distribute the presents and then have the obligatory schnapps or rice pudding. To still make all the visits, his sled would have to fly about 90 kilometers per second – that’s 265 times the speed of sound.

"To achieve that, the acceleration at launch would have to create a pressure 14 million times Earth’s gravity," Sundin explains. Fighter pilots usually pass out at 7g. "As a physicist, I would be quite interested to know how Santa manages this feat. This could lead to significant breakthroughs in the field of space flight."

And there is another complicating factor: Santa doesn’t exactly travel light: assuming that each child gets a Christmas gift weighing about a kilo, the entire mountain of presents would 380.Weigh 000 tons. "A reindeer can pull up to 200 kilos, which means Santa Claus needs 1.9 million reindeer to pull his sleigh," explains Stefan Nilsson, professor of zoology. "On top of that, he needs a few extra for takeoff and landing."

Stupidly, the scale of the sleigh and gifts combined with the weight would generate so much energy during the trip that the health of Santa and his animals would be in serious jeopardy. "The estimated speed of his journey would cause him and his reindeer to explode and burn completely within milliseconds of takeoff," said physicist Sundin.

The conclusion of the scientists: if you go by the hard facts, Santa Claus is an impossibility. But who says Christmas has anything to do with science…?