The European Union should "stop subsidizing the erosion of democracy within the EU," Kenneth Roth, executive director of Human Rights Watch, urged in an interview with EURACTIV. Negotiations on the next seven-year budget will not only be about money, but also about fundamental rights, he argued.

"The EU has always worked to enforce human rights criteria for admission – the Copenhagen criteria – and they have served a useful purpose in bringing EU candidates to a certain level of compliance with the rule of law, democracy and human rights," Roth says.

"What the European Union does badly is enforce the same criteria: The leading examples of this these days are Hungary and Poland," the NGO leader added.

With respect to Poland, Roth argued that there has been "significant pushback" from the EU through the use of Article 7 and other court cases. Hungary’s case, however, which targets civil society and the opposition, is "more complicated". 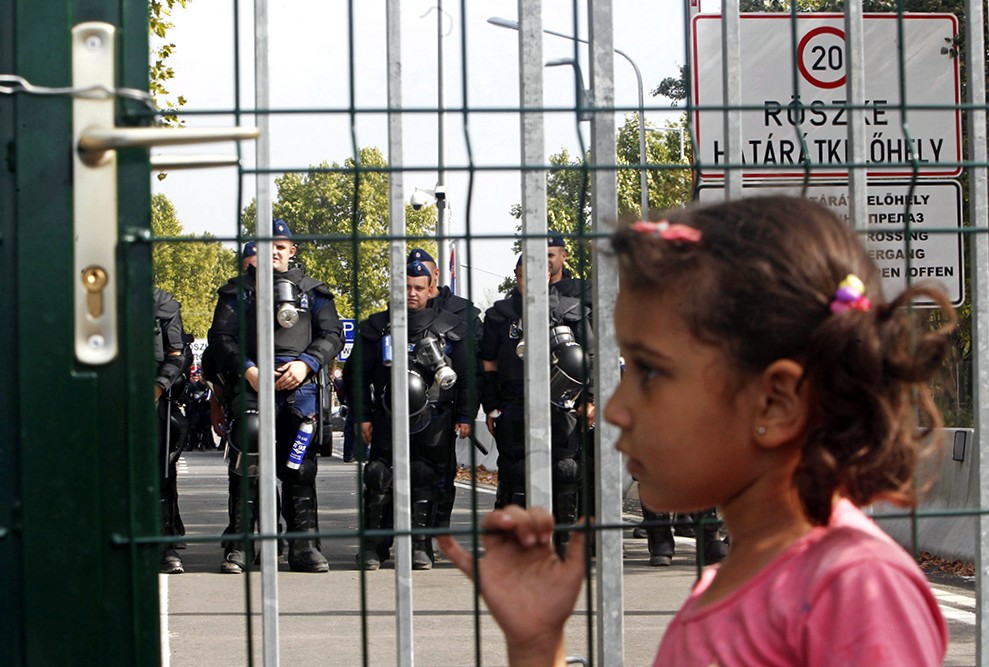 Hungarian President Viktor Orban "is one of the main recipients of EU funds," and while there have been some steps [in the right direction], including the suspension of his Fidesz party from the European People’s Party, "the big issue is really the next seven-year budget," Roth argued.

On 20. February, member states will meet for a special summit to reach an agreement on the EU budget, which requires unanimity. "This is the leverage Orban cares about," he added.

"I think [Angela] Merkel is determined not to continue subsidizing a Trojan horse within the EU," Roth noted.

"If Orban gets away with another seven years of massive European subsidies, this will pose an extraordinarily dangerous threat to democracy within the EU," Roth warned, "it will be entirely a question of political will".

Today u.a. Also in: Germany and France criticize Italy over the arrest of Sea Watch captain Rackete, and the SPD looks for a new party leader.

"The far-right has gained support by demonizing certain unpopular minorities, especially migrants and Muslims," Roth said. "My concern is that certain governments will try to fight the far-right, not by enforcing their anti-right principles, but by imitating them."

"I hope that centrist parties will think hard about how best to tackle the far right. [They should] reaffirm the principles on which the EU is based, instead of just trying to take advantage of the far-right by adopting their policies and hoping that voters won’t know the difference," he stressed.

When it comes to migration, "there has been no clear rejection" of former Italian Interior Minister Matteo Salvini’s approach, which "has essentially used the risk of drowning at sea as a means to deter migration".

Roth pleaded for "the coalition of the willing" to fight migration flows. It should be acknowledged that the number of migrants is manageable, "and instead of giving Salvini the victory by giving a two-week pause every time a boat arrives on the Italian coast, we should simply take it as a matter of course to distribute these migrants. No one will notice the difference".

The HRW executive director also advocated for the introduction of safe passages "that would make it easier for asylum seekers to apply without risking their lives crossing the Mediterranean". 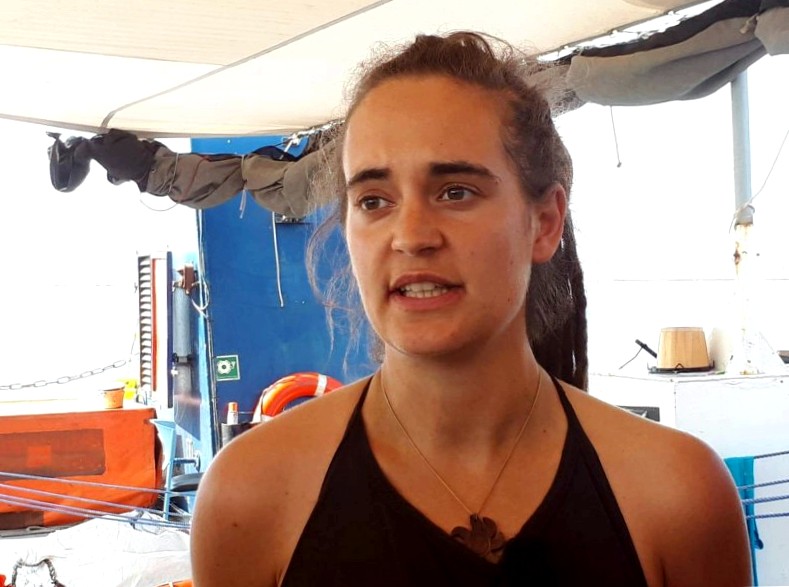 European Commission President Ursula von der Leyen promised a "geopolitical" executive only a few months ago. But if the EU wants to be relevant in foreign policy, it should abolish the unanimity rule, Roth said.

"If you look at an EU declaration that has made it through all 27 governments, it will tend to be a watered-down version; it simply loses its effectiveness," he said.

In recent years, trade has been used as a tool to promote human, social and labor rights and environmental standards in third countries.

Roth says EU should focus on "shutting down" supply chain when human rights are not respected so as "not to be complicit in human rights abuses". In addition, the EU should ensure that the terms of the treaties it has concluded are respected. 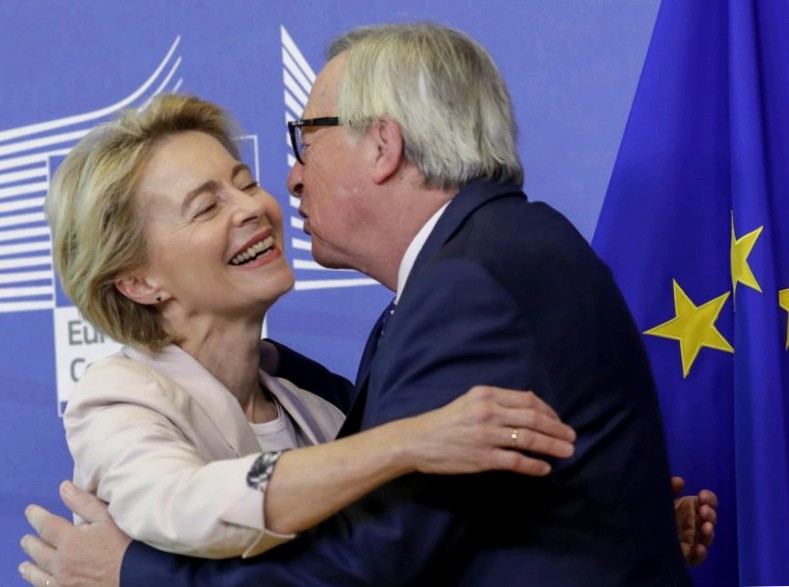 She has tried to fast-track her political profile: Climate protection, expanding the Schengen area, reconciling and Eastern and Western Europe – these would be the priorities of a von der Leyen commission.

"If there are already human rights or environmental standards built into the draft trade agreement, the agreement should not go forward if those conditions are violated from the start," he said in reference to the trade deal with the Latin American Mercosur bloc.

Enlargement policy is also a long-term instrument for upholding human rights. The recent reluctance of some countries to move forward with EU enlargement could have consequences, Roth warned.

"We are not taking a position on whether a particular country should be there or not," Roth explained. "We are [however] not pushing for early accession in the hope that [a country] will improve along the way [to the EU]," he added.

Leaders failed to agree on opening accession talks with Albania and northern Macedonia. France continues to lead front of opponents to accession negotiations.

This has been the case with Romania and Bulgaria, which have had only "mixed success," he added. However, "it is important to keep the door open so that the Copenhagen criteria remain an incentive to respect [human rights]," Roth stressed.

"If you close the door completely, you undermine that incentive," the HRW executive director said, pointing to Turkey as an example.

"When [Angela] Merkel and [Nicolas] Sarkozy basically closed the door on Turkey’s possible accession, Erdogan lost his incentive, and that was the beginning of his seriously authoritarian rule," he explained. 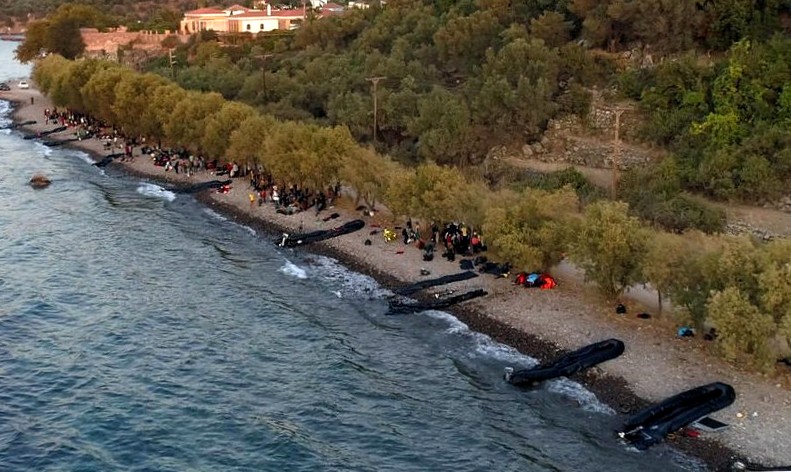 The EU and Turkey joined forces to prevent people from fleeing across the sea to Greece. The poorly implemented deal is causing overcrowded camps and deaths in Greece. An analysis from EURACTIV’s media partner Deutsche Welle.