In Heidelberg yesterday, a man broke into a university lecture hall and killed one person and injured three; he then allegedly committed suicide. As always with such events – whether a rampage or a terrorist attack – private news channels were immediately live on the air that day as well. And this time, ZDF also got in on the act, hastily broadcasting a "heute live". It was more or less private speculation television. 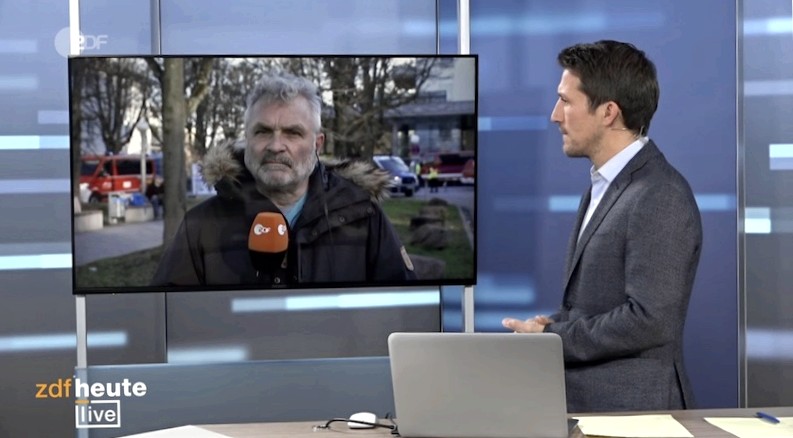 Nothing is known for sure. Screenshot: ZDF

The broadcast began with a switch to a reporter in Heidelberg, who interviewed a police spokesman. The perpetrator could not give any or only brief answers to most of the questions, because the crime had just happened: Info about the "background" of the perpetrator? Completely unclear. Were there several perpetrators? Ruled out. What was that about the emergency call? Can not yet give any information. Did they quickly find the perpetrator? Yes.

"Does one already know what exactly has happened? The man entered the lecture hall and immediately took aim or fired wildly?"

Whereupon, you guessed it, the police spokesman said:

"About the exact course of the crime, we can not currently give any information."

That’s what you can tell from Heidelberg at the moment, the reporter said after the short interview, and actually the show would have ended here, after three and a half minutes.

But at ZDF they still had Bock.

"We could, of course, go on a bit more now…" the moderator said to the reporter. But he did not mean could, Subjunctive, but: We Will now continue here. Why, only the program director knows.

We could, for example, "ask each other again", said the presenter, how the perpetrator had gotten hold of several guns at once, and whether there were already "any", yes: "conjectures".

"Several guns seems to run into the area of the rumor mill," the reporter explained. A Gun, yes, but from where: unclear. More can not be said now. "Well," said the presenter. He sounded disappointed and, "I just might be able to recite that here," then recited reading what is under "long gun" in Wikipedia. Conclusion: "In good German: It is a rifle". But there was nothing more to say about that, so the moderator asked where in Heidelberg it was again. Answer: at the university.

Then he read out a question from a spectator about how many were injured. Four obviously. How badly hurt? Uncertain. The police do not say that, said the reporter, to inform relatives of the victims first, but not through media. So the moderator read once more a tweet of the police and drilled further:

"Is there something like, yes, I don’t know, well, is there an oppressive silence to be felt now??"

Reporter: Is everything cordoned off, police everywhere. Surprisingly. "Here on the grounds, of course, if you like… there’s a lot of activity from camera teams, from photographers." But, the reporter explained again, there is just no further info at the moment. This show had so many natural endings, but it just didn’t end.

Because the moderator really wanted to have some more emotional pictures, at least as a narrative:

"On the other hand, you haven’t seen any students or female students sitting there now, crying, or kind of, uh, struggling for composure, uh, or maybe kind of… so, that’s… I’m just trying to get a little bit of the atmosphere on the ground right now."

An attempt, yes. A helpless.

The people the reporter had seen, "they’re rushing past this media lineup here, they don’t really want to give any information either". Well. Possibly they just did everything right. They didn’t go where they would have been asked stupid questions, but to chaplains, right behind the reporter.

The broadcast lasted a total of twelve minutes. Towards the end, the moderator seemed as if he would like to be somewhere now, at home for example, but not in this studio, where he had to make senseless stretches and ask questions about something to which there were hardly any answers at that time.

It was a largely unnecessary broadcast, and she would not have been surprised if it had been on some private news station.

The eyewitness who saw nothing

At "Welt", for example, shortly after the crime, they had connected a female doctor, who was announced as an "eyewitness", but which she immediately corrected. After all, she hadn’t seen anything or heard a gunshot. They were not even near the scene of the crime. She explained this quite sovereignly. Nevertheless, the "Welt" presenter tried for minutes to squeeze something out of her.

Afterwards "Welt" switched to their reporter after, wait, oh yes: Frankfurt am Main. To ask how the situation is in Heidelberg.

As I said: This is quasi normal. This hurry to report something quickly, to speculate, is part of the DNA of these stations; how often has this happened?. They simply do not learn. If you’ve seen something like that more than once, you might get a little jaded. But that does not make it less annoying and unnecessary.

The fact that ZDF now also thinks that it is part of its information mandate to report on an act like the one in Heidelberg in such an information-free and sensationalist way is new. And because it is the public ZDF, a brand like "heute", it is doubly annoying and unnecessary. 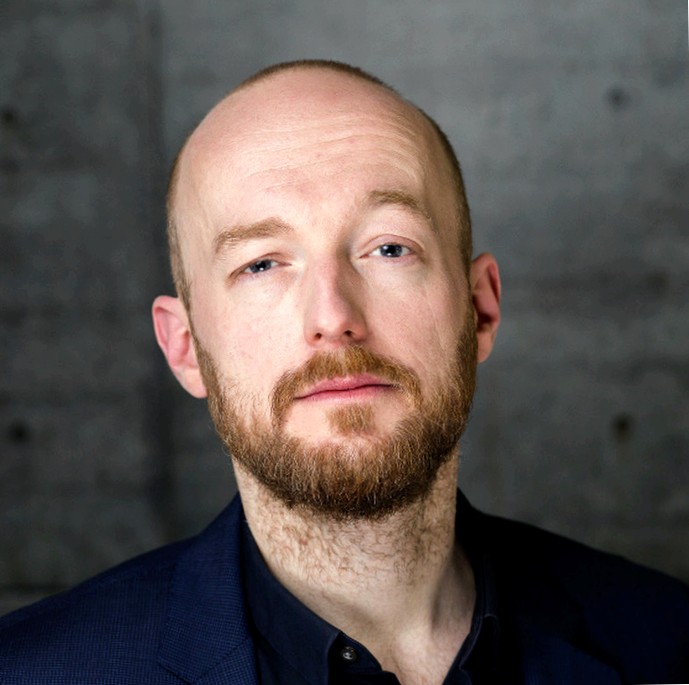 Boris Rosenkranz Is founder of ubermedien. Earlier: studies in Bochum, "taz" editor, traineeship at NDR. Freelance writer for more than ten years, for "Zapp" and "Extra 3" among others.

"Like a PR coup": study on allegedly increased number of suicide attempts among children leaves many questions unanswered

Whatever happened to Turkey and #freethemall?

I remember being happy about how both editorial teams, ARD-Tagesschau and ZDF-Heute, reported factually and profoundly, but not hectoringly, during the terrorist attacks in Paris in 2015, in contrast to the blue-light continuous loops and speculative bubbles next door at n-tv and, even more extreme, N24.

In the case of the fire of the Notre Dame cathedral in 2019, ARD&ZDF also did a very good job and reported what there was to report, and did not roll this out forever with speculation or pushed it into repetitive continuous loops. I didn’t understand the criticism that this form of highly publicized political reporting drew at the time because of it.

Yesterday I didn’t watch any news during the day, but this clip from ZDF tops how RTL reported about the Winnenden killing spree in 2009. Only: at the time, RTL itself distanced itself from its type of reporting and excused the reporter by saying that she was still in training.

The way in which the presenter in the studio is making wild fantasies about screaming students made me think of this satire from the Onion (satirical magazine from the USA). (The Onion has for a while on his YouTube channel professionally made parodies, sometimes very black humor fantasies of the U.S. news landscape, which includes this video).

I hope that the ZDF editors-in-chief, along with the Heute editorial team, will study this program as a negative example of how they should please never make a "news program" again.

What still disturbed me in the media about the case was that verbatim quotes from the perpetrator’s letter/manifesto were published afterwards. Why only give it a stage?

I would like to nominate the headline already for the award!

Completely subterranean – with such examples one asks oneself rightly, how badly the oRR became in the meantime and why there is obviously no instance, which carries out a quality assurance of the reporting or pushes a "latch" beforehand. I noticed something else, though: In the 20 o’clock Tagesschau was reported on the attack very far behind, only after again – which was already running on many channels before – on the outing in the Catholic Church was reported incl. Advertising for the later report on this. This made me wonder even more why the disguised program reference is preferable to actuality.