From 1814 to 1818 ARTUR SCHOPENHAUER worked on his main work "The World as Will and Imagination".

SCHOPENHAUER, who saw himself as a radical advocate of IMMANUEL KANT’s criticism, deals with a single thought in his main work: "The world is my imagination".

In the second half of the 19. SCHOPENHAUER’s impact, which began at the beginning of the twentieth century, is many-sided and far-reaching. Of the later philosophical currents, FRIEDRICH NIETZSCHE and the philosophy of life are especially influenced by SCHOPENHAUER. From EDUARD VON HARTMANN’s "Philosophy of the Unconscious" to SIEGMUND FREUD’s doctrine of the unconscious drives, there is a wide reception in psychology.

Especially among artists the ideas of SCHOPENHAUER’s philosophy have a formative effect (in music with RICHARD WAGNER; in literature with THOMAS MANN). 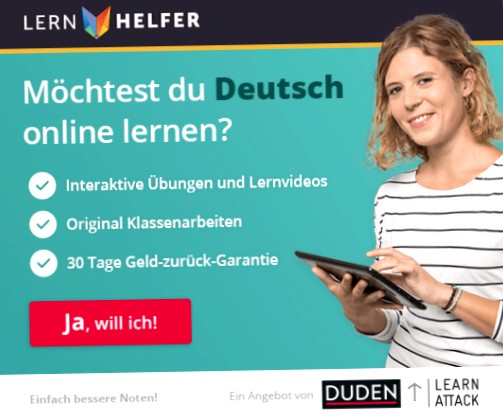 " The world is my imagination’ – this is the truth which applies to every living and cognizing being; although man alone can bring it into reflected abstract consciousness: and if he really does so, philosophical prudence has come upon him. It then becomes clear and certain to him that he knows no sun and no earth; but always only an eye that sees a sun, a hand that feels an earth; that the world that surrounds him is only there as an idea, d.h. always only in relation to another, the imagining, which he himself is."
(Schopenhauer, Arthur: The World as Will and Imagination. In: Zurich edition. Works in ten volumes. Zurich: Diogenes, 1977, pp. 27)

SCHOPENHAUER, who was a radical advocate of IMMANUEL KANT’s (1724-1804) Criticism (Greek. = kritikismos, from kritikI [techni], "the art of judgment, distinction, criticism"), deals in his main work with a single thought: "The world is my conception".

Considered from four different points of view, it results in the following philosophical system:

SCHOPENHAUER was the first to make pessimism (pessimism, from lat. pessimum = the worst, most evil, view of life from the incorrigibly bad world) to the center of its metaphysics. And this radical thematization of negativity distinguished him from the specialized scientific philosophy. Whereas in the previous pessimistic views the brokenness of life was in some way finally transferred into an other-worldly or this-worldly reconciliation, SCHOPENHAUER held on to an irreconcilable Dualism between "essence" and "appearance" of the world firmly. The world as "appearance" is that of the life-serving and life-destroying, instrumental reason, the self-perpetuating ego. All empirical knowledge – in this SCHOPENHAUER followed the philosopher KANT – refers to the world, as far as it is the construct of our perception and our understanding, which serve the self-preservation. The "essence" of this world, which of course is only recognizable from a supra-individual point of view, is – and in this SCHOPENHAUER went decidedly beyond Kant – the blind urge of the "will".

SCHOPENHAUER’s doctrine is based on the experience of the imprisonment of the ego in a body, which with its sensuality, its desire, its will appears as alien and threatening. From the beginning SCHOPENHAUER searched for a way to escape this will directly experienced in the body. The body is for him not only, according to the view of his idealistic predecessors, a conception of the thinking I and thus a part of the world as appearance. This ego has not only ideas of the world, it feels itself at the same time as pleasure, pain and desire, as will. And since, according to SCHOPENHAUER, these (and only these two) modes of experience þ the conceptions and the will þ are given to man, the conclusion is justified that the world as a whole is also not only human conception, but at the same time in itself will.

Will is the essence and the truth of the world, but this truth is the unbearable par excellence. The will in us connects us with nature, but this nature has nothing consoling and salving, nothing of cosmic harmony, but everything of the merciless struggle for existence. It is essential for the will that it divides itself and consumes itself, as it were. No reconciliation can be hoped for from such conformity of man with nature, nor from reason, which is only the handmaiden of the will to existence and well-being. Life appears as an incessant struggle in which the single individuals are sacrificed to the meaningless and aimless continuation of their species. This pessimistic picture of the world is nevertheless not completely bleak. For in becoming aware of itself, in the form of philosophical self-contemplation, the will "un-tenses" and negates itself. It comes to the insight of the ancient Indian "Tat twam asi": "All this is you". SCHOPENHAUER saw other forms of self-negation of the will in art, in asceticism and in the moral movement of compassion. They all contain a more or less far-reaching Overcoming the limits of the ego.

For SCHOPENHAUER, compassion was the core of morality, because in it the individual identifies with another. SCHOPENHAUER’s assumption that the will can deny itself is inconsistent and consistent at the same time: inconsistent, since the will is supposed to be the only ruling thing, which leaves no room to reason for a sovereign cognition and action, and consistent, insofar as already the mere possibility of the reflection of the will, as SCHOPENHAUER himself undertakes it, points to the fact that its rule cannot be unlimited.

This metaphysics of the will was the gloomy echo of the triumph of the scientific view of the world. SCHOPENHAUER took up the traditionally metaphysical question of the essence of the world underlying transient and deceptive appearances, but his answer no longer named an instance of meaning (God, Spirit, the Absolute) lying outside it, instead encountering the blind immanence of nature. "Pessimist" he was, because he still cringed deeply in the face of this finding.

In the outgoing 19. At the beginning of the twentieth century, pessimism became Fashion philosophy. But soon after SCHOPENHAUER, in view of the life-shaping successes of natural science and technology, the negativistic point was broken off from him. Thus Eduard von Hartmann proclaimed a "scientifically founded pessimism", which still shared with SCHOPENHAUER the pathos of complete illusionlessness about the world, but avoided its ascetic, pleasure-negating consequences. Individual suffering was here again justified in the name of a hoped-for cultural progress. Led by NIETZSCHE, pessimism finally emancipated itself in the 20. Century of metaphysical world interpretation claims. It became an illusionless realism, in which the outdated contrast to optimism was dissolved. Man was now considered neither originally good nor actually evil, but rather the unascertained, malleable being.