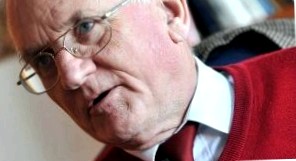 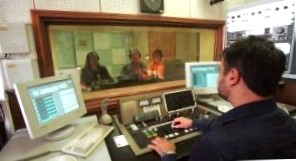 A genuine baron he is. As the only son, Eberhard was destined to take over the hereditary estate at the ancestral seat of his family in Bad Rappenau near Heilbronn. But it came differently.

Father Gemmingen omits the noble "von" when he introduces himself. On 4. April, the man who was the German voice of the Pope completes his 80. Lebensjahr. The Jesuit with his penchant for red sweaters is one of the best-known Catholic faces in Germany. For 27 years, from 1982 to 2009, he directed the German-language department of Radio Vatican in Rome. What many journalists hope for in vain all their professional life, he got twice: an interview with Peter’s successor.

He is convinced that journalism can only succeed when criticism is combined with goodwill. "If I don’t even try to understand another person based on their motives and past actions, I’m not doing them or the audience justice," the religious once said in an interview. This attitude seems to have gone out of fashion in the meantime, if one looks at the agitated-aggressive debates of these days.

The priest radioed all over the world via the church radio station, first on shortwave, later also via the Internet. Gemmingen became known to a wide audience through many television appearances, for example when in 2006 he commented on Benedict XVI’s visit to his homeland. commented.

The Vatican expert readily provided other media with information when they once again wanted to know why the Catholic Church still rejects condoms: often strikingly, sometimes flippantly, but as long as it was understandable. In this style, the influence of his teacher and confrere Johannes Leppich became apparent. He filled stadiums in the young Federal Republic and earned the nickname "God’s machine gun" through his blazing sermons.

Gemmingen, who was ordained a priest in Munich in 1968, did not share Leppich’s militancy, and he not infrequently directed critical tones at his own institution. He recommended more women in leadership positions to the Vatican. Long before Francis, he publicly made detailed proposals for professionalizing Vatican media relations and for comprehensive curia reform. If it were up to him, the College of Cardinals, which is still Europhile, would have twice as many members today, especially many more Africans, Asians and Latin Americans.

The priest’s plea that popes should also be allowed to resign proved prophetic. "Because the office is so demanding and because medicine now makes it possible to live to such a ripe old age," he said a few years ago. In 2013 it was then so far, for the first time in the modern times. With the successor of the emeritus professor pope from Marktl am Inn, another wish of Gemmingen came true: a church leader from overseas.

In 2007, a heart attack put the active man out of action for a longer time. After a thorough recuperation, the Society of Jesus entrusted him once again with a new task. Gemmingen was to raise money from patrons for the costly facilities of her German province. The journalist successfully mutated into a mendicant monk. In this way he was able to donate about one million euros a year to the Jesuits. Not only an endowed chair at the Munich University of Philosophy owes its existence to the tireless efforts of the Swabian from Baden.

Last fall, he was able to put the fundraising job in younger hands. Nevertheless, the religious continues to travel a lot, cultivating his excellent contacts with media professionals, from Frank Elstner to Gundula Gause. All over the country he is invited to give talks in which he answers the question: "Can Francis turn the church crisis into a church opportunity??"The mutual distrust between conservative and liberal Catholic publicists that is widespread in Germany is anathema to him.

He is also concerned that Europe is in danger of forgetting its roots in the Jewish Ten Commandments and the Christian Gospel of Jesus of Nazareth. Here there should be a common outcry of prominent Christians, Gemmingen thinks.