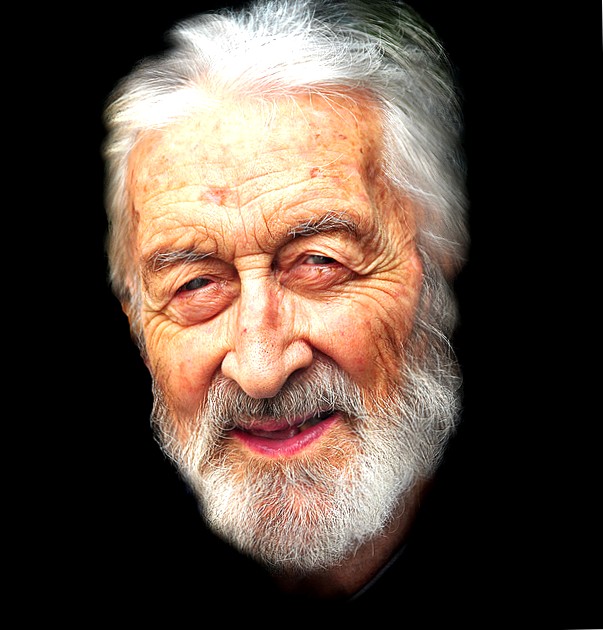 Let the world help me first,
I thought for a long time, before I start to do good deeds.

Holding the door open for a lady and so I already have, that’s not how it is. What went beyond that, however, passed me by like a wail to a deaf person. "Helpful", I thought, that’s what you call only people about whom you find nothing else good, at school, for example, when everyone should write down the positive qualities of a classmate who is actually just annoying and rightly has no friends.

Even today, I am far from being a Father Theresa, but the direction is right, I think. I don’t open my wallet for every beggar, sometimes I share as reluctantly as the most spoiled only child (I am one, too), and I probably still miss plenty of opportunities to help and do good, intentionally or unintentionally.

Well, anyway, I have been dealing with this subject for a long time, and today is the day when I write about it, and from when you and I can do more good, if you like and if it is possible for you to do so. Maybe the following reasons will help you help someone who needs your support once a day more often than before.

Moreover, helping is far from selfless; it’s also a recipe for better health and happiness for the person doing the helping – so doing good for yourself and others isn’t a contradiction at all. This is even more true the more stressed you are and the more you think you don’t have time for such things.

Nature has arranged it this way: when we help, our body releases chemical substances into the blood that not only feel good and improve our mood, make the heart beat more calmly and reduce stress, but – if we help regularly – also prolong our life.

But see for yourself:

What’s the reason, why is helping so healthy?

All this does not mean that you should forget about yourself and completely spend yourself. Helping can also be unhealthy:

Helping makes us stronger. In our abilities, because we train them. Emotionally, because we open up. And spiritual, because we overcome the ego and use our energy for things greater than ourselves.

This is especially true when we bring our experience and strengths to the table. The best help is provided by people who have been through (or are going through) similar situations as those in need of help – scientists refer to this as the "miracle worker principle". In one study, for example, patients with multiple sclerosis helped others with the disease by providing phone support for 15 minutes a month, with the following result: helpers felt more confident, more self-efficacious and less depressed. A similar study revolves around patients with chronic pain who also helped fellow sufferers. These helpers not only fell into depression less often, but also reported relieved pain.

In volunteer work, research shows that personal aptitude and conviction in the cause are also prerequisites for staying on the ball longer and, for example, not just reading half the story to grandpa in the home before you go home and never show your face again. This applies to all colors and forms of good deeds. And doesn’t it also give us confidence to implement what we set out to do in the long run?

We also feel more needed on and rooted in the world. More than any pursuit of money and fame can ever accomplish.

The principle that has allowed me to live off the Internet for over two and a half years (not rich like a sheik, but almost as free as a bird) is: create value. You may already know my text How to create value and make a living from your passion.

Those who support where support is needed and wanted create value for another. It brings him joy or takes away his suffering. If you support often enough, you create so much value that it flows back. Not necessarily in a 1:1 ratio – that’s not the point at all. But with enough value created, enough value flows back, emotionally, spiritually, financially, or all together.

Where real value is created, tracks are created. Your tracks, if you like.

"But Tim, but Tim, what good am I going to do in this world full of suffering?"

Every day people are humiliated, used, tortured, hurt, killed. People die every day from disease and starvation and stupid young car racers and senile old drivers who keep their licenses and their cars even when they are 103 years old and have as many dioprin (the other day a 35-year-old mother of three young children was hit by a retiree in a supermarket parking lot, she had survived it. Until he backed up again and crushed them between his car and another).

"In this world full of suffering, what can I do??", we often think. Or, as Marie von Ebner-Eschenbach put it: "You cannot help everyone! … said the narrow-minded – and doesn’t help anyone."

Here’s a short story about it:

One morning, after a violent storm, a man walks on the beach. Hundreds of starfish are scattered on the sand.

A little later, the man sees a little boy picking up one starfish after another and throwing them back into the sea. The man says to him: "In the sea there are millions of starfish, hundreds are lying here on the beach and you are all alone. It doesn’t matter if you throw some back from here, you can’t make much difference anyway."

That’s when the boy bends down again, picks up the next starfish and says, "It makes a difference for this one!"

In the words of Albert Schweitzer:

"The little you can do is a lot – if you just somehow take pain, hurt and fear away from a being."