This contribution to the 40. My husband’s birthday contains advertising!

His 40. Birthday one celebrates, or?

The Swabians say: At the age of 40, the Swabian becomes g’scheit, i.e., wise. Even at Wikipedia you can read the following on the subject of Swabian age:

With the Swabian age is the name given to the years of life after the fortieth birthday of a Swabian. They say that the Swabian only becomes g’scheit, i.e. wise, at the age of 40. The Swabians are thus subliminally accused of being "late bloomers". It is a common ritual in Baden-Wurttemberg and Bavarian Swabia to allude to the Swabian age and the sudden onset of cleverness and wisdom on a Swabian’s fortieth birthday. The 40. Birthday is therefore also usually celebrated in a special way.

My husband, a Swabian, didn’t really want to celebrate but let’s put it this way: afterwards he was happy and thanked me for this great celebration! But let’s start from the beginning! 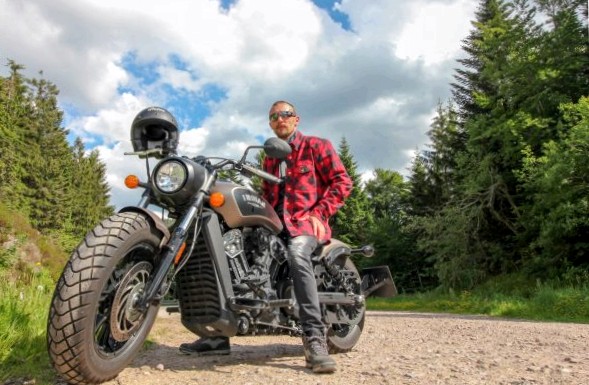 So I planned his 40. birthday long before he has brought himself to celebrate it.

The questions to be answered were: 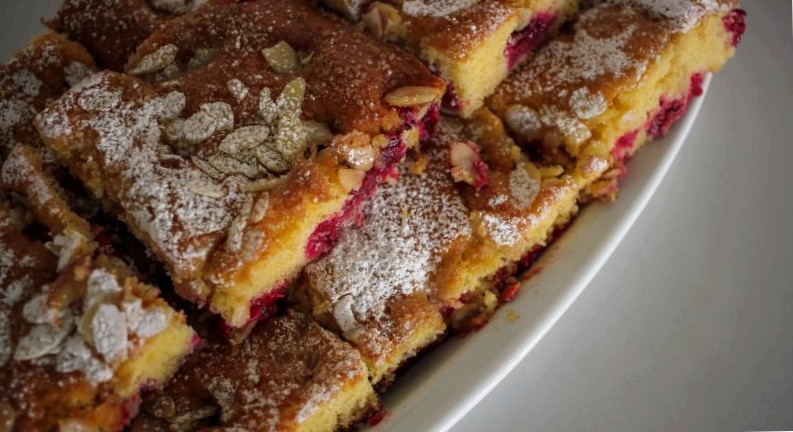 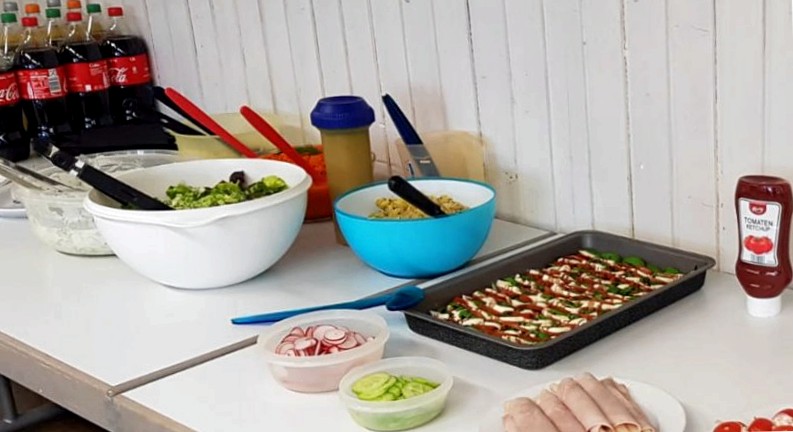 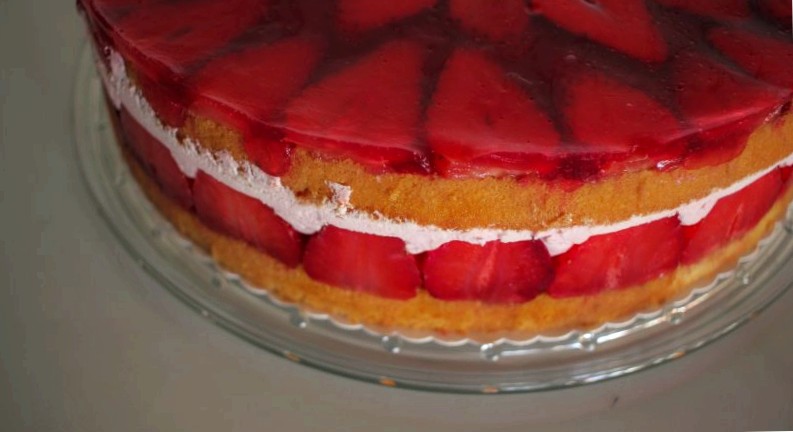 Preparations for the 40. Birthday

How good that we help each other as a family at such festivities.

So I placed one order after the other.

Before such celebrations also the purchase belongs to the preparation.

As always, I write lists of what I need to buy and then divide it into the things that I can buy well before the festival (such as drinks) and those that I should buy just before (such as vegetables, fruit, etc.).).

Since such a celebration does not come from one day to the next, I roll weeks in advance the brochures of the real in Horb, because here there are always good offers and you get everything you need for such a celebration. 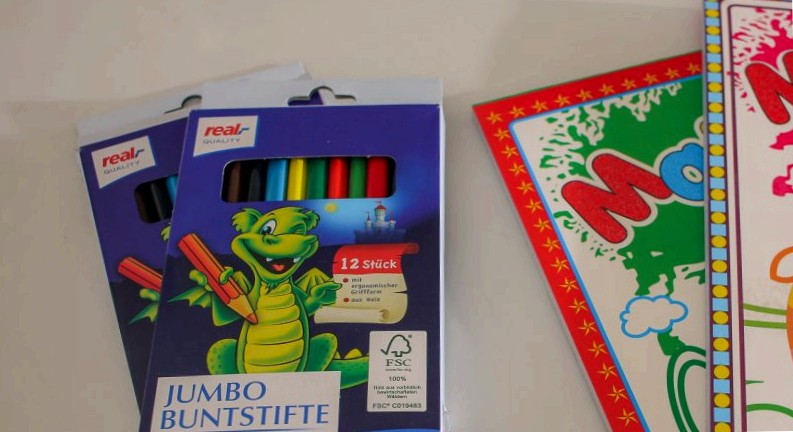 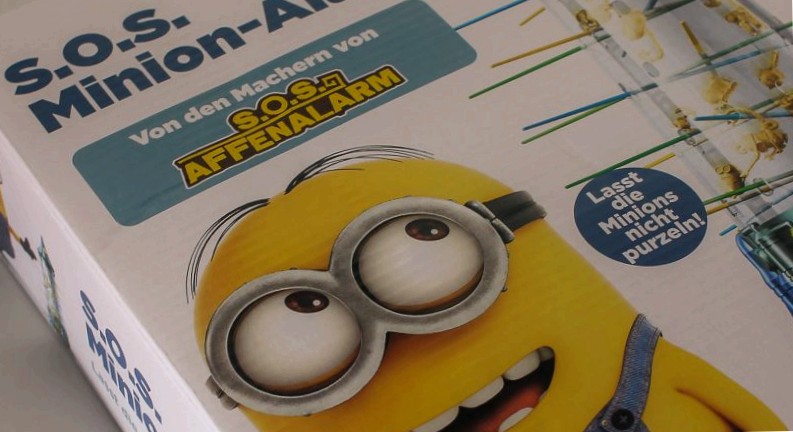 On Thursday before the party I bought all the ingredients for the two salads I still wanted to make and everything I still needed for the black forest and the strawberry cream in the real in Jettingen a. At the same time I bought a new cake plate, some decorations like candles and napkins and something to keep the kids busy. Also here there was a great offer and so 2 new games, crayons and a few books went into my cart.

With such celebrations I have gladly something new, because what my children do not know yet, occupies also them longer!

We could also use the available toys and so there was also a trampoline, a small slide, a play kitchen, building blocks and rocking animals ready for the kids. My kids really wanted to bring their box of costumes and so at some point Darth Vader, a Stormtrooper and a ballerina were also guests.

Why I shop at real? Well, there I get the vegetables and the fruit mostly unpacked! Who thought up such a nonsense that cucumbers are shrink-wrapped in foil?. At real I get most things WITHOUT foil! 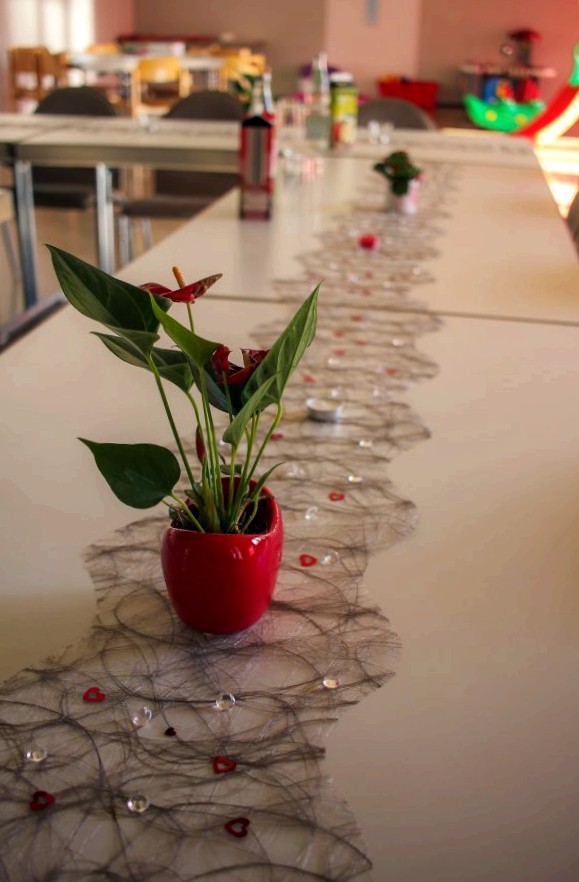 Before the day of days I took over the community hall and got to work, my husband joined me and helped set up and arrange tables, the kids pushed chairs around or ran around the big room.

My friend Brigitte helped us from the beginning and provided with her love of detail for a great decoration, because I somehow have no eye for that!

What I had in mind just did not look good! I mean you know, I bake and decorate motive cakes and that also not soooo badly! With the decoration of tables I have it however not so.

So my girlfriend went out and got new decorations the morning of the party, while I still bought flowers for the tables. So it was beautiful but not too overloaded.

I had ordered extra balloon gas and let some balloons float to the ceiling, also a large 40 filled with helium, so that everyone saw immediately what was celebrated here. Here you can find more decorations that I had ordered in advance:

A big 40 sign hung on the door and was signed by each guest, so my husband has a lasting memory of this day!

The last preparations were made, the cakes and the salads were in the fridge, the coffee was made.

For the decoration highlight, my husband provided himself, because he put his Indian in the vestibule and cordoned off the area with a 40s Absprerband. 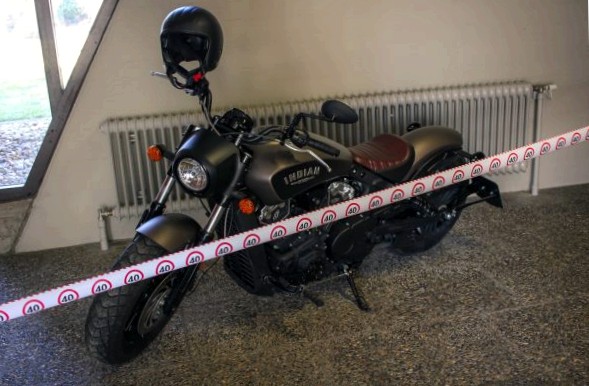 The celebration started with a little delay, because some guests were waiting for us. I was actually slightly annoyed, because the plan (at least as far as the food was concerned) was well timed.

I use the time to put the 40 golden candles, which I had also bought in real, in the black forest and tell my children what will happen next. It should be you who should deliver the gift to your dad. The two of them preferred to carry the cake, but with 40 lit candles on it it was too risky for me.

So they handed over the gift with the words: "Dad, now you can finally go skydiving" and dad beamed! We had chosen the right one and I was proud that my children had kept the secret for almost 1 week.

The cakes were very well received, there was plenty of coffee and our guests asked again and again, what there is for dinner. 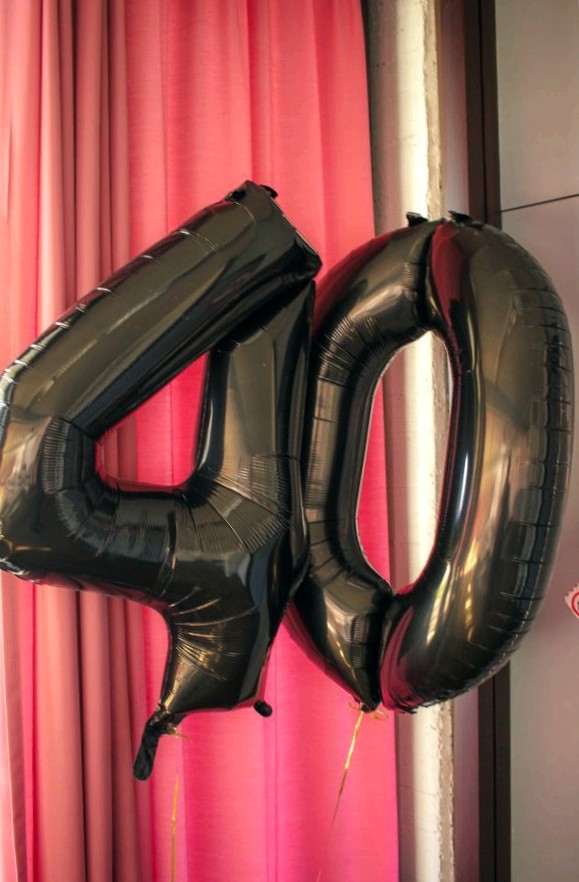 The highlight of the evening

But this was going to be a surprise. Punctually at 17 o’clock he arrived, the food truck! The local entrepreneur Daniel Braun makes the best burgers far and wide. Every Monday he stands in our town and sells his burgers to all the hungry people who crowd in front of his cart. Also we stood there once and tried his burgers! We were thrilled and therefore especially my husband was happy that it worked and Mr. Braun would spoil us with his burgers.

Our guests were amazed that a food truck came especially for us.

Mr. Braun makes an event out of the meal, with a relaxed saying on the lips and the tastiest burgers far and wide he inspired our guests until all could hardly walk. But my highlight was the Chili Cheese Fries, which are fries doused in chili (con carne) and topped with cheese. DELICIOUS.

So think about whether there is this possibility also in your city. Make it easier for yourselves, in which you order the food at such big celebrations, or keep it as simple as possible. For us the idea to order a food truck was perfect! 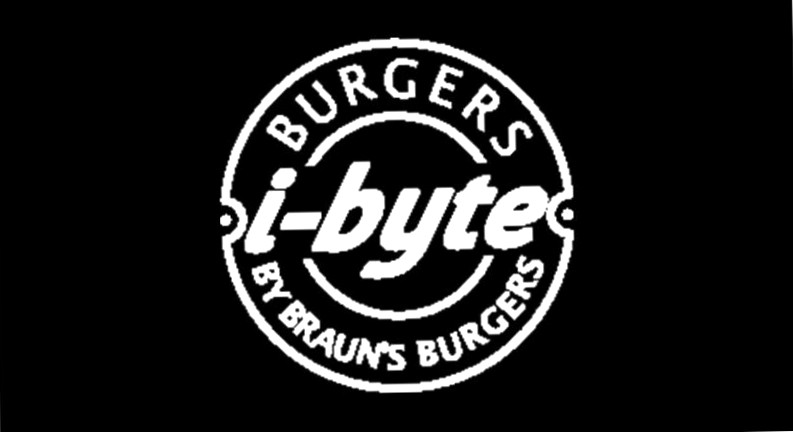 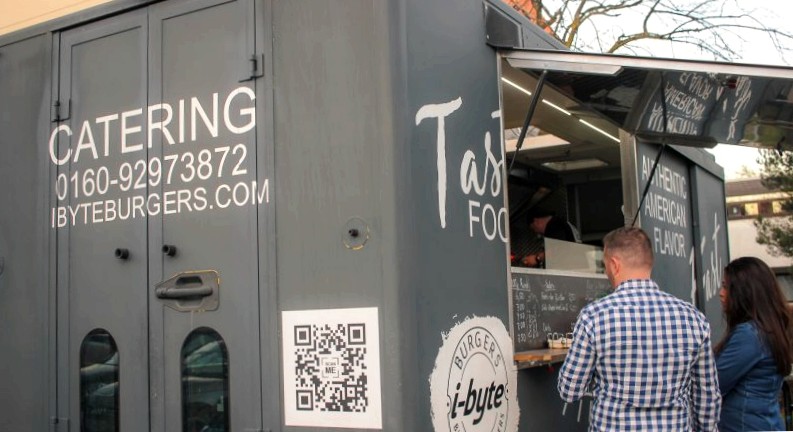 My tips for a successful celebration

For a successful celebration it does not need much, nevertheless you should consider a few points, in order to be able to lean afterwards relaxed back!

In any case, my husband’s celebration was very well received, so: everything was done right!

Do you need recipes.
Just click on the picture and you are already at the recipe! 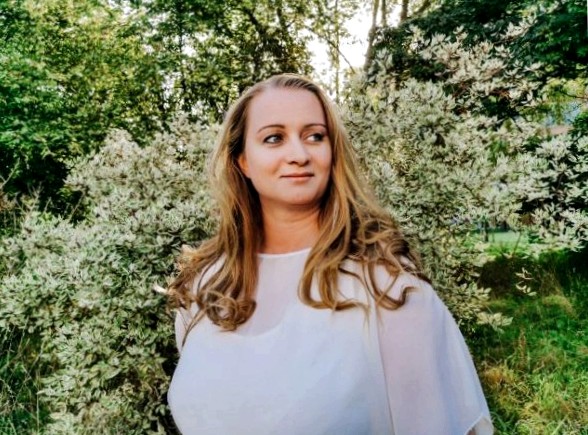 My name is Kati And I am 40 years old. My Man and our 2 children complete my world.

I would love to be with my family all the time Travel and discover the world. I love Cake and also quite like to cook!

My strength?
Turning a small idea into something very special!