Advent – Lent and time of reflection for Christians

Early Christians adapted the Latin term "Adventus Divi", which means something like "arrival of the divine ruler". Means the joyful promise in anticipation of the day of the birth of Jesus Christ. In the long history of Advent, fixed Advent customs arose over time to express this anticipation, especially in December. 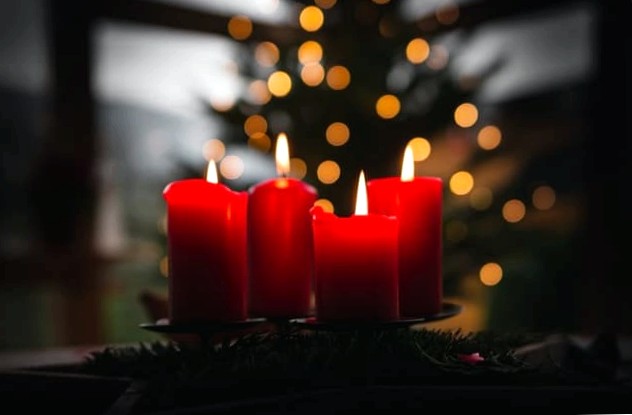 In part, these traditions and customs resemble other winter customs, often of pagan origin. Modern retail and sales also use the expectant significance of Advent for seasonal sales. Festive customers love the sensual and festive times before Christmas. Gladly they cover themselves for it with suitable articles for decoration and gifts.

History and historical significance of the Christian Advent season

Before the seventh century A.D., the Catholic Advent season was divided into four to six Sundays of Advent – that is, inconsistently. Pope Gregory the Great put an end to this and, in the 7th century, established a new liturgy. In the twentieth century, four Sundays were set aside as Sundays in Advent. The number four symbolizes the four thousand years that people had to wait for the Savior Jesus Christ after the Fall, according to the interpretation of the time.

On these four Sundays of Advent, Christians begin to celebrate the "time before the birth of the Lord," or in Latin, the "Tempus ante natale Domini". Christians believed in redemption and the forgiveness of sins in connection with the expected birth of the Savior. Accordingly, the Advent season enjoys until today a special status the wonderful character of charity, forgiveness and generosity.

"Christmas and the anticipation of it during Advent in the original meant joy and respect for the day of the Lord’s coming and his word."

Since the formation of the term "church year" in 16. In the 16th century, which went hand in hand with the Reformation and is still in use today, the annually recurring sequence of Christian festivals was subdivided according to their importance. The church year also significantly determines the practice of worship and its liturgy, its religious ceremonial order.

According to both Catholic and Protestant tradition, the church year usually begins with Vespers on the eve of the first Sunday in Advent. The Orthodox churches, on the other hand, begin the church year on 1. September, when they prepare for the feast of Mary’s birth. Advent was even considered a strict fasting period for many centuries, similar to the fasting period before Easter. It was not until 1917 that Catholic canon law abolished this Lenten observance.

Even though the Lenten season of Advent has largely lost its significance, it has never lost its principled penitential character for active Christians. In this respect, Advent is a time of special devotion and inner reflection. The liturgy of Advent, however, no longer consists primarily of traditions, ceremonies and rites of penance. The focus today is more on anticipation with lights and songs.

The theme of modern Advent, then, is now not so much doing penance and repentance, but rather the Christmas joyful symbol of the incarnation of God through the holy birth of Jesus Christ. Protestant Christians in particular focus more on the festive and contemplative preparation of the Christmas season. And fun and joy of celebrating make for example Christmas tree, Christmas decoration, Christmas markets and still many other customs all times.

"At its core, the thought of redemption and the joy of giving are always beautiful. This pleases Christians and non-Christians alike. And that’s exactly why Advent and Christmas have such a firm footing, which tends to become even stronger all over the world."

Especially the original contemplative character of the Advent season has been preserved up to the present time. Conversations and chants of reflection, repentance and charity are very common at Advent Sunday events. It doesn’t just happen in church or on a cold Sunday in December. Since the ban on fasting has been lifted, opulent and colorful preparations for gift-giving and celebrating have actually tended to increase from year to year. Advent and Christmas are still growing!

The thought of the high feast on Christmas Eve connects Christians and non-Christians all over the world. The preparation time between the first and the fourth Advent feels different. Everyone notices that. Last but not least, traditions and Christmas customs need to adapt to changing times. This is simply necessary for religions to really live. So that they can continue to actively accompany people’s lives.

12 facts and anecdotes about Advent, pre-Christmas and Christmas from Germany and around the world

Giving pleasure and thinking of loved ones can look completely different at national, regional and local level. We have collected some remarkable and sometimes curious figures, data and facts about Advent – in short: interesting useful and useless knowledge – at this point:

The commercial view of the Advent season

Of course, in a globalized world and especially in a world designed for the desire to consume, the trade with seasonal articles and products at Christmas also plays a declared role. The joy of giving gifts can not only be fulfilled by gifts to do it yourself. And it does not always do the lighting of beautiful candles alone.

Because the joy of giving presents is so great, especially at Christmas, Christmas is simply a relevant sales factor for many companies and manufactures. Products and articles on Advent, St. Nicholas and Christmas are in great demand every year. Many children around the world want to enjoy the best gifts from St. Nicholas and especially Santa Claus.

"It takes a lot of gifts. Heartfelt wishes are not easy to fulfill."

The eyes of the children want to shine with the candles of the Christmas decoration around the bet. In the stores and online stores, the shelves are filled with gift ideas, decorative items and lots of Christmas paraphernalia. And as a rule, the shelves are always quickly sold out. Anyone who wants to get something really nice just before Christmas knows the crux of the matter.

In addition, in many countries, especially in the northern hemisphere of the world, where it is winter at Christmas, the enjoyment of typical pastries and sweet treats is part of the festive season and part of the joy of anticipation. Not every gingerbread house, every Printe, every candied apple and certainly not every bottle of mulled wine can be produced on one’s own, bake or fill. For this you need the Christmas bakery or the confectionery producer.

For those who would like to know in more detail, what Advent with pagan origins and its sog. "Inculturation" – means as much as Einkulturisierung – has to do, back to Advent, Christmas and its origins. Christmas was not always celebrated on the night of the 24th. on the 25. December celebrated. And Advent as we know it today has not always existed.

The name of the Scandinavian, Baltic and Frisian Yule festival at Christmas, for example, still refers to its pagan, pre-Christian roots. For the first time Jesus’ birth was celebrated on Christmas Eve or. in the holy night to the 25. December actually only in the year 336 after Christ in Rome. So sources prove.

"References to pagan influences and recipes may not be the top topic at church on Sunday or holidays. But they are reality. Besides, they do not change the Christian message."

At the same time and on the same day, however, the birth of the Roman deity Mithras, a mythological-cultic personification of the sun, was commemorated there even more often. The decoration of a tree for the winter solstice was also already part of the customs of the Mithras cult. Then the custom fell into oblivion, until it celebrated a quasi resurrection as a Christmas tree in the Reformation period.

Often Christians took over such borrowings, to celebrate the birth of Jesus Christ with them from now on. The time of the winter solstice after old Julian calendar offered itself for it formally. On the darkest day of the year, it is symbolic and powerful when the Savior, the Messiah brings the light back into the world. That sounds a bit pragmatic, almost heretical. But it doesn’t change the fact that the values of Advent and Christmas have important, perhaps even the most important Christian charges and meanings. 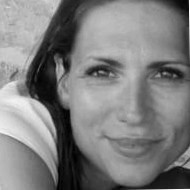 Hello, my name is Susanne. I love the Advent season and Christmas.

On this website I have published a lot of information, recipes and tips for the most beautiful time of the year for you.