Before you resort to the ultimate weapon and reset the Android smartphone, you should check whether the cause of the error can be removed in a few simple steps. The following steps will help you to analyze the error.

The following steps will help find a cause for the WLAN problem on your Android smartphone.

Is only one WLAN affected?

Does the Android smartphone lose the connection in every WLAN or only in a certain network?? If only one specific network is affected, troubleshooting should start there. If multiple WLANs are affected, check if they use the same router. If this is not the case, this step can be skipped.

This sounds trivial, but occasionally a reboot is enough, as the software in the router can also crash. To restart the router, either log into the router as an administrator via a browser and manually initiate the process there. Alternatively, many routers have a reset button on the back or the router is disconnected from the power supply for 2 – 3 minutes. Afterwards it takes a few minutes until the router is rebooted.

Almost every modern router has the option of installing firmware updates to correct bugs or add new functions. Updates usually have to be downloaded directly from the manufacturer and applied manually via the administrator interface. Afterwards a reboot takes place.

The more wireless networks there are in the environment, the more likely they are to interfere with each other. Routers often use a preset WLAN channel and the more networks transmit on the same channel, the more likely there will be interferences. The WLAN channel can be manually set to a different channel in the router’s administrator settings. If necessary, different channels should be tested. 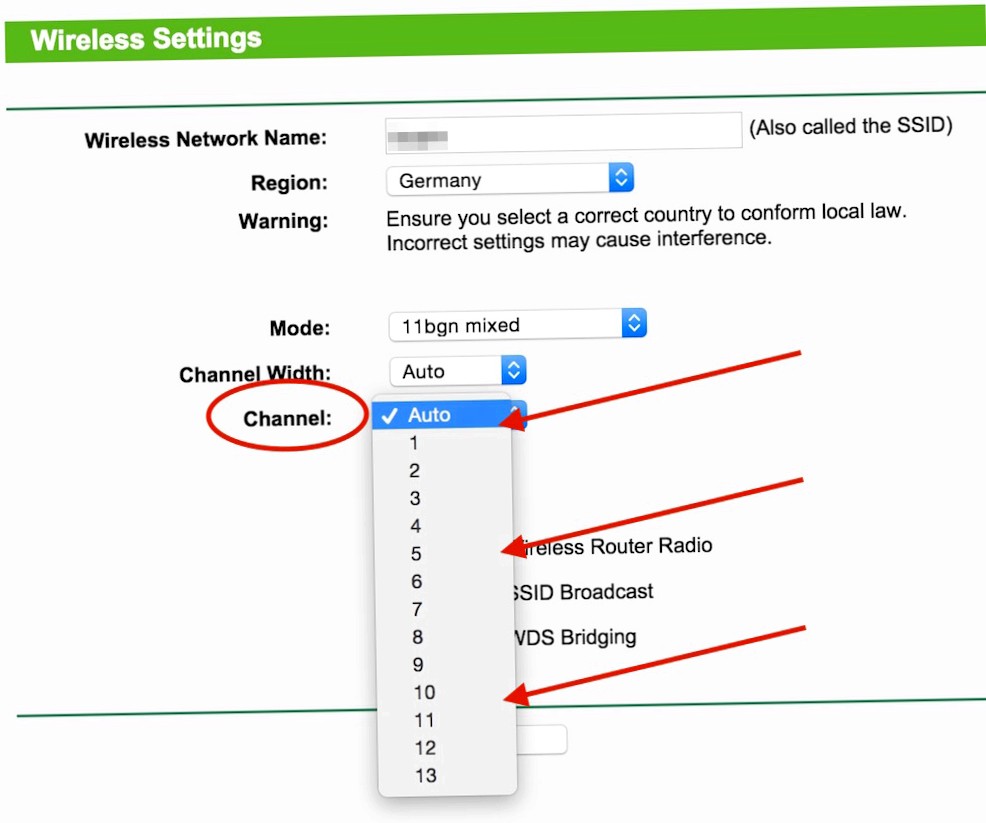 It also helps to take a look at the WLAN reception. If the smartphone is always in close range, this can also be the cause and can be aggravated by a new router in the neighborhood, for example.

If every WLAN is affected?

If the router can be ruled out as the cause, the troubleshooting on the Android smartphone must continue.

Before going deeper into the system, the smartphone should be restarted as a precaution.

If it still doesn’t work with the WLAN, a look at the advanced WLAN settings in Android will help. This can be done by long press the WLAN symbol in the Android menu. 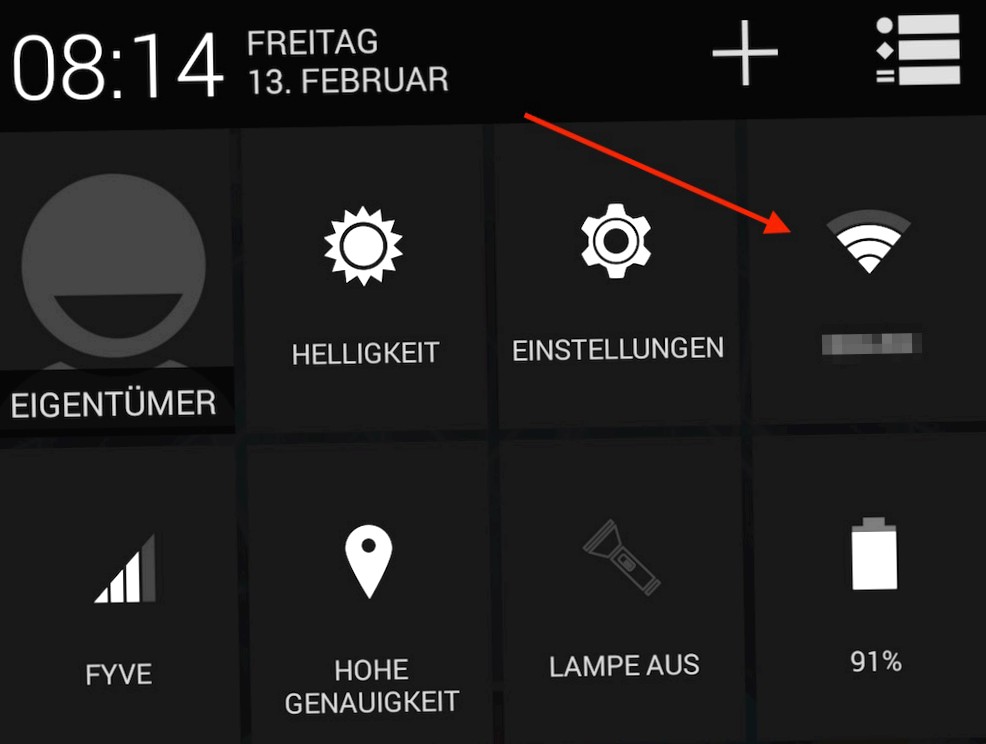 Then use the three dots in the lower left corner to open the settings and Advanced select. 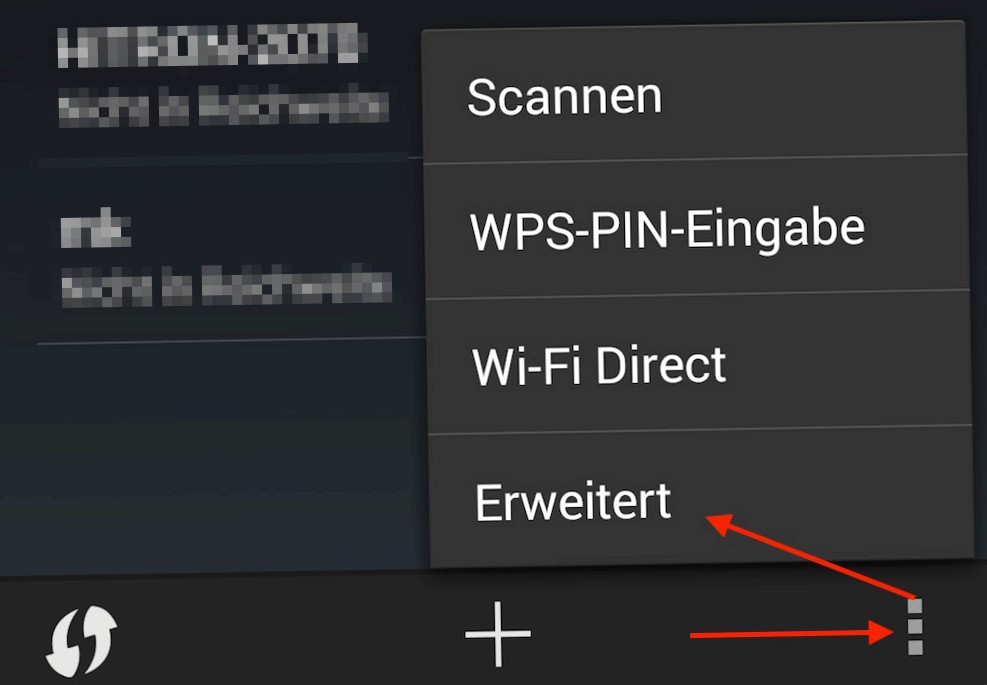 The settings for WLAN in sleep mode, the WLAN network priority and the WLAN optimization for battery consumption are checked there.

If the smartphone loses the connection in standby, it is suspected that it is deactivated in sleep mode. Here the setting should be set to "Always"be set.

The WLAN should also be activated in sleep mode (Image: Screenshot Android).

If there are several known networks in range, the wrong network may be prioritized and the connection may be interrupted. The preferred network should be at the top of the list. The known WLANs can be moved manually.

The WLAN network priority can be used to determine which WLAN in range should be preferred (Image: Screenshot Android).

Possibly the battery consumption optimization of Android for the WLAN also takes effect. The option should be deactivated for test purposes to see if the WLAN connection remains stable afterwards.

Minimize battery consumption when WLAN is active saves power, but can cause connection drops when WLAN is weak (Image: Screenshot Android).

If this is the case, you should also check the router to see if you can increase the WLAN transmission power of the router. Because disabling the WLAN optimization increases the battery consumption of the Android smartphone.

If you had to read this far, it is not easy and you are desperate. Yes, resetting the Android smartphone would be a solution, but then all data is gone and the smartphone has to be set up again. This costs time. There is one more culprit that can be targeted.

In addition one must know that some Android apps should have the right WLAN connections to change. Before uninstalling and reinstalling each app individually, it is best to take a look at the Google Play Store. There, all recently installed and updated apps are listed. The menu can be called up via the three dashes at the top left. There is the option My apps. 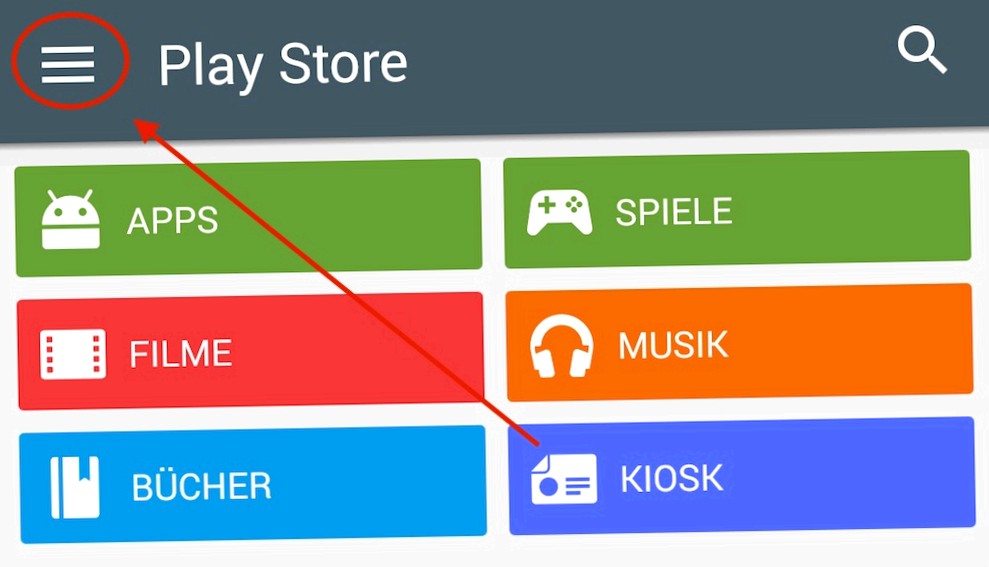 My Apps in the Google Play Store shows the most recently installed and updated Android apps (screenshot of Android).

The most recently installed and updated apps are displayed in this list chronologically and not alphabetically. Especially the recently updated or installed apps should be checked to see if the right to change the WLAN is not needed if necessary. Which apps have been updated and has the WLAN problem occurred since then?? Apps can be called up and uninstalled directly here.

Applications can be uninstalled directly via My Apps (Image: screenshot Android).

If an Android app is called and scrolled all the way down, the respective permissions can be accessed there. It takes time, but should be easier than setting up the whole smartphone again

In my case a Update the Fon App for problems with the WLAN. The app allows members to use Fon Spots nearby for free. For some reason an update of the app made sure that I was always kicked out of my own WLAN. Annoying and annoying, but fixed after about 30 minutes of troubleshooting.

If Android apps from foreign sources have been installed, these must also be checked. However, these are not displayed via the Google Play Store. In addition, the privacy feature of CyanogenMod apps can also be revoked individual rights. Unfortunately, this function is not available for normal Android smartphones. If you want to get a taste of CyanogenMod, the tutorial for installing CyanogenMod on the LG G2 shows how complex the process can be. More practical tips for Android can also be found in this blog. My favorite at the moment is the tutorial to use WhatsApp in the browser as well as the tip to view the desktop version of web pages in Chrome for Android.