The drama "Ballad of the white cow" forcefully tells of the consequences of a wrongful conviction. The wife of an innocent man sentenced to death bravely goes her way and raises the question of moral guilt.

The film begins with a surreal tableau. In an empty courtyard stands a white cow, at the edge of the courtyard are shadowy black figures. Maybe they are prisoners. It’s a haunting image, and it’s a metaphor for an innocent person sentenced to death. The film title and the picture refer to a sura in the Koran, which is still the basis for large parts of the society and the jurisdiction in Iran today. In it, for example, debt payments for physical damage are precisely specified. And because of these laws Mina’s husband Babak was executed.

Then the widow unexpectedly gets a summons, which she is only allowed to attend in the company of a man. Their father is ill, so the brother comes along. "Four weeks ago, a key witness in the Rashedi case contacted the police department. This has changed a lot", says an official to them. "The new investigation and the new confession of the second witness showed that he was in fact the murderer and not your husband. In any case, we made a mistake and we are very sorry for it. The court takes full responsibility for it and pays you compensation for an adult man in the amount of 275 million tomans. We realize that nothing can replace the brother and husband. But it is sure that it was God’s will."

PREVIEW: Trailer of the Iranian drama "Ballad of the White Cow (2 min)

With the equivalent of 1.000 Euro "blood money the matter is settled for the state. But Mina, who works in a dairy factory as the now single mother of a deaf daughter, demands an official apology. She cannot hope for support from her father or brother. Unexpectedly, however, a strange man arrives at her door, the taciturn Reza, who pretends to have been a friend of her husband’s. And he also wants to send money to Mina.

Mina: "How much did they owe him??"
Reza: "About ten million Toman."
Mina: "Strange, he didn’t tell me that at all."
Reza: "I’m sorry, I should have come earlier. Forgive me!"
Mina: "No, I beg you, you came, that’s what counts." Movie scene from "The Ballad of the White Cow

The crucial question is moral guilt 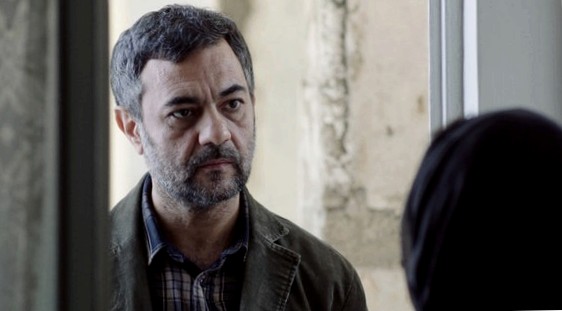 The initial gratitude develops into a tender relationship between the two. After Mina thanks him for the money, Reza replies that it is the decent thing to do. Mina then asks who still has decency nowadays.

This is a crucial issue that the movie is about. It soon turns out that Reza was by no means an old friend of the executed man, but one of the judges who were responsible for the sentence.

Many films from Iran shown at international festivals deal with questions of justice or moral quandaries. Many of those responsible for these works are under pressure in their home country, shoot secretly, are not allowed to leave the country and are not allowed to accept the awards for their films at festivals.

The "Ballad of the white cow" was realized by a director and a female director: Betash Saneeha and Maryam Maghaddam. The story is based on her mother’s experience. Maghaddam writes in a statement for the press: "A unique and special quality of Iranian film can be its honesty when it comes to social and human issues, but in view of the existing censorship this is not so easy to realize. But films that have achieved this goal can be influential. They can be windows that allow the people of the world on one side and the isolated people of Iran on the other side to see each other."