This tutorial is about how to create a normal map with Blender and how to use it in Blender.

A normal map is used to simulate a 3D structure through a texture.

We will create a jute fabric. Since I didn’t feel like modeling a jute structure, let’s take an image of jute fabric to create the normal map. The problem, however, is the repetition of the structure at the edge, it is very difficult to create a "tiling" effect to avoid. The same method can be used to create higher resolution meshes on which z.B. with the Sculpt-tool, into lower resolution meshes with normal map.

Preparation of the output model [ edit ] 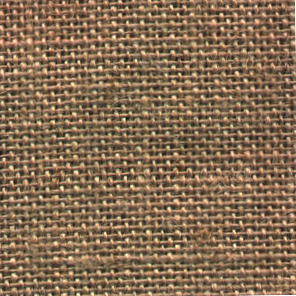 Our initial model is very simple.

The resolution depends on the number of faces of your high resolution mesh. For each triangular area (tri) you need one pixel, quads are resolved into two triangles. With a more complicated mesh we would now have to unwrap, this is not necessary with the plane, it is already properly unwrapped.

The duplicate also carries the UV coordinates of the Plane.

The fact that the layer now carries a material is not really necessary, but we can’t create a texture without a material.

We really need a lot of vertices now, that’s why we put the result into a texture afterwards. Such an effort (of vertices) could not be made in a real scene, of course.

In the 3D window, the effects of the modifiers are clearly visible, adjust the contrast and brightness of the texture, and/or the strength (Strength) of the Displacment-modifiers so that you get a satisfactory result (Figure 3).