While some people are happy about the snow, enjoy walking in the white splendor and can hardly wait to head for the mountains for winter sports, others think with horror of slippery roads, cold and slush.

What to do if the car starts skidding?

Do not jerk the steering wheel, but hold the wheel as steady as possible with both hands.

Only apply the brakes lightly and with feeling, so that the car does not swerve any further. Important: Always fully depress the clutch before braking. How to avoid an engine skid.

3. Don’t take too much countermeasures

Steer slightly against the direction of the swerve to stay on the roadway if possible, or not to swerve any further.

Most cars have an anti-lock braking system, ABS for short. It ensures that the wheels do not lock as far as possible when braking: So just brake, don’t countersteer hard and trust the system.

Note for rear-wheel drive vehicles: Here is where extra caution is needed. Since all the power comes from the rear, these vehicles are more prone to skidding. 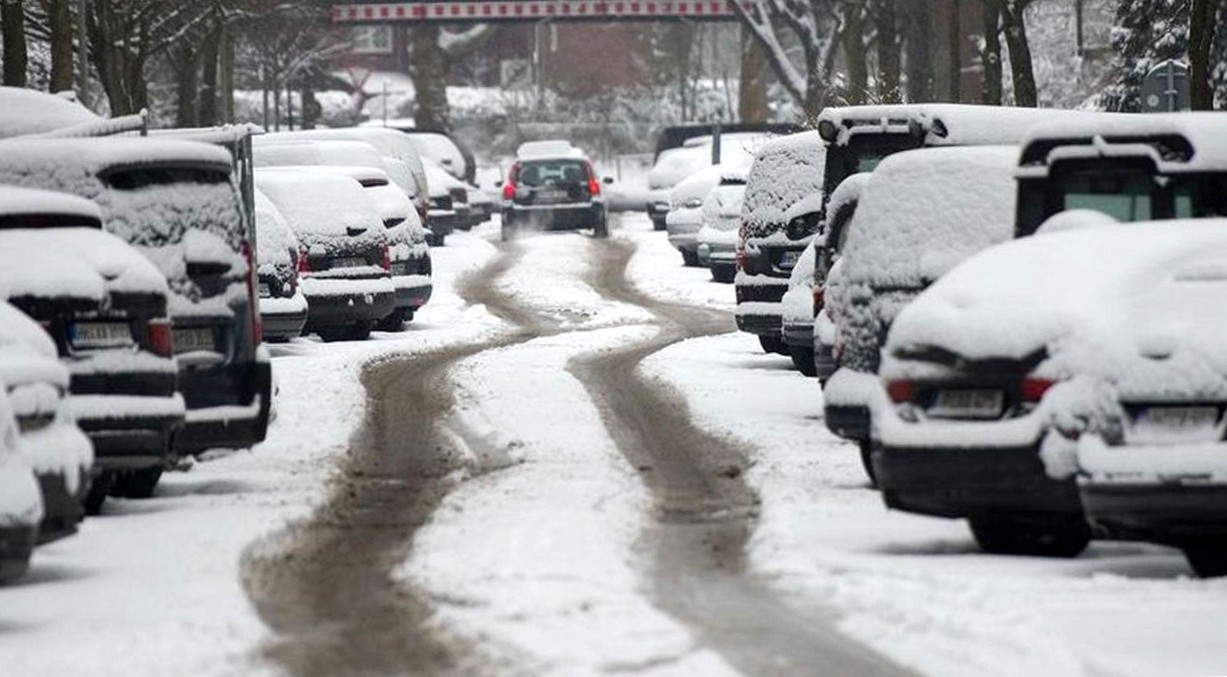 To avoid getting into such dangerous situations in ice and snow in the first place, you should take the following general driving tips to heart, – given by Walter Weibmann, Chairman of the Landesverband Bayerischer Fahrlehrer e.V.:

It may sound banal, but it’s the be-all and end-all: It’s important to be alert on the road. "Eyes on", says Weibmann. "Then you can perceive how the roadway looks, whether it is glittery and possibly slippery."

Also, can not be repeated often enough: Keep your distance and do not drive too fast.

You should drive with foresight, keep your distance (more than half a speedometer length) and use the brakes very sensitively. Abrupt braking and jerky steering, on the other hand, should be avoided.

In icy and snowy conditions, it is advisable to drive off in second gear unless it is an automatic car. Because then you have a lower number of revolutions and the wheels do not spin so fast. However, you should handle the clutch with care. An alternative: Start in first gear with little gas and let the clutch slip well at the same time.

In general, drivers should drive at low revs – i.e. shift into a higher gear rather early on.

The law requires motorists to equip their cars with winter tires. When the tread depth is only 1.6 millimeters, a change is required by law. However, since the braking distance increases considerably earlier, the ADAC recommends changing tires as early as 4 millimeters for winter tires. For vehicles that are more often in the garage than on the road, it is recommended to change the tires after eight years at the latest, because the rubber can become porous.

What to look for when buying winter tires, you will learn in this service article.