Third vaccination: 5 reasons why you can be infected with Corona despite booster 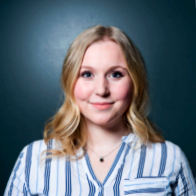 Even if you’ve already had your third vaccination, it doesn’t mean you’re immune to the coronavirus – especially the omicron variant.

Because omicron is considered to be significantly more contagious and is already causing plenty of breakthrough infections. In addition, disease may manifest itself through symptoms other than the "typical" corona symptoms.

To protect yourself and others, you should continue to follow the hygiene measures and get tested for the virus regularly, even if you have already received a booster.

According to the Robert Koch Institute (RKI), at least 44 percent of the German population have already received a booster vaccination against the coronavirus (as of 12. January 2022). These people will have a much easier time participating in public life given the new 2G-plus rules. Because 2G-plus will soon be in effect in restaurants nationwide, as Business Insider previously reported. This means that those who have been vaccinated twice and those who have recovered also need a daily negative Corona test. Unvaccinated people do not have access to restaurants, bars and pubs at all.

Those who are boostered, on the other hand, don’t have to submit to a test. But beware: the booster is not a free ride. Despite the third vaccination you can still be infected with the coronavirus. Because a vaccination in no way guarantees that you are immune to Covid. The most important goal of the vaccination is to protect you from a serious illness, so that you do not have to be treated in the hospital.

This means that even if you take a booster, you can still become infected and infect others – even if your illness is likely to be mild. You should therefore continue to exercise caution in the fourth wave, adhere to hygiene measures and avoid large gatherings of people. Here are five reasons why you should be cautious despite booster vaccination:

The new Omikron variant is significantly more contagious than its predecessors

The coronavirus has mutated several times since it first appeared in December 2019. Meanwhile, there is already the fifth mutated version of the Corona virus, which is classified as a cause for concern. The RKI writes in its weekly report that Omikron "spreads significantly faster and more effectively than the previous virus variants according to current knowledge". Therefore it could come to a "sudden increase of the infection cases", whereby again the danger is large that the health system is overloaded.

The U.K. Health Security Agency concluded in an analysis in early December that Omikron has a reproductive (R) value of 3.7. That means infected people continue to infect nearly four people on average. By comparison, the R value for the alpha variant, which was prevalent in Germany at the beginning of 2021, was 1.14.

Unfortunately, you can be infected even if you have already received the third vaccination. Several studies indicate that the protection against Omikron is not as effective as the previous variants. A British research team, for example, concludes that booster protection against omicron drops by about 25 percentage points within ten weeks. The study says the effect of the Biontech vaccine dropped from 70 to 45 percent over the period.

In Canadian study, researchers compared how well booster vaccinations against delta and omicron worked. The result is sobering: according to the study, people with a third vaccination were 93 percent protected against the delta variant one week after receiving the dose – but protection against Omikron seven days after vaccination was only 37 percent. That means even if you’re boosted, you can still contract the virus.

The RKI also notes that symptoms of the omicron variant differ from those of the others. For example, loss of smell and taste occur rather rarely. According to the report, the most common symptoms are cough (56 percent), cold (55 percent) and sore throat (28 percent). If you’re boostered, however, you may again experience other symptoms. 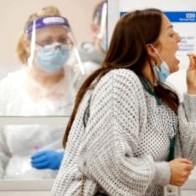 Here’s how a research team from the Faroe Islands reported an Omicron outbreak among triple-vaccinated people in a case study. After a meeting attended by 33 people, 21 of them were infected. All participants were triple vaccinated and everyone had a negative coronatest result in the 36 hours before the meeting, most of which were PCR tests. "This report shows that the Omikron variant can cause super-spreading events even in triple-vaccinated individuals," the case study authors write. But not only that – the infected people also showed symptoms. The most common symptoms among those who were boostered were muscle and joint pain, fatigue and fever. Fortunately, none of the infected individuals required hospital treatment.

While the case shows that most of those affected experienced a relatively mild course, they experienced symptoms other than the "classic" symptoms seen in the past year, such as cough, loss of smell and taste, or rhinitis. So you may be infected with the virus but not notice it because you don’t associate the symptoms with a corona infection.

Many rapid tests do not reliably detect corona infection

The German Federal Office for Drugs and Medical Devices (BfArM) recommends in a list 566 rapid tests. Business Insider research shows that of hundreds of tests offered, only about half are peer-reviewed – and even tests that don’t stand up to scrutiny remain on the market. This means that you may have been infected, but your rapid test does not indicate an infection at all. Or another person who tests negative can infect you with the virus.

The BfArM is currently reviewing whether all antigen tests approved in Germany reliably detect the omicron variant, the German health ministry said in response to a request from Business Insider. So you should first be careful with a negative rapid test result and rather carry out a PCR test if you want to be completely safe.

Especially for high-risk patients, the risk of the virus is still high. Data from France and Israel suggest that about a quarter of people with weakened immune systems show no antibody response even after the third dose, physician and study author Michelle Willicombe told the British Medical Journal. So those affected need at least a fourth vaccination to become immunized in the first place.

Some countries already offer another booster for certain groups of people. For example, in the U.K. or the U.S., people with weakened immune systems are prioritized, for example, due to transplantation or severe pre-existing conditions. In early January, Israeli Prime Minister Naftali Bennett reported a small study, but it has not yet been published. Here, 154 hospital employees received a fourth vaccination of the Biontech vaccine. According to Bennett, antibody concentrations were increased fivefold, as reported by the Physicians Journal.

Virologist Sandra Ciesek said on the NDR Info podcast just before Christmas that it was necessary to wait for more study results to come out. First of all, it would be necessary to investigate how useful another booster would be for people with weakened immune systems, their contacts, and professionals working in nursing or hospitals.

Even if you’re boosted, it doesn’t mean you can’t still get infected with the new Corona variant. The booster will likely protect you from a severe course or hospitalization, but it does not guarantee that you will be immune to the virus and its various variants. To protect yourself and others – especially people with weak immune systems – continue to follow spacing rules, wear mouth/nose protection and limit your contacts when possible.

Also pay attention to whether you have symptoms that you would rather not directly attribute to coronavirus. And get tested regularly, preferably with tested rapid tests or PCR tests.