Every year again and every year it is so beautiful! No feast makes eyes shine more than Christmas. And with no other celebration are there more traditions associated! Already for weeks people all over the world are preparing for it. decorating, planning and shopping even more. As everywhere, where one celebrates Christmas, one attaches also in Denmark to details and expirations large value, with them often the most beautiful memories are connected. And exactly those are supposed to be most wonderful time of the year always revive. Some traditions are family based, others are common across the country. The Danish Christmas has much in common with the German – and yet there are differences. 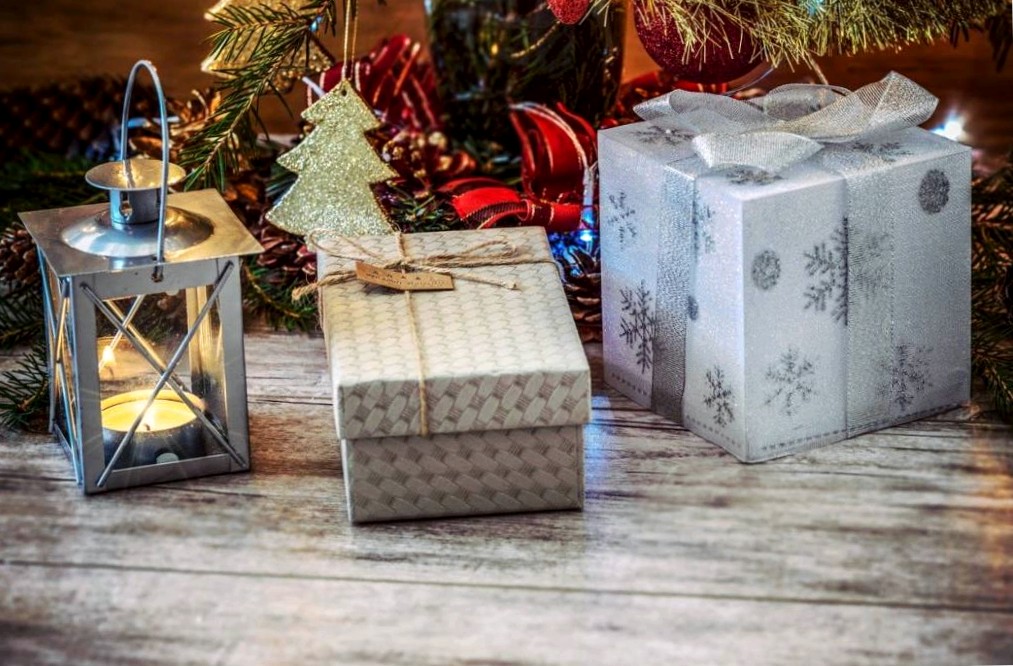 The first invitations to a julefrokost (jul = Christmas, frokost = lunch) are already pronounced in November. That is on the one hand because the Christmas season already after the& J-dag begins, on the other hand there are a lot of such events to visit.

Many clubs and companies invite to a joint meal, which usually includes traditional dishes. The appetizer actually always consists of various herring dishes and breaded fish fillets with plenty of remoulade and mayonnaise salads (z.B. egg salad or italian salad with peas and carrots). The Aquavit served with it goes very well.

Meat dishes follow in the main course (flæskesteg = roast pork with crust or julemedister = similar to a coarse sausage) eaten with cabbage and caramelized potatoes and plenty of brown sauce. Sweet red cabbage is served with roast meat, and kale with sausage. On the latter they always put cinnamon sugar in my region. It is a bit difficult if you are a vegetarian and don’t like sweet vegetables. But this way you can eat much more than others at the most important course and have higher chances of winning. 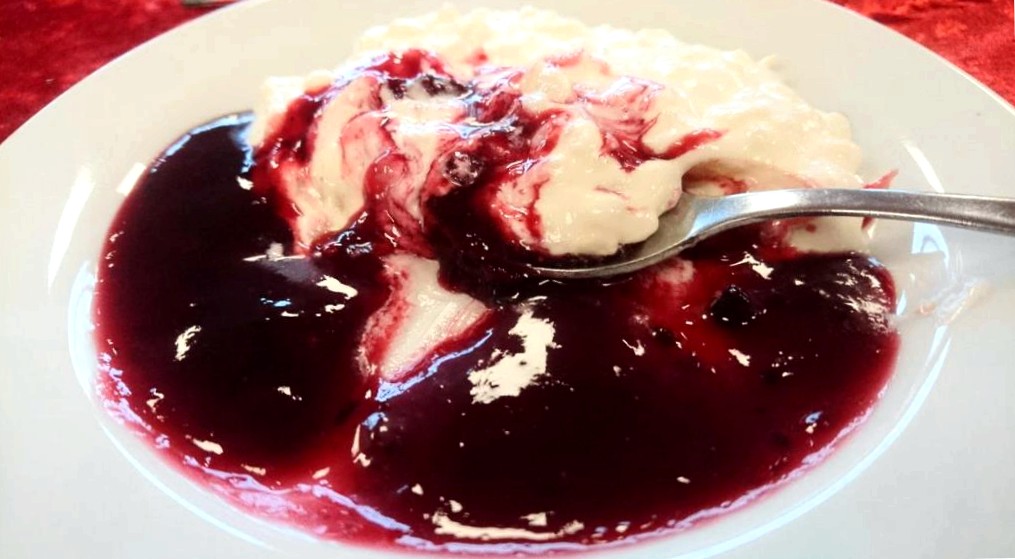 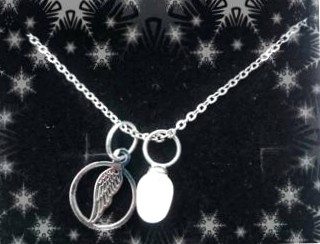 Because in the Christmas dessert ris à l’amande (Almond rice pudding with cherry sauce) is hidden a whole almond.

And whoever finds them in his plate gets a gift, the so-called almondgave. To only three portions of rice pudding (& ), I was able to enjoy a pretty lucky charm last week.

Often the julefrokost is accompanied by the pakkespil Played. How to do it, I&here I have already explained in detail, so now only briefly: In a first round, you throw the dice for the gifts you have brought with you. In a second round you steal them from each other. You always have to roll a six to be able to take or grab a present. The funny thing is that no one knows how long the second round will last. The game master sets a period of time, unknown to the players, during which everyone tries to roll as many presents as possible. If the time is up and you don’t have a package in front of you, you actually go empty-handed. 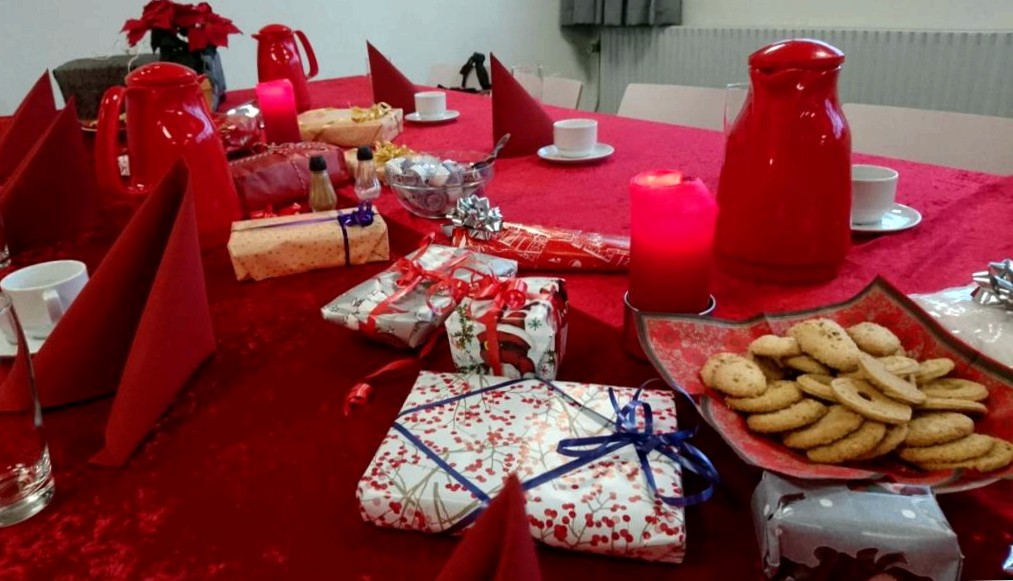 Also this year I found out that you probably have to have grown up with this tradition to find it funny. Because you also play it with children and there are no exceptions ..

In Denmark they sing the same Christmas classics as everywhere else. So there are Danish lyrics to "Silent night, holy night" or "Rudolph the red nosed reindeer". I already noticed in the first year that people here not only dance around the Christmas tree, but also have a preference for very cheerful songs. The 23 most popular Christmas songs with lyrics and audio samples were& summarized here in a list.

Every year I find it strange to hear the melodies of "Bi-Ba-Butzemann" or "Meine Oma fahrt im Huhnerstall Motorrad" in Danish Christmas songs:

Danish children open one door of their Advent calendar every day, just like German children do. But there are in Denmark& different advent traditions. Quite a few parents pack small gifts for each day. Cheap, small toys are offered for it already from November. 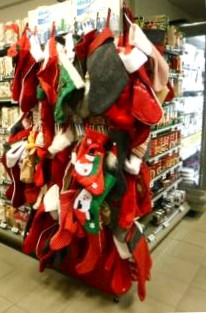 On every Sunday in Advent, there is the so-called calendargave. This is then a slightly larger package and I have heard many children tell of grandparents coming over with more kalendergaver.

In many stores hang at present each quantity at socks, because the shopkeepers present their small customers gladly.

The 23. December is called lille juleaften (little Christmas Eve). On this day, the Christmas tree is put up and the family comes together to get in the mood for the holidays. It becomes hyggelig. Last preparations are made and first dishes are precooked. After all, even in Denmark, too much food is eaten at Christmas.

Quite a few prepare their ris à l’amande to. Most recipes suggest cooking rice pudding in water first and then pouring milk on it. But my favorite Danish cooking blog advises to cook the rice in milk right away. I agree with the author and therefore already presented her recipe last year: 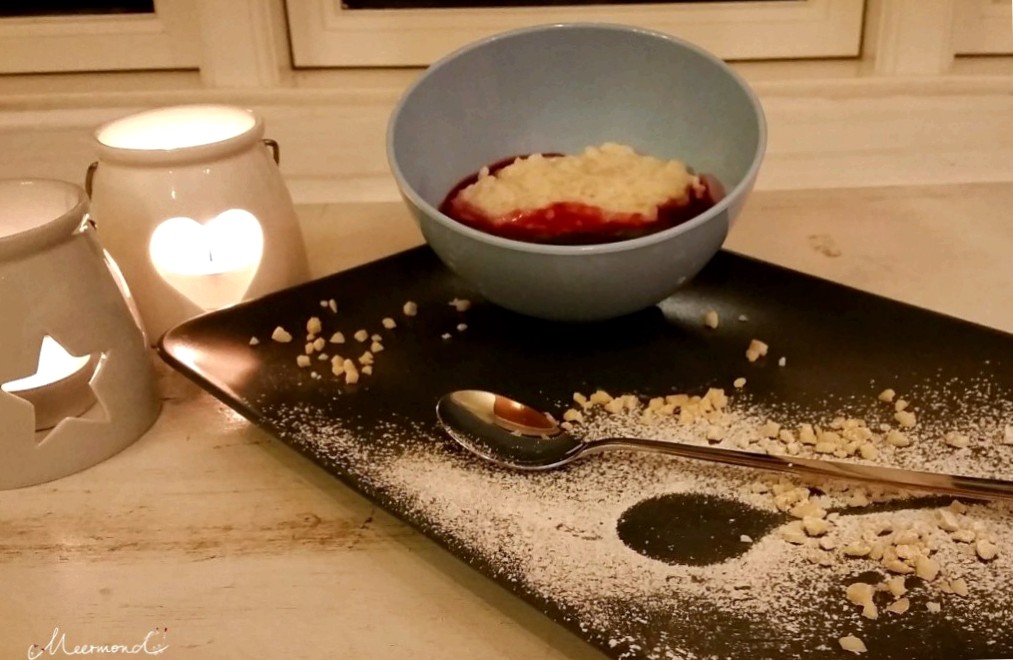 The world’s best almond rice pudding includes, of course, the& world’s best cherry sauce and one& Glasses of Gløgg. Or two.

The Danish Christmas is very similar to the German one in principle. On Christmas Eve, there are church services (in our community, there are several offered at different times), gift-giving and a family dinner. In contrast to the often rather spartan dinner in Germany (sausages with mashed potatoes), the Danes serve a feast that lasts several hours. There is practically everything from the goose to the ris à l’amande. To this, people dance, sing, throw dice and celebrate until everyone’s stomach hurts.

On Christmas days, people get together with family and friends for julefrokost and seamlessly continue the Christmas hygge of the night before. 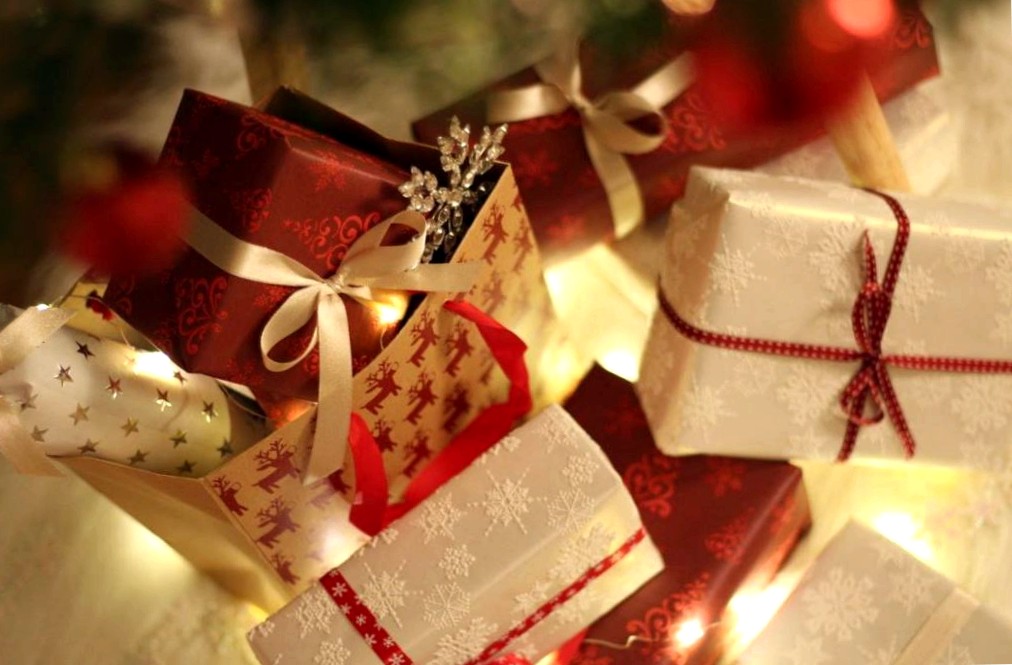 "How do you actually do it at Christmas?"

Many a Danish friend likes to get carried away by the Danish Jul. Whose lightheartedness and joie de vivre invites them to follow suit. But we withdraw just at Christmas from Denmark and its culture. We literally close the door and act very German:

We see the little lord, eat something with sauerkraut, drink homemade eggnog and put our Christmas tree in the corner of the room. And we do not dance.

Some people may not understand this, so I’ll explain it briefly. We do our best throughout the year to integrate and embrace new ways of life. But Christmas is very personal for us. It is a celebration with roots and traditions.