This fish is clearly in trend. It does not only correspond to our idea of Mediterranean cuisine but it can also be raised well in aquaculture. This makes it easily available and not so expensive. Fish from aquaculture never stands comparison with wild caught fish, this is also true for the sea bream. But on the other hand, if this method of rearing did not exist, we would rarely be able to eat this beautiful fish. 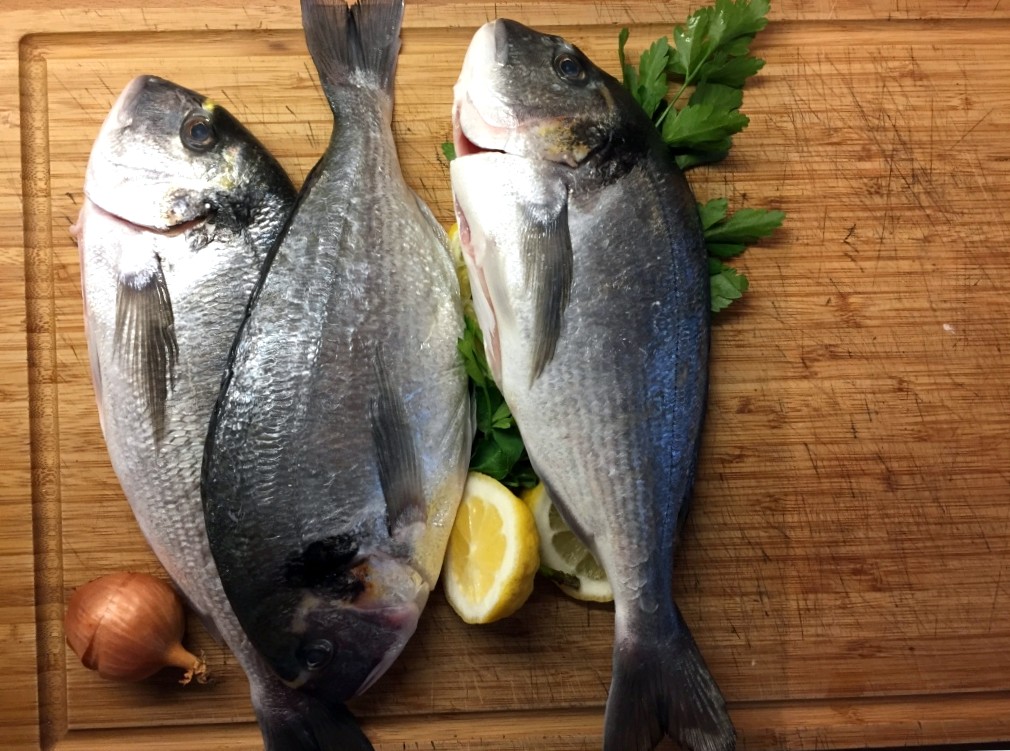 Dorado has relatively many bones, more than sea bass for example. But do not be afraid of it. Below I describe how I carve the gilthead, it’s really not complicated.

This dorade recipe is super simple. The fish is cooked in the oven in a tomato sauce. It stays nice and juicy and the sauce gives it the right seasoning.

Put all ingredients in a large pot, bring to a boil and then simmer on low heat for 1 hour. Season with salt and pepper.

In the meantime, from the gutted and scaled dorado, cut off the side fins with scissors. Chisel the fish (d.h. cut three times on each side, where it is particularly thick, see next photo) rinse briefly with cold water and pat dry.

Mix garlic, lemon juice and olive oil to make a sauce and spread it in the belly of the sea bream. Add pepper and salt.

Put the tomato sauce in a large enough bowl (metal or earthenware) and place the fish in it. The sauce should be high enough so that the fish sinks about halay into it.

Put the dish in the oven (middle rack) and cook for about 25 minutes. Pour the sauce over the fish several times. 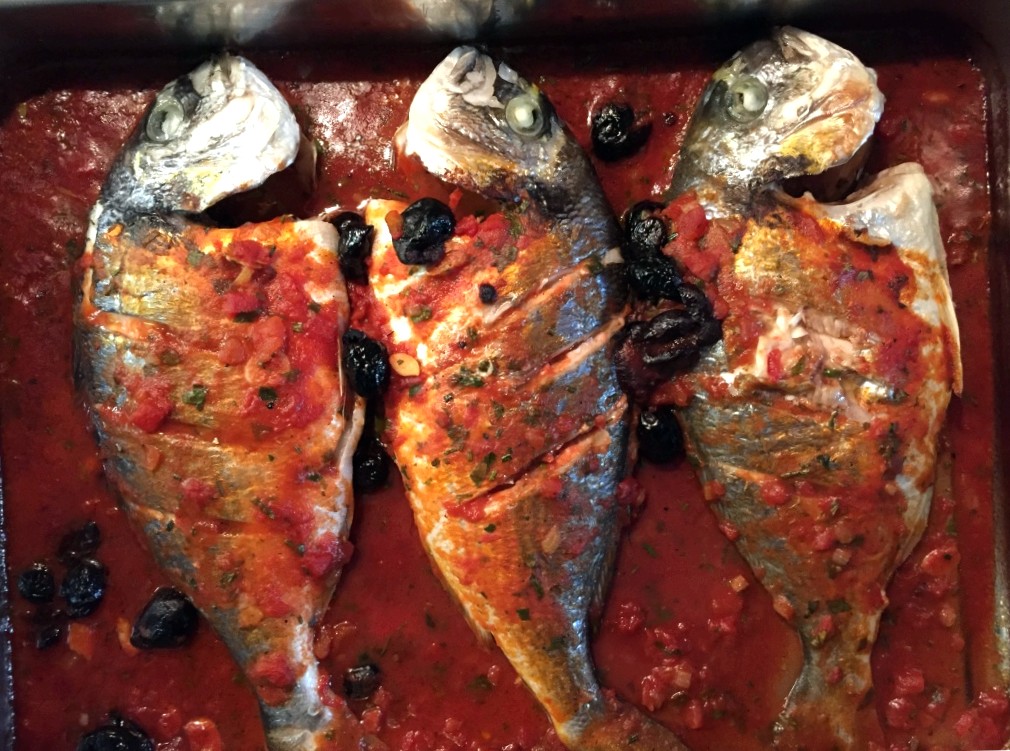 It’s easy: you take the shell out of the oven, make a small incision along the middle bone, where the fish is particularly thick (see below, incision no. 2) and lift the meat a little from the big bone. If it is easy and the flesh looks white and not glazed, then the gilthead is cooked. 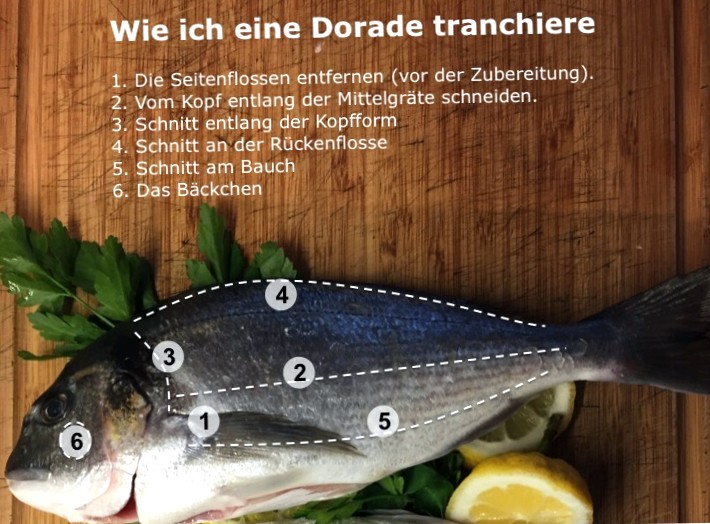 (2) First you make the cut along the middle bone, from the head to the tail.

(3) Then you cut along the head shape, between the gills and the body.

(4) After that, use the knife to carefully push away the dorsal fin. It does not stick and with it you remove a lot of small bones that you do not want to have in your mouth. It is not difficult, but care is needed.

Now you can carefully push the entire upper fillet away from the middle bone with a knife. If you’ve done a good job, this delicious thing doesn’t have a single bone left in it.

(5) Now follows an incision along the abdomen, cutting the lower part about in half. The top of these two halves is made of the best meat, but you will find some bones. The lower part is more something for people who like to "scan".

(6) Lastly, loosen the cheek under the eye. It is small, but good meat and without any bones.

I do not eat the skin with this cooking method, but peel it off carefully.

When you’re done with one half of your dorado, it’s easiest to flip the fish over and start again on the other side.

This dorade definitely goes well with a salad and a sturdy white bread. But also rosemary potatoes or potato chips.