Cheats for multiplayer games are equivalent to malware and their use in official competitions is considered cybercrime. 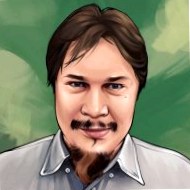 Back when video games were merely for one’s home entertainment, no one cared if players cheated. Even when multiplayer games became fashionable, few users cared about cheaters. But with the advent of e-sports, everything was suddenly turned upside down. Meanwhile, cheating is a big problem not only for players, but also for organizers, sponsors and millions of spectators. Not to mention the betting industry. Finally, there is often a lot of prize money involved.

What could go wrong?

Most games are hosted on servers or in cloud services – so you could assume that as a result, cheating has also decreased significantly. However, in many games the client program receives much more information than the player is allowed to see. For example, the program knows exactly where potential opponents are located. Of course, tech enthusiasts have found a way to use this data to gain an unfair advantage in the game.

Cheats allow players to see opponents through walls or similar obstacles and thus avoid ambushes. If the program knows the exact coordinates of an opponent, it is not difficult to create an automatic aiming function that will aim a shot directly at the opponent’s head. In addition, a cheat can automatically react to events in the game much faster than any human can.

Fortunately, cheating in major gaming events is much more difficult to do. For one thing, the game usually takes place on the host’s computers. On the other hand, specific observers need to closely monitor the gameplay of the participants. However, unscrupulous players still try to cheat.

Many such gaming events often begin with qualifying competitions where players use their home computers. Although the profits are significantly lower at this stage, players also have more opportunities to cheat. Crippling a strong team in this way at the qualifying rounds can only improve the cheaters’ own chances later on.

Fan websites are constantly publishing new lists of cheaters who have been caught and thus banned from any competitions. For example, here is a list of players who are banned from Counter-Strike tournaments. As you can see, the vast majority have been banned from tournaments due to the use of cheats.

Cheating in professional e-sports is basically another threat to the Internet, and software cheats are actually not all that different from malware. In addition, many Kaspersky employees are big gaming fans and quickly realized that our cyberattack detection technologies could be modified to expose cheaters at professional e-sports events.

The next logical step was to develop an anti-cheating system for e-sports organizers. Our cloud-based solution enables real-time monitoring of cheating attempts during the tournament and provides judges with technical confirmation of cheat use. Although the final verdict must still be made by a human judge, the system makes it easier to determine whether a player is cheating or not. Crucially, our system has no impact on performance or gameplay itself, as all the number-crunching is done on cloud servers, not on players’ computers.

Currently, Kaspersky’s anti-cheat solution covers two of the most popular e-sports tournaments: Counter-Strike: Global Offensive and PlayerUnknowns Battlegrounds. Our list will be extended in the future. You can find more information here.